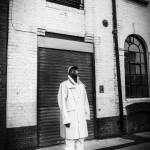 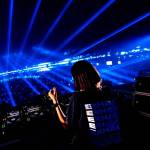 IN CONVERSATION WITH ORLI GOTTESMAN

The newcomer and very talented Orli Gottesman made her TV debut in Season 5 of Paramount+ hit series ‘Yellowstone’, which premiered on 13 November. She started modeling at the age of 5, which then led her to acting, where she’s now starting to build her career.

Orli, you made your TV debut in the hit series ‘Yellowstone’. How did it feel when you got cast on this project?

For me, I feel that being cast in any project has been nothing but an amazing accomplishment. But ‘Yellowstone’, crazy.  Never in a million years would I imagine that I would be on a number one show. It literally is a dream come true and at first was a bit hard to comprehend.

In this neo-Western drama, you’re playing Halie, a confident, fun and outgoing 16-year old, who gravitates toward Carter and becomes that person who gives him the chance to come out of his shell and to teach him about himself. Tell us more about your character and her story.

Halie and Carter have a developing storyline and yes, Halie is definitely someone that is really confident and strong. She has this organic and uncanny way in letting Carter learn about himself. He gravitates towards Halie. This will all unfold in season five, so you have to watch it. That’s about all I can say right now.

For your role in ‘Adeline’ you had to learn riding horses. What is it about horses that you enjoy riding still today?

For ‘Adeline’, we filmed on a ranch in Ohio and I worked with medicine horses and their owners who helped us get comfortable riding. I don’t live on a ranch and my schedule is pretty crazy at the moment, so I don’t get to ride horses as often as I like to, but I do take riding lessons to improve when I get the opportunity. When I first started riding horses, I was actually uncomfortable and nervous because horses are so big. I didn’t know much about them yet, but I have enjoyed getting to understand them better. I feel so much more comfortable every time I ride now.

Your career’s just at its beginning. What new things did youhave to learn for your roles so far, besides riding?

There is a good amount, I’ve learned so much from every role that I have done so far. A big lesson is to be persistent, work hard and know there is a road for you to take no matter how many no’s you may get. It took me a while to believe that in myself, but through all the experiences it became a lot more clearer. I’m doing what I love to do.

At the age of 5 you started modeling, which then led you to booking numerous commercials. How and when did you then step into acting waters?

About 6 years ago my mom signed my sister and I up for an acting summer camp in LA. This is where we got cast in a showcase film. The camp was amazing, we did everything. At the end of camp they put together the ‘Hollywood experience’, which included everything from red carpet, photographers and film we were a part of shown in a theater for everyone to see. The whole experience gave my sister and I an idea of what it was like to star in a movie. It was an experience of a lifetime and I wanted to experience it again and again and again.

Things in Florida have really opened up since Atlanta became more of an entertainment hub. About six years ago everything that I auditioned for was pretty much on tape, I was also going to an LA casting director. I do have a team that is all based on the West Coast and I know that is where the action is. Since Covid, a lot of self tapes or Zoom meetings is a norm, which has made it easier for us to travel back and forth and that has been pretty amazing so I can stay in school.

What would you say are the biggest challenges for a young woman building her career in today’s world?

I think one of the most important things to remember is that you are your own individual and any other person’s experience does not determine your career path. Get a great team to guide you, always stay positive and see your progress in every single audition or rejection.

You have an interesting heritage. Your parents are Israeli/Hispanic. What are the most important values you grew up with?

My sister and I are unbelievably lucky. Since we were kids, we have traveled a ton. We love the outdoors and spend a lot of time vacationing as a family. My mom has always been a huge animal lover and we have never had less than 3 or 4 rescue animals growing up, which has been lots of fun. We are super close and spend a lot of time together, going on snowboarding trips or to the beach in the summertime. Friday nights are family dinner nights and missing them is non-negotiable. I think the coolest thing about our family is that we are super flexible. My parents have their own business so we have a lot of freedom to have fun.

Besides modeling and acting you’re also a competitive tennis player and an accomplished snowboarder. Have you ever thought of being a professional athlete? Why is this not a career you’ve ended up with?

There was a time when I played USTA competitive tennis and at the same time did modeling, which then turned into acting. There wasn’t really enough time to do both, so I stopped playing USTA and just continued to play for fun. It wasn’t until last year that I started playing for my high school team. Now that I am older I can see myself playing competitively, but being a professional athlete requires 100 percent focus and dedication and I am 100 % focused on my acting career.

Orli, as an aspiring actress, what kind of projects do you wish to work on next in your career? Is there any actor or actress that you’ve always dreamt of working with and why?

Overall, I’m really excited to see what 2023 brings me, especially with ‘Yellowstone’. I’m rooting for Halie to be a lifelong rancher. I am just happy to be a part of something pretty amazing and I’m so excited for everyone to watch it unfold this season. It is honestly a dream come true to be a part of this incredible cast and to be a part of it. Right now, I am living my dream and it couldn’t get any better than this. Maybe doing a film with Adam Sandler.

TOMORROWLAND REVEALS THE LINE-UP OF ‘ADSCENDO – A DIGITAL INTRODUCTION’