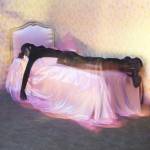 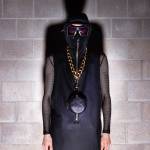 In conversation with Odesza

Odesza consists of Harrison Mills and Clayton Knight, this American duo has built their name with the albums Summer’s Gone’ (2012) and ‘In Return’ (2014). Their third album, ‘A Moment Apart’ (2017) was the big breakthrough, earnt them two GRAMMY nominations for Best Dance/ Electronic Album and Best Dance Recording for the gold single ‘Line Of Sight’ and high hit records worldwide.

In the Netherlands, they performed at ADE, among others, like Paradiso, TivoliVredenburg and AFAS Live, where they will give a show soon. They have also played at well-known festivals such as Coachella to Down The Rabbit Hole. After 4 years of silence, they are back and have recently released their fourth album!

Could you tell us a bit about yourself to our readers?

Well, we’re two guys that met in college, in Bellingham, WA, and really just shared in our love of music. Harrison was studying graphic design and Clayton was studying physics. Summers Gone, our first project, was kind of just a send off before we went and got real jobs. Since then, we’ve had the incredible opportunity to pursue this as our careers and are so thankful to everyone who has supported us along the way. We never really thought that was possible in the beginning, and it’s been a wild ride since.

In your on words, how do you describe the sound of ODESZA?

Wow, that’s a tough one. If we had to sum it up, we’d say it runs along the line of sample based electronic/pop with this kind of euphoric backbone to it. We’ve always been drawn to music that makes us feel something. If what we make does not elicit that emotional response we usually don’t push the idea any further.

“Nostalgic yet rooted in the present, it serves as a sweeping sonic experience that speaks to themes of connection and reminiscence.” Taken from this description of your new album, do you believe your music has changed & transformed through the past years or does it still have the same roots & style?

Yes, and no. We tried to push ourselves sonically within this record, but it certainly is an evolution of our music over the years and past projects. The way we approach building albums has stayed the same – we approach our projects on an album level, versus at the song level – we want to make a body of work that is cohesive, yet has this progression to it. Each track on the album has a purpose in that bigger picture, so we really can’t choose a favorite. But, the techniques have changed and the themes have progressed over time, which is such a central part to creating a cohesive project. For example, with our last album ‘A Moment Apart’ – it was such an internal record of self-reflection and the production really reflected that. With ‘The Last Goodbye’ we were inspired by the influence our loved ones have on us and the idea of coming back together, it’s much more celebratory in a sense, and pays homage to the past. We tried to convey that with the use of old samples, unearthing sounds from the past, using bits and pieces of our own home movies from childhood and interweaving those throughout.

What made you guys come back to produce music after these 4 years of silence?

We never really stopped, truthfully. We’ve been working on this album basically ever since we finished ‘A Moment Apart’ in different ways. It’s been a labor of love and really took us time to come to these realizations of what it was about and how we wanted to convey that. We took our time to really hone in on that and felt like this was the moment to release it into the world.

What was the most important thing that you really wanted to embody and showcase in this last album?

The power of connection. One of the main themes we kept returning to over and over again was this idea of the influence we impart on one another. How we echo on through each Other through time. We wanted to honor the past – in the form of samples from our own personal childhood videos and memories, our parents’ voices, etc. as well as taking these beautiful vocals and samples from artists like Bettye LaVette, Stephen Ambrose and Simin Ghanem and works that were released in the 1960s and 1970s and reinterpret them with contemporary production techniques. It was our way of coming to realize the magnitude at which the loved ones in our life can alter our trajectory, and really make us who we are.

What are some of your musical inspirations nowadays? And in your free time, who do you guys normally listen to?

There are so many incredible artists out there today. We’ve always been influenced by these legendary artists like The Beach Boys, Pink Floyd and those who’ve really revolutionized their genre. Nowadays, we continue to return back to those types of artists, but also find ourselves constantly discovering new ones who are innovating in their own right.

You guys have made music featuring so many great artists, who would be one artist that you would love to make a feat with?

Like Coachella, You have been playing on various legendary stages worldwide. What are your favourite types of gigs?

Every venue and festival stage has a different feel and energy to it. For this North America run we are currently on, we’ve gotten the unique chance to play an outdoor amphitheater tour, which is entirely new to us. It’s at a scale we haven’t gotten the chance to tour at, which is incredible to see so many people experience the live show, in this open-air setting. It’s kind of mind blowing that though there are more people than ever, it still feels intimate in a way, and that’s due to the community that’s rallied around our music. We’re so grateful.

We can’t wait to have you here in the Netherlands again! What are some of your future plans, perhaps Europe tour?

We can’t wait to be back, and that’s all we can say at the moment. Beyond that, you’ll just have to wait and see exactly what we have planned.