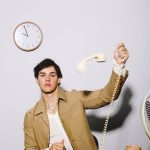 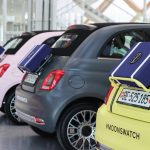 IN CONVERSATION WITH NUR JABER

Coming from Beirut, Lebanon, and now based in Germany’s capital, Nur Jaber is serving us with a new EP In My Memory, her tribute to eight years of living in Berlin.

As always, Nour releases an EP that highlights vocals and collaborations with artists that coincidentally come into her life at perfect timing. In My Memory features collaborations with German rapper Repeat, as well as a remix from O.B.I. whose unconditional dedication to the harder side of techno has been frequently featured in Jaber‘s sets over the years.

The EP also features vocals by Nour herself. ‘I kept waking up singing these words, after a dream of us dancing under the moonlight in a big rave somewhere by the mountains.’

NUMÉRO NL interviewed the talented and multi-faceted producer and Dj, who transcends effortlessly between different genres without setting herself any limits. Over the years, she did not only find her home on Berlin’s dance floors but also developed a deeper connection to fashion and expressing her feminine power.

What were your biggest musical influences while growing up?

Well, it started at the age of ten. I mostly had classical influences, because my father is also a musician and a bass guitarist. He really had a love for Classical and Rock music, and after a while, I started to play the piano, the guitar, and drums. After that, it went into metal music like Megadeth, Dream Theater, Black Sabbath, Led Zeppelin, all these kinds of rebellious sounds. Then I slid over to Trance and went into Tiesto, Armin van Buuren, all of this more emotional and vocal trance. So it slowly evolved into Electronic music, Tech House, House, and when I came to Berlin I got into Techno.

When did your connection to music and electronic music particularly emerge, and what has it to do with you settling in Berlin?

I was really used to Tech-House and House in Beirut, there were different electronic clubs that we would go to, but it was when I came to Berlin and when I saw all the crazy, endlessly access to different styles, sounds and music. This is when I really grew a deeper connection to Techno. I was fascinated by it! When I was in Berghain years ago, I heard Ben Klock playing and was like: “I want to be where he is!”. His sound and the whole energy were just so impressive and inspiring. Back in the day, it was crazy there – an experience that was just impossible to describe.

To what extent do the musical influences from your past reflect in your sound and your way of producing?

I think all the music and genres that I’ve embraced through the years reveal themselves in the music I write today. I use opera singing in many of my tracks, be it ambient, techno or vocal collaborations with different artists. I see this as the classical side. But I also use harder elements. The War Pig EP holds more metal music and screams, harsh distorted and raw. The Love Is In The Air EP comes from that place as well. Then you have the Bring Back Track, which is very transient. So I really try to combine all of this. The amazing thing for all artists is that we each have an entirely unique set of influences from childhood until now, and it’s what I try to embrace each time I’m in the studio to create music that reflects my story, and my journey.

How do you perceive the electronic scene in Lebanon, especially in Beirut, at this moment?

There are parties like Frequent Defect that are really pushing the scene forward in terms of being more experimental without limitations. They are really going for it and encouraging local and international artists as well as to kind of express themselves. I think they are one of the leaders right now in the techno scene. I recently played at Ballroom Blitz , which is one of my favorite clubs in Lebanon at the moment. The people want to party, and you can feel their energy, but still the vibe is different because of the explosion that has happened two years ago and the destructiveness of the country. In general, it is a very sensitive topic, and that’s why I’m trying to give back, and focusing more on how I can help artists from Beirut on an international stage.

Let’s talk about your new EP In My Memory. Can you tell me a bit more about the inspiration behind it?

In My Memory is my tribute to the eight years I’ve lived in Berlin and why I wrote this EP. Truthfully, I got kind of confused during that time. “Where do I want to go? Am I tired of Berlin? Who am I outside of Berlin?“ There was a moment where I was traveling with two suitcases, from couch to couch, country to country, and I was fucking lost. I went to Istanbul. I went to Switzerland. I went to Los Angeles, Mexico and Colombia – two suitcases and a small, small synthesizer that I have right here. I was writing the EP on the go and it was reminding me of how strong the dance community in Berlin is. Techno brings energy, love and unity all together, and that’s exactly how I remember Berlin from eight years ago. Most of my collaborations happen in Germany, in Berlin in particular – the place where I feel freedom of expression. A place where I feel connection.  In general it was an interesting and challenging time over the last couple of years – because we weren’t able to be out in clubs, not being able to dance. I missed the feeling of dancing under the moonlight until the sunrise, and that’s why you will also find some more melancholic and softer elements in this release. When it comes to collaborating with different artists I need to feel a connection with them. It doesn’t have to be personally but it can be through words, through listening to their music, and seeing similarity in our messages.

What’s the most memorable mesmerizing set you’ve ever played?

It was definitely the 11 hours and a half closing for Berghain!! Still, it’s my number one. Because I was able to go through so many different sounds, it wasn’t just pure techno there was House, Groove, Electro, Fairuz. Being able to maintain this energy on nothing except dark chocolate was amazing. It was a journey and I can’t get there if you give me an hour and a half, it’s like trying to put a whole story in an hour and a half, that’s not working. But also it really depends on the energy of the people and how you are communicating, how open they are and how open I am. Apart from that having some dark chocolate and coffee on the side is my personal secret.

How do you see fashion and music correlating?

I think that both are a way of communicating your message to the world. Through music, you’re expressing yourself from the inside out, through different sounds and textures. The listener can receive a feeling when they listen to it. And the same goes with fashion, as Lorand Lajos once told me; the designers are expressing themselves through different colors, fabrics, and textures. The viewers are getting a feeling through their eyes, the wearers are getting a haptic sensation through the feel of the materials feel when both are combined, it’s so powerful like you’re activating different senses of the eyes and the ears and skin. And I’m starting to realize this more and more these days.

How do you express yourself through fashion?

For me, it was just black tops and pants and I’d be ready to go. But when Lorand Lajos introduced me to his black sparkly Catsuit, something was activated in me and this emotion continued further in Los Angeles. I was feeling like expressing myself more with fashion. After I came back from LA I was ready to dress in sparkles. It kind of activates my feminine power. I felt my superpowers on the dance floor & behind the decks and I was shining through his outfits. I would have never, ever imagined that I would wear a cat suit that’s a bit revealing, you know. But somehow, I think when you start to become more confident in your body & in yourself, and you dress in such kinds of outfits, you suddenly feel it, like some shining armor.

Do you have any other projects coming up?

I do want to mention that I and Lorand are creating a fashion line together, that we’re very excited about extending the positive emotions we have had for anybody who wants to be a part of the shine and sparkles movement and is ready to wear these outfits. I’m really excited to share this with people. I have a lot of releases are coming up on my label OSF. I’m specially very excited about a collaboration with Luca Eck & Amstra. Luca & I have been working on a project for next year which I think is going to be special. We’re experimenting with a hybrid live set with our next release Fall to Pieces combined with released & unreleased music from us, with me on vocals. That’s something we are really enjoying and exploring at the moment, so stay tuned!

IN CONVERSATION WITH NOAH BECK