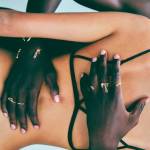 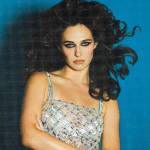 IN CONVERSATION WITH NORA VASCONCELLOS

Nora Vasconcellos moved in 2012 to Los Angeles, to pursue a life of skateboarding. And not without success, as in 2017 she went Pro, joining the adidas Skateboarding roster as its first female Pro rider. Nora is frequently participating in the X Games and awards like Red Bull’s Solus Women’s Fan Favorite, but has at the same time a creative talent that should not be forgotten. Last October adidas Skateboarding announced Nora Vasconcellos’ first signature Pro footwear accompanied by an apparel pack, NORA by Nora Vasconcellos. Designed from Vasconcellos’ artistic lens, the capsule draws inspiration from adidas’ heritage tennis silhouettes to create distinctive pieces with modern updates and elevated skate performance features emphasizing style, durability, and inclusivity. Numéro had the honor to interview the skateboarder and artist.

For the readers who might not know everything about you. How did your love for skateboarding start? And how did you get where you are today?

My love affair with skate began when I was watching the Nickelodeon show Rocket Power as a kid. I was inspired by the character Reggie Rocket and wanted to surf and skateboard as she did. I didn’t start skating seriously until middle school, around 2006. I grew up in southeastern Massachusetts so it wasn’t super accessible at first, but I started skating vertically in high school and just got really into it. After I graduated, I took a gap year and decided to move to California to take my love for skateboarding to the next level.

You are determined to show girls that they can also become part of the skate community. How do you want to be a role model for these girls?

I just want to be a role model for anyone who loves skateboarding and wants to be a part of the community. I want them to feel safe and inspired to be themselves.

Currently, society is changing its overall opinions toward gender roles. Why do you think this is important and how do you want to convey your message about this issue?

My thoughts go back to skateboarding here. I just think it is so expressive and healing and can give people confidence and solace. Personally, skateboarding is what gave me strength as a young girl to stand up for myself. I gained confidence and new friendships that really helped me navigate different times in my life.

You’ve always had an interest in art and illustrating, from customizing your clothes to illustrating your skateboard decks. And you’re currently busy on a collaboration with adidas Skateboarding. What is your overall inspiration for the work you make? What shapes your creative vision?

I draw inspiration from pretty much anywhere and everywhere—there isn’t a specific place. I love seeing what other artists create and how easy it is to get lost while painting or drawing. Art really keeps me present and relaxed. It can be a needed break from skating and is certainly softer on the body. When I’m injured, art really helps me heal and make time for myself.

How does the collaboration with adidas Skateboarding go into work? Could you maybe tell me more about the process, like how did you start designing and how did adidas pick it up?

It’s wild! I almost didn’t know where to start when designing this collection. In general, I like looking at the brand’s archives and seeing shoes and products that have heritage and tell a story. My ultimate goal was to make a sneaker that was like a court shoe I would have found in my mom’s closet. Something classic, but timeless…

Do you think the skate world changed positively compared to ever since you started skating? And how?

Completely! I think all around that skate has become more inclusive. It’s a much better space now with room for everyone, in my opinion. I know I’ve personally experienced so much more inclusion and now being Pro, it’s just natural.

I read that you are/were dealing with a panic disorder. Could you maybe share how you’re dealing with this during everything you do and why it’s important to talk about mental health?

If you dream big, what do you want to accomplish in the future?

Yes, I had an undiagnosed panic disorder and general anxiety until my early 20s. Learning how to cope with therapy and meditation has really eased my anxiety and I just feel so much more in control these days. Acknowledging it and asking for help is the best way to start, and it gets easier and easier from there. I hope that I can inspire people to be honest about how they feel and to know it’s ok to ask for help.

What advice would you give to younger kids, who don’t feel welcomed in their sports and other interests?

Just to know that they belong and to trust the process. Don’t be afraid of new people and experiences!

IN CONVERSATION WITH DEVON LEE CARLSON