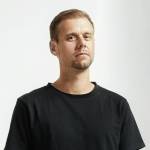 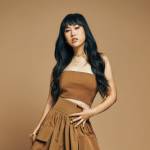 From appearing in ‘To All The Boys’, one of Netflix’s most successful global film franchises to date and bringing charming, heartfelt characters to life on television, Momona Tamada has quickly become the ‘one to watch’ in the entertainment industry today. She can be currently seen in the action feature film ‘Secret Headquarters’, which premiered on 12 August on Paramount+.

Momona, you’ve quickly become the ‘one to watch’ in the entertainment industry with the huge success of Netflix’s film franchise ‘To All The Boys’. How has this franchise turned your life around?

I was a big fan of the first movie, so the fact that I got the opportunity to work on the second and third one was crazy. I learned so much just being on that set. It was one of my first jobs ever, so being able to be in that environment, with all these people who are already so well known and on such a big franchise, it was really an honor. And I think that I get to say that I learned my first steps in navigating this industry on the set of ‘To All The Boys’, which is crazy.

You’ve filmed two films in the franchise. Which one was your favorite, story wise?

I feel like you can’t ever beat the first one. That one is such an iconic kind of staple movie, but I really did love the last one. I think it wrapped up such a big and great franchise in the most perfect way. It was super sweet.

Currently we’re able to see you in Paramount+’ action feature film ‘Secret Headquarters’, opposite Owen Wilson and Michael Peña. Tell us more about the film and its story.

It is definitely a fun-filled action film for the entire family. It’s about Charlie and his friends, who discover secret headquarters under his home one day and they kind of have to work together to defend the headquarters. I think it’s a really great movie about friendship and family.

How has it been working on an action project, opposed to starring in comedies?

It was always my dream to be in an action movie of some sort. I have a dance background, so anything that involves being active and getting to do stunts and fun stuff has always been something that was definitely on top of my goal and wish list as an actor. Working on an action movie is really cool, cause everything about it is different. The pacing is different, the tone in general is really different. So it was really fun to learn and get to rediscover a new side of acting, that I hadn’t ever been a part of before.

So you would say that action movies are a closer genre to you?

I definitely did love the action side. But ‘Secret Headquarters’ did have a lot of comedy in it as well. So for me it was like the perfect kind of storm of a movie.

This year you will also star in Netflix’s mythological adventure series ‘ONI: Thunder God’s Tale’, which will be a four-part animated event. Animated projects are completely different from the projects, where you get to act. What would you say is the hardest part of starring in an animated project?

I think just learning how to use your voice is a completely different thing. Something a lot of voice coaches and actors say is that the microphone is kind of like your camera, so you have to project everything you’re feeling and everything else in your voice. For me it was a really big change because I’m so used to emoting, especially with my face. Having to learn the ropes of voiceover was really difficult for me. There’s also this portion of voice acting that you just really gotta go for it and let go completely. That was was a challenge for sure, but honestly I think after working on ‘ONI’ and getting to have that experience, it’s definitely broadened my experiences as an actor. And all the stuff that I’ve learned on voiceover sets are things that I can apply to the acting world.

Viewers also got to know you from your breakout role in Netflix’s ‘The Baby-Sitters Club’, based on Ann M. Martin’s book. The series followed a group of girlfriends and their homegrown babysitting company. What will you miss the most about this series and from the set, now that it ended?

I’m definitely gonna miss all these characters and all the girls. I think ‘The Baby-Sitters Club’ was definitely a once in a lifetime opportunity for me. I can’t think of very many shows or books that have such a well rounded and so well represented cast. And especially after the shows ended, I definitely felt the impact that the show had on other people, from just hearing what everyone had to say about it. It felt really special, because for the first time I really recognized how special of a show it was, considering the stories that we were able to tell and the people that we were able to reach. It’s really hard to find a kids show that has so much representation and covers such real topics. So it makes me really proud to say that I was a part of such a loved and impactful show.

In the series you play Claudia, the vice-president of the club, creative artist and all-around fashion maven. What are some of Claudia’s characteristics that you would like to adapt in your personal life?

I would say that after playing Claudia I definitely broke out of my shell. I was a lot more shy and kind of closed off, but after being able to take on the role I was able to open up and just be more myself. And Claudia’s definitely a really good advocate for that. She’s definitely super confident and she’s all about being yourself. So that’s something I definitely adapt to my everyday life, finding your own confidence and finding the comfort in yourself.

Have you always known that you wanted to be an actor or did you have any wild ideas as a kid on what you want to do when you grow up?

Being an actor was definitely not within my radar. I have a dance background, so I was definitely set on probably dancing, maybe in TV shows, which would be kind of cool, but never being in the TV show. I definitely had some crazy dreams. I wanted to open a bakery and become an owner of a cafe and stuff, but the second I was introduced to acting I fell in love with it right away. I feel like I belong here and it’s really cool to have the opportunity to share my passions on screen and also just have my passion be a part of my work, which is crazy.

What is your favorite thing about acting?

The idea of being able to completely step into someone else’s shoes for a day. You get to be someone who you’re not, without there being any stress and I find a lot of fun in that. It’s really fun to experiment and it’s a really safe place too. If you’re within the right group of people, there shouldn’t be any judgment and it’s just really fun to play. For me, it kind of almost connects you to your childhood.

When you said that you have a dancing background, did you do dancing professionally?

I did dance at a pretty high level. I’ve been dancing since I was four and it was definitely kind of my whole life. I did everything, ballet, tap, jazz, lyrical, hip hop. I tried to keep myself as well rounded as possible. And when I first started out with acting, I did a few dance background jobs. When I was on those sets, it was so cool. Like a completely different world that I was used to, but I never once thought that I’m gonna be the one in front of the camera one day.

When you’re not busy filming, what do you love doing the most?

Just living my life and being a teenager. I love spending time with my friends, going to the beach, especially now that it’s summer, and just taking time for myself. When you’re working, it’s very busy all the time and you always have to be on top of everything. So getting time to relax and spend time with my friends and family is definitely one of my favorite things to do.

What can you share with us about your upcoming projects?

I’ve just had the opportunity to be a part of this super exciting, highly anticipated series. I can’t share more about it yet. It’s definitely still under wraps, but I hope that people will stay tuned.

IN CONVERSATION WITH ARMIN VAN BUUREN

In conversation with Ramona Young