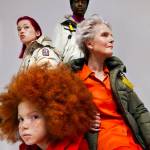 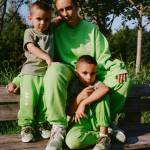 IN CONVERSATION WITH MICHAELA JAÉ RODRIGUEZ

Let’s start from the beginning…What got you into acting? Is it something you had always dreamed of?
Acting was not my first venture, it kind of came into my life sporadically. I was going to Berklee college of Music in Boston, studying songwriting and minoring in performance. When out of nowhere my first opportunity came to me through RENT (the musical). I figured since I loved singing so much, was at a musical school, had been training for 10 years before Berklee, I figured why not do everything? Little did I know my career would take off in such a big way. I got my debut opportunity on Nurse Jackie with Edie Falco and after that I decided this is what I want to pursue alongside being a musical artist.

Who was your first inspiration? Who were your heroes; people you looked up to who made you feel seen?
My biggest inspiration is my momma. She’s the original producer. She’s the one who instilled all the strength, confidence, nerve, audacity in me. My heroes are all of the women of color in the industry who had to fight for their worth, dignity in essence. For them, I know the road was a hard one, and though it reminds me of how much work I will have to do, it’s worth it! These heroes show me that the hard work will all be worth it!

You yourself have now become an aspirational person to many, a hero. What is that like? It must feel like such a full-circle moment…
I never really saw myself as a hero. But it definitely has been a full-circle moment. I only wish I could fly and have superstrength or the power to read someone’s mind, but all I have is the power to instill hope, if that’s the trait of a hero then thank you but I think it’s generally what people should do. I’m so thankful that my work can encourage others to take a step back and smell the flowers, take a moment and reflect on how worthy they are to be here, take a moment to really see the purpose of why all of this is being done and why not only me but everyone has a part in it. I’m only just a speck.

What is your relationship with clothes and personal style? Do you think fashion is a tool that helps you express yourself?
Fashion and clothing are one of the puzzle pieces that bring everything together, alongside the hair and the makeup, if we didn’t have one or the other it’d be an unfinished look… that’s why I appreciate it so much. More than anything, I appreciate the people behind the scenes who make it happen, I’m only an element of the puzzle, there’re so many people that make it one cohesive look. My relationship with clothes and style is quite personal, because it’s my own self-expression. When I wake up in the morning and decide what kind of clothes to wear, it’s a statement, it’s for people to not only see how I look but how I’m feeling. Honey if I’m wearing booty shorts, I want you to see the body.

Were you a fan of Calvin Klein prior to the campaign? What are some of your favorite pieces from the collection?
I’ve been wearing Calvin Klein since I was a child, so yes! Huge fan. When I got the call to be a part of this campaign it was an instant yes. Some of my favorite pieces to wear are Calvin Klein’s underwear, the cotton is so comfortable on my skin.

After a history-making Emmy nomination last year, what are your next steps? Any exciting projects coming up that you feel proud of?
After the Emmy’s I feel like there’s no limit to the sky. Anything is possible now. And Yes! I do have a few things my paws are scratching at: I’m diving in as a producer, I’m taking on new projects as an actor of course, and working on new music that’ll be coming out soon. Basically, what I’m trying to say is I’m trying to get that EGOT!