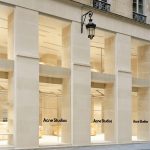 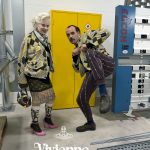 IN CONVERSATION WITH MATTHIAS MAURER “IF YOU DON’T HAVE A DREAM, YOU CAN NEVER REACH IT”

The space-worthy Indonesian goulash (“Rendang”), developed for space in cooperation with LSG Sky Chefs, was cooked by ESA astronaut Matthias Maurer at the WORLD CLUB DOME in Frankfurt while millions of people around the world joined in to prepare the dish. At the start of the event, the WORLD CLUB DOME virtually connected with 50 alobal dinner events, each having a star chef and a top DJ entertain their prominent guests for a good cause. At the same time, this event also marked the start of BigCityBeats CEO and WORLD CLUB DOME creator Bernd Breiter’s “One Billion Meals From Outer Space” initiative, which aims to raise 1 billion food donations for aid organizations.

Numéro had the pleasure to have a small conversation with ESA astronaut Matthias Maurer.

“It appears to so many people that we usually cannot reach certain things, when we talk about space, people say “sounds interesting but I don’t understand it” and they close their minds. So now we created a medium, a way to talk to people, to transport our passion for space and the combination between science and entertainment. We find new ways to access people because we believe our topics are really engaging and also important for the future, we aim to motivate people to look to space and think that it is possible.

How did this collaboration with BigCityBeats start?

The collaboration with ESA and BigCityBeats started earlier before I was involved. Bernd had the dream and ambition to make a club in zero gravity so he contacted ESA and said “you have this nice plane where you train astronauts and conduct experiments in zero gravity, I want to make a club there”.

Parabolic flights reproduce gravity-free conditions in an aircraft by alternating upward and downward arcs interspersed with level flight. They provide a microgravity environment for scientists to conduct research without going into space.

In 22 seconds you are just floating like a bird, like an astronaut. The Director General of ESA was convinced that it was an interesting concept to combine space, science and music and it was a huge success. Then Bernd had another idea “maybe I can have a DJ in space”, obviously to train a DJ to become an astronaut is very challenging so he thought about training one of the ESA astronauts to become a DJ. After seeing how successful this was, Bernd thought we can do even more, so the idea was born that we cook in space and that we eat together because then you are relaxed, you are enjoying, you can talk and resolve conflicts like we have so many at the moment. So it’s a very nice and important concept to bring people from all around the world to space, embrace the world and just be one, unite the planet.

Did you always knew you wanted to be an astronaut?

For sure I never dreamed of becoming a DJ or cook in space [laughs]. When I was a kid I saw on TV that there were people flying to space and I was like “wow” but it was so far from me, so big, that it seemed like it was only for superheroes. I didn’t even dare to dream about it, and this is the biggest message we want to pass to the young people today; if you don’t have a dream, you can never reach it.

I finally started to dream as an adult. I saw on the news that ESA was looking for astronauts and it got me thinking about what an astronaut actually does. Now they are doing a lot of science in space so it’s lots of engineering, science, it’s working with international teams and obviously a big adventure, and that’s exactly what I wanted. I’m an engineer, I’m a scientist, I studied in several countries around the world and I love to have this broad picture, the dare to dream and achieve something. So in 2008, I realized that this was what I wanted to do. I was 37 at the time, so it just shows: it’s never too late to dream.

What’s next for you?

I just came back from space 3 weeks ago so first I need to get used to gravity again. Everything feels heavy, so I need some rehabilitation until I’m fully fit again. And then I want to fly again, to the moon perhaps. ESA is currently preparing a return to the moon with NASA and we are building a small space station that flies around it to then land on the moon. There is this big dream that we have in Europe to fly a European astronaut, female or male, to the surface of the moon. We think Europe needs to become independent to grow and be on the same level as NASA, that’s why we want to raise awareness in the public that we Europeans can do it, so my goal is also to contribute to the unification of Europe. we are one. We are European.