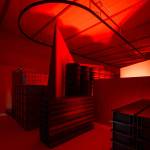 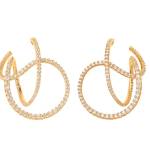 IN CONVERSATION WITH MADISON BEER

Madison Beer is an American singer, whose YouTube covers in early 2012 gained substantial media coverage. ‘Showed Me’, her new single from her upcoming second studio album will be released on 14 October, with the album coming out soon. Over the years Madison has also proven herself as a powerful brand partner, most recently being named as newest ambassador for Fenty Beauty.

Madison, your career started with you posting covers on YouTube, where you gained huge media coverage. Did you know at the moment you posted your first cover that you really want a professional career in music?

Funny enough, growing up I always wanted to be a singer. That was always what I wrote when asked  what do I wanna be, like in kindergarten, first grade, second grade, third grade, always. But I don’t think that I really thought about it in like a professional or career way. I just knew that I wanted to make singing what my life revolved around. So posting them wasn’t really my way of getting myself out there. It was truly just because I loved to watch covers on YouTube and I wanted to be a part of this. But I guess subconsciously I always wanted to have a career in music.

Your debut album ‘Life Support’ was a strong personal and artistic statement. The album saw you continue to be at the helm of your artistry through writing your own songs, producing and creating your own visuals. What is the most fulfilling part of the whole process of creating music for you? Writing, producing, recording in the studio or then performing live in front of the audiences?

I think both are huge playoffs. I think seeing people sing these lyrics back to me, it’s still mind blowing and I can’t really wrap my head around it. And I think that writing is so amazing and therapeutic and I feel like I’ve been able to express emotions in a really healthy way for me. I feel really grateful that I can have something like that as an outlet. There’s definitely not like one is better than the other, it’s all just incredible. And I could reach people and touch people with my experiences that I’ve put into song. That’s the dream and that’s the goal. So I feel really grateful.

At the end of August, you released your first single from your upcoming second studio album. What is this single, ‘Dangerous’ about and how would you describe it?

‘Dangerous’ is an interesting one. It felt really important for me to release it first, because I felt like it was a mature evolution sonically from whether it’s selfish or reckless. And I think I knew it wasn’t gonna be a single we were gonna push, it was more something that I wanted to get out and just have it exist in this space. I think that for me, something that’s important is showing that you can have a song about having this bad b**** attitude, I don’t care, I’m moving on attitude.

On 14 October, your new single from the upcoming album, ‘Showed Me’ is coming out. Tell us more about this new single.

So ‘Showed Me’ is definitely in my top five on the album. It’s such a cool song and I think it really embodies this new sound that I’m going for. I’m a huge fan of like a bit older music and this song by The Turtles, called ‘You Showed Me’. I think they’re incredible and I’ve never done a sample or interpelation of any kind. And I think that playing with them in the past, they always all felt a little too on the nose or obvious, whereas this one was just a cool song I had stumbled upon and thought this could be really cool. I was excited to take a jab at what I could do with it, so I’m really excited to hopefully give it a new life.

What can your fans expect from the upcoming second album?

I’m really proud of it. It’s definitely my proud work. I think it really shows me and the music that I wanna make. It feels the most me yet. I think that it’s really cool and I’m really excited about it. I can’t wait to perform it live and the tour is half of the fun for me. I really love performing live, so I’m excited for this next year. I think it’s gonna be a really fun one. And I hope people connect with the music. It’s a very rollercoaster album, it’s not just one sound, one beat. There’s a lot of up and downs, there’s a lot of really personal songs. I think I’m the most honest in this body of work that I’ve ever been.

What or who is and has been your biggest musical inspiration over all the years?

I’ve had a lot. To name a few artists off the bat, I love Melanie Martinez, I love Billie Eilish, I think Steve Lacy’s amazing. There’s so many artists who I really do adore. I love some older artists, like The Zombies or The Turtles or The Beatles and just people who I think are obviously tastemakers and generational influences that will pass all of us forever. I think that it’s cool to listen to older stuff like that and just feel really tapped into it, so I try to pull things from people who I’ve loved my whole life.

Besides music, you’re also a powerful brand partner. You were just recently announced as ‘Fenty Beauty’s’ newest brand ambassador. What does becoming Fenty Beauty’s ambassador mean to you? What makes you identify with the brand?

I’m a huge fan of Rihanna’s, I’ve always been. I’ve loved her since day one of my career, so it’s been a huge honor. I think that what she’s created is incredible. I love supporting other women and I’m just honored that she asked me to do it. Currently I’m working on my own stuff, so I think it was a perfect thing for me to do at the time being and kind of be a part of that make-up space, but not necessarily be launching my own stuff just yet. It just felt perfect and I’m still blown away that she would ever even want me a part of anything she’s doing.

Totally, I would love to do my own stuff. I think that sounds really fun. I love designing things and conceptualizing clothes that would be cool or look cool, so I think that’s definitely in the future for me. But yeah, my collab with Bohoo was fun. They were super down to let me throw ideas at them and they executed them really well and I wanted something easily accessible. I see people wearing stuff from it all the time and I think it was just a really fun thing to do.

My opinion on social media is you have to know what you’re signing up for and I do believe that it’s the person signing up for Instagram or TikTok’s responsibility to know that you are only getting that 0.1 % of a person, to know that this is the best photo out of 800 that you took. And as much as I wish that Instagram wasn’t always like that or social media wasn’t always like that, even people who are super transparent, you are still only getting such a small fraction of them. So I think it’s all about the relationship with yourself, this is the emphasis you should have. Once you can come to a place where it doesn’t matter how pretty someone else is, it doesn’t matter what anyone else is doing because you love yourself enough that it doesn’t, I think that’s super important. It’s easier said than done of course, but I just feel like it’s up to us.

We can’t point blame at these creators or people who are posting only their best. I’m guilty of it. I think that most of us are. And I think saying that these people are setting false standards, why are we blaming the people who are a part of the system that was created and not the system itself? I don’t like seeing people tear other people down and put side by side photos of people trying to say they don’t look the same or whatever. I think it’s wrong and I think that we all just wanna fit in. We all just wanna be liked. So I think we should just treat each other a little bit nicer and also try not to spend too much time on it. I think that’s important. Contain your relationships and friendships in the real world. I think that social media is kind of nonsense a lot. So I think emphasis on you, emphasis on those you love and the rest shouldn’t even really matter.