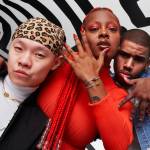 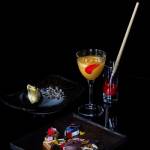 IN CONVERSATION WITH KYLA PRATT

Kyla Pratt returns to her role as Randi in Fox’s hit comedy series ‘Call Me Kat’ for the series 3rd season, premiering today. She will be also seen in 2023 reprising her iconic role as Penny Proud in Season 2 of ‘The Proud Family: Louder And Prouder’ on Disney+.

Kyla, you began acting at a young age. How did it feel being a child star and part of the Disney family?

It felt like I had a normal childhood. I felt like a kid who was able to do fun things after school. Acting was my extracurricular activity. I didn’t realize how cool it was until I got older.

How would you describe your transformation from a child star to an adult actress?

I’m not sure how I would describe it. During that time, it felt weird because so many people saw me as a child and I have always been super mature, so that bothered me back in the day. Looking back on it, it was a time in my life where I felt unsure about a lot of things. But I always knew I was going to continue acting, I just didn’t know when, how or what. But here we are.

Your roles have always been outspoken and relatable. They’ve celebrated true feminism and black culture. In your opinion, why is the diversity and representation so important today, not only in the industry, but also in life in general?

Diversity and representation has been and always will be important in anything and everything. Being able to see yourself or a representation of you is motivational and allows others to be able to believe they can do anything. For so long, certain dreams didn’t feel attainable because certain genders, races, etc. were not being shown in entertainment, as well as most spaces. In real life the world is a melting pot. There is no one type of person.

On 29 September you’re returning as Randi in Fox’s hit comedy series ‘Call Me Kat’. Tell us more on what can the fans expect from the third season?

Season 3 is hilarious. I’m so excited. We started filming ‘Call Me Kat’ and premiered during a global pandemic. It was difficult to develop this show and these characters while the world was unravelling. I feel like in season 3 we are finally finding ourselves. We have the same love and energy from the first two seasons, but now we know us. We are having too much fun acting a fool and are ready for the world to see this show come even more alive.

Next year, you’ll be also reprising your role on Disney+ sesond season of the animated series and revival, ‘The Proud Family: Louder and Prouder’. What do you love the most about your character Penny?

Penny Proud is Loud. That has to be my favorite thing about her. She’s also funny, caring, silly, independent, strong, family oriented and a real friend. She is well rounded though, because she can be selfish and petty too. But I think that’s why so many people love her. Her life qualities make her feel so real and relatable.

As a member of the Disney Channel Circle of Stars, you’ve done some singing in your career as well. Is music something that you’ve ever considered as a career, besides acting?

I have always loved music, but acting is my first love. I would only dabble more in music if I was able to give it the energy it deserves. I don’t half-do anything.

My interest is in making sure mental health is a priority for all. I think social media plays a huge part in our mental health nowadays. Years ago, I remember seeing news specials about children and teens having to deal with bullies at school, then having to go home and deal with it online. Also, social media kind of makes us want to have things instantly instead of understanding all of the work that needs to be done to get to a certain position. It makes people compare themselves and their lives to strangers who are probably only showing the perfect side of their lives. It can be very dangerous if you aren’t able to recognize how it makes you feel.

Being a mom of two girls, this is even more so important for you. What do you believe is the best approach to motivate young women?

For me, the best approach is being an example. And I don’t mean to be perfect and do “perfect mom things”, I mean to show them I am real. I’m a human being that has great moments and crappy moments. Life is all about how you navigate it and not allow yourself to get discouraged. And understanding if you do, it’s ok, but don’t stay there. I want my children to dream big and not limit themselves. And in order for me to want them to do that, I can’t just say it, I have to live it.

What are some of the activities that you enjoy the most in your free time?

I’d say working out, spas, amusement parks, learning something new and anything with my kids.

If you could choose to reprise your role on any of your past projects, which one would it be?

Oh wow. I usually say none, because a script would have to be super special for me to go back. But I’m going to say Brianna from’ One on One’, because I know a lot of people would love to see it and, never say never.