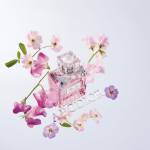 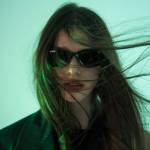 IN CONVERSATION WITH KOREAN INDIE ROCK BAND THE ROSE

Guys, you debuted in 2017 with the soft-rock hit ‘Sorry’. Tell us more about how the four of you met and decided to start a band?

Three of us, Dojoon, Hajoon and Jaehyeong, were in a band called ‘Windfall’. There’s still some footage floating around somewhere of our busking days. Eventually, Woosung joined the band and we became ‘The Rose’. It took some time for us to figure out our sound, but we knew when we released our debut single ‘Sorry’ that this would be a lifelong journey together.

The Rose quickly became one of Korea‘s hottest groups spending the next few years releasing critically acclaimed albums and playing all around the world. Have you ever anticipated such success, not only in Korea, but also internationally?

We don’t think we could have predicted this success, but we don’t ever take it for granted. We feel very blessed to be able to write and perform music for a living. Traveling the world is every musician’s dream.

You recently released your new studio album ‘Heal’. Tell us more about the inspiration behind this album and its songs.

The concept for ‘Heal’ started with our belief that music has the power to heal. ‘Black Roses’, our fans, submitted thousands of stories to us about their healing journeys and it really inspired us to dig deep into our own experiences and to write from the heart.

When recording and creating new songs, how do you all decide which songs make it on the album?

It’s always a group decision. When one member presents an idea, we all listen and try to envision the song as a whole. We all generally get along in the studio, but we take the process very seriously. Our biggest “arguments” have all been over musical decisions.

Your band’s motto is “music heals”. Why do you belive in the healing power of music and why do you think music has such impact on people?

Music has been around since ancient times and people speculate its origins could have been for many reasons, all pertaining to emotion. For things like love, relaxation, spirituality and celebration, music has been a communal way of life since the beginning of humankind and will continue to have a major emotional impact forever.

How important are fans to you and how much does feedback from them inspire you?

‘Black Roses’ mean the world to us. Without them, there would be no us. We treasure every comment and note from our ‘Black Roses’. Especially for this current album cycle, the enthusiasm from ‘Black Roses’ continually inspires us every day.

In 2019 The Rose had a brief hiatus. How did it feel to reunite again?

We were all very much looking forward to our reunion. When it finally happened, we were all very happy to be together again. It seemed as if nothing had changed and we all picked up right where we left off.

Being in a band is not always easy. What are in your opinion the most important ingredients of a successful band?

Finding a group of like-minded individuals is tough enough. Then finding people who have compatible tastes and skills, as well as the same passion and perseverance is even harder. Above all that, the most important ingredient is good communication, being able to listen to one another and respect each other’s ideas and opinions.

Together with your new album, you’re also on a world tour, visiting North America, South America, Europe and Asia. Which performance so far could you describe as the one that you will never forget and why?

We just finished North America and South America. Asia and Europe are next. It’s very difficult to pick just one performance. They all have distinct memories and different aspects that stood out to us. From crowd energy, sound, lighting and Meet & Greet experience, there are so many factors that have to come together for a great concert. Each stage is special.

Why do you think K-Pop has become so popular around the world in the recent years?

We’ve watched K-Pop and Korean culture in general grow and grow every year. Not just music, but movies, TV shows and food too. It seems like every year there’s a new thing that raises the bar and awareness even further. Maybe thisyear it’ll be us.

Besides the release of your new album and your world tour, what is next for The Rose? What kind of music can we expect next from you?

We’re touring until February 2023. After that, we hope to take a little time off to recuperate and refresh our bodies and minds. Then we have a lot of exciting things to plan for in 2023. Festivals, new music, more shows, maybe a new TikTok “season” and a lot of surprises along the way.

‘THE MAZE GAME’ BY LUISA PAGANI