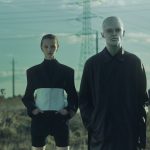 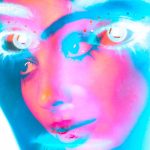 IN CONVERSATION WITH KAUSAR MOHAMMED

Kausar Mohammed is a talented and influential activist and actor from the hit CW series ‘The Flash’ and Netflix’s hit animated series ‘Jurassic World: Camp Cretaceous’, which returned for its fifth and final season today (July 21).

Kausar, you’re playing Dr. Meena Dhawan a.k.a. “Fast Track” on CW’s hit series ‘The Flash’. What drew you to join the cast of this hit series?

Your character in ‘The Flash’ is described as a titan in the scientific community, who leaves a balance for a lot of scientific experimentation, but has a moral compass. What is the most exciting thing about your character’s story?

For me, the most exciting thing about my character’s story is how we get to see her struggle with her new powers. And there is such a fun arc throughout the end of the season. Without giving away any spoilers, I’ll say how much I loved playing on the dark side a bit with it. Well, my character Meena did not enjoy it as much. But me, as an actor, loved it.

You’re starring in Netflix’s animated series ‘Jurassic World: Camp Cretaceous’, which is premiering its fifth and final season. What can you share with us about the final season?

It has been a long ride with these six kids. I play Yaz, one of the more athletically inclined characters who’s used to working alone, and who really comes out of her shell throughout the show. And by the fifth season, that transformation is really apparent. She has found this family and gets to explore the power of her relationships in a totally different way.

You wrote and starred in the 2021 holiday romantic comedy ‘The Syed Family XMAS Eve Game Night’, that follows Noor, a Queer Pakistani Muslim woman who brings her Puerto Rican girlfriend home for the first time on the family’s annual game night, which happens to fall on Christmas Eve. What made you decide to write a story with such a strong story?

This story was inspired by real life. So I am the baby of two older sisters and one holiday season I was introducing them to my partner for the first time. And I was so scared of what they would think. I felt like if they didn’t approve, I’d have to break up with her. The short film was inspired by that experience. In real life, they absolutely loved her. And my partner also became the lead producer on the project. But all in all, I wanted a story where I could, in a sense, see a reflection of my own family and relationships, and within it all see a queer love story thrive.

This short film is a landmark for Muslim women and Queer people in the film industry, as they are missing in popular film. What do you think should be done to include these important issues more in the industry?

We need more stories of joy for Muslim folks in Hollywood. We laugh too. We have fun. Not everything is grim and dreary, because we are human. But so often we’re not given the opportunity to be seen as whole on screen. So that is what I think should be done, allow our narratives to be shown, even when we don’t serve as a tool in a white man’s story. As for non-binary and queer representation, especially with everything that’s happening in the world right now, we need it as a reminder that queerness exists. It is normal, we are here, we have been here, and we will continue to be here. Our queerness is a gift and we particularly get to see that a bit in the short film, how our main characters really love each other and aren’t shaken by the wildness of the environment around them. And at the same time, we too deserve to be happy. We also have such other brilliant queer cast members and team members, from Vico Ortiz to D’Lo, and to our fearless director Fawzia Mirza. Not only is the short film something I love, but the whole process of making it and the collaborations within it were such a joy.

You are also a co-founder of the organization ‘Shift’, a racial and gender equity consulting group created by women of color, which started in 2017, in the height of the #metoo movement. What is the story behind ‘Shift’ and what are the goals you are aiming to achieve through the organization?

‘Shift’ was started at the height of the #metoo movement and I co-founded it with Natalie Bui and Veline Mojarro. We wanted to create spaces within orgs, campuses and corporations to have hard discussion, provide resources and center BIPOC experiences. So we give trainings, workshops and consult on Justice, Equity, Diversity and Inclusion topics from challenging white supremacy culture to creating cultures of consent. What we hope to achieve is creating work and education spaces where BIPOC folks feel safe and like they can thrive. To me ‘Shift’ is about creating new futures through reimagining the way we care for and treat each other. Such larger changes in racial and gender equity start with how we treat each other, as much as they are impacted on an institutional level.

The organization centers and elevates the work from people in the BIPOC, LGBTQIA+ and Disabled communities. But which issue in the world is in your opinion currently the one that demands the most attention?

I would argue that thinking that one needs more attention than the other is divisive. Instead, how do we see how each of these topics are interconnected? Particularly in today’s world and in the United States right now, how is reproductive justice connected to capitalism connected to environmental justice today. Each of these communities cannot find true equity until we find it together. Solidarity is the only way towards real justice. And it’s like we may have heard before, we’re not free till all of us are free.

Kausar, when did you know that you wanted to get into the entertainment industry?

I think I knew I like being goofy off of my elementary school production of ‘The Nutcracker’. I got assigned to be a clown, but I absolutely could not do somersaults. So I just had to commit to being very bad at them… and everyone laughed. And I was like “Ooh, I like this”.

What are some of the things that you love for fun?

I love reading, watching scary movies, listening to live music and eating chocolate. Those are kind of my favorite things in life.

IN CONVERSATION WITH AUBRI IBRAG