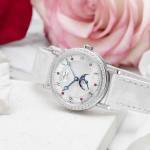 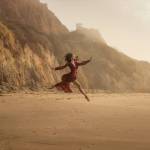 IN CONVERSATION WITH JULIA MICHAELS

5-times Grammy Award-nominated and multiplatinum-selling artist Julia Michaels has began her career as a songwriter before she embarked on a solo career with her 5-times platinum selling debut single ‘Issues’ in 2017. To date, she has notched 25 Billboard Hot 100 entries as a songwriter, including two number 1s with Justin Bieber’s ‘Sorry’ and Selena Gomez’s ‘Lose You to Love Me’. Recently Julia released ‘Sorry To Me Too’, kicking off the next chapter for her solo artistry with a larger project arriving early 2023.

It actually all changed when I wrote ‘Issues’. It was such a personal song that the idea of giving it to someone else was really nerve wracking to me. I was never that person, that songwriter. That song changed everything for me.

You started songwriting very young. What made you so passionate about it? What inspires you when you write?

I think as a kid I always felt misunderstood and I looked for any way to find understanding and connection with people. I always loved words. In school I loved spelling. I always came really close to being in the school spelling bees and poetry as a kid. I would write poetry about anything and everything. When I was 12, my mom got me a piano and I learned basic chords, still only know basic chords, and I just started putting my poems to song. I just love music and I love how music has the power to change your mood and connect you to so many people around the world.

You’ve written songs for artists including Selena Gomez, Demi Lovato, Shawn Mendes, Britney Spears, Justin Bieber and Gwen Stefani among others. Can you describe us the process on deciding who gets the song once you write it?

Most of the time, those songs are written with the artist or you’re in a room specifically writing for an artist. If you’re pitching a song, know the artist you’re writing for musically and what they sort of gravitate to.

With Justin Bieber’s ‘Sorry’ and Gomez’s ‘Lose You to Love Me’ you’ve earned number 1 spots on Billboard Hot 100, but which song that you’ve written for someone else would you describe as the one that holds the most special meaning to you personally?

I would probably say ‘Lose You to Love Me’. I think that song brought a lot of healing to me personally. I think I needed to be a part of that song to let go of feelings I had held onto in past relationships. It’s another reason why I love music and songwriting. I’m grateful to have an outlet to put all my anger, hurt and heartbreak to and be able to turn it into healing.

Your debut single was ‘Issues’, which you released in 2017. What makes this song so special? Why was it the one you just simply couldn’t give to anyone alse to perform?

I wrote it about a relationship I was in. He was truly the worst of the worst. If you looked up narcissist in the dictionary, his face should be plastered all over it. The day I wrote ‘Issues’ I had one of the biggest career achievements of my life. He made it all about him and belittled me so much that I spent the whole day crying.

I wrote ‘Issues’ that day. I always say if I could go back and change things in my life, most of the time I wouldn’t even though he was an absolute asshole, I may have never written that song if I hadn’t gone through that situation that day.

Your work has been recognized with many nominations and awards, which also include 5 Grammy nominations. What does such critical appraise mean to you? How does it encourage your work further on?

Honestly, I pinch myself everytime it happens. As a songwriter, there is no higher honor than being nominated in songwriting categories three times for three different songs.
It makes me want to push myself to do more and try more always.

What do you believe makes your music unique and stand out in today’s music world?

You’ve been touring solo and with many other artists, like Maroon 5, Shawn Mendes and P!NK. Would love to know what feelings does being on stage and performing in front of your fans evoke in you?

I think the biggest one is that it makes you feel entirely less alone. It makes you realize how many people from all over the world feel and think and cry and love the same way you do. You realize truly how much you have in common with complete strangers. It truly is so magical.

In 2021 you released your highly anticipated full-length debut album ‘Not In Chronological Order’ and just recently your latest single ‘ Sorry To Me Too’. Tell us more about this single and the inspiration behind it.

I wrote ‘Sorry To Me Too’ about my most recent break up. Sometimes you think you’re heading toward a future with someone, just recently buying a house together and then the next thing you know they’re on FaceTime breaking up with you after three years. Life sure does come at you fast. ‘Sorry To Me Too’ is basically me saying I can’t believe I fell for all his lies and everything he promised me. Wait til you hear the rest.

With this single you’re kicking off the next chapter for your solo artistry with a larger project arriving early 2023. What can you share with us about the project at this point?

I’m calling this my petty pop era. I’m writing more free and more in a “however the heck I want” sort of way. It’s liberating and I’m having fun exploring and creating. I can’t wait for people to hear it.

BREGUET COMES OUT WITH A NEW VALENTINES EDITION WATCH

IN CONVERSATION WITH NATASHA KALIMADA