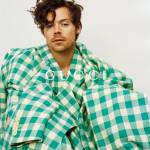 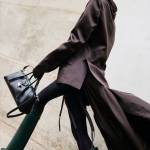 IN CONVERSATION WITH JOSH HEUSTON

Josh Heuston is an Australian, Southeast Asian actor who initially found traction in the fashion industry as a model after being scouted at age 18. Recently, he starred in the Netflix reimaging of 90s classic teen drama ‘Heartbreak High’,  Marvel’s latest feature film ‘Thor: Love and Thunder’, Paramount+’ drama series ‘More Than This’ and in the limited series ‘Bali 2002’.

Josh, you initially found traction in the fashion industry as a model after you were scouted at the age of 18. What do you love the most about fashion and modeling?

When I was scouted at the age of 18, I knew what a model was, but I never thought it was a job for me or could be a job for me. Modeling has allowed to explore my love of travel and has taken me to bucket list locations from Marrakesh to Japan to Europe and beyond.

I love how expressive modeling can be without words. People can communicate their entire mood or personality through an outfit. This can also be done through a photo too, which is why I love modeling. The best models that I look up to have so many layers to their imagery.

Your acclaimed and dynamic career in fashion ranges from collaborations with the biggest fashion brands, including Fendi, Gucci, Louis Vuitton and Burberry among others. Which collaboration that you did stands out to you the most?

Working with Burberry in Korea was a huge stand out for me because I love the city so much and I loved how creative the campaign was. I was lucky enough to head to Monaco for the F1 with TAG, as a self-described ‘petrol head’. I was in heaven watching the race. And I recently went to Milan with Boss for a huge event at Fashion Week. The party was sick and one I won’t be able to forget anytime soon.

After modeling, you then successfully transitioned to acting and have in a very short period of time seen a meteoric rise. Why acting? What made you fall in love with acting?

I was shooting a music video in Queensland and it had the smallest amount of acting in it, but that was all it took to hook me. Straight after that wrapped filming, I enrolled into acting classes.  After doing every acting class I could find in Sydney, I booked a role in ‘Dive Club’, which was my first acting job and I have been fortunate enough to keep on working in the industry I love.

This year, we’ve been able to see you in many projects. Among them also in Netflix’s reimaging of the 90s classic teen drama ‘Heartbreak High’, where students and teachers were navigating racial tensions in Australia. How do you believe the show portrayed this topic, in regards to what we are seeing in the world in the last few years especially?

I think ‘Heartbreak High’ was loved and respected because it touched on a lot of topics that are so called taboo, that people are nervous to talk about and nervous to cover, but they are real issues for millions of people across the globe and they are still evident in today’s society.

What are the biggest similarities and the biggest differences between today’s show and the classic from the 90s?

I think the energy of the original is engrained in today’s show. However, the topics have a much more relevant feel to today’s culture. We wanted to make it feel authentic to today’s school environment, but also wanted the kids watching globally to know that they are going through the same things as kids in Australia are going through. No matter where you live, the issues at school seem pretty similar and I think the show did a great job highlighting that.

Which is your favorite role you got to play to date?

I’d have to say Dusty from ‘Heartbreak High’. I think he had a lot of undertones that often get overlooked, which I loved to play. You never really know what he’s thinking, which is always difficult as an actor to portray, but rewarding. He is the school cool kid but he’s not the typical masculine high school jock. He’s got a level of mystery about him that is different to most.

What are your wishes and goals for the future of your career?

I think I just want to ride this wave and see where it takes me. I love being on set making movies and TV and I know it’s where I want to be.

Being from Australia, what would you describe as your favorite thing about your homeland?

The coffee, the beach and the people.

Josh, tell us more about what’s next for you. What projects will be able to see you in?

I guess you’ll have to wait and see, but for the meantime Season 2 of ‘Heartbreak High’.