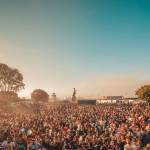 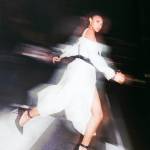 IN CONVERSATION WITH JORIS VOORN

Joris Voorn came from a small town in the south of the Netherlands, he started his DJ-ing carrer around 1997. In 2003 his “Lost Memories” EP became another underground hit and in the same year, he was crowned Talent of the Year at the Dutch DJ Awards. From there he raised up and became one of the most renowned artists in Holland. Joris is a Dutch DJ and record producer, playing Techno-House music, nowadays he is the basis of the core of the Dutch electronic scene. Voorn plays at the main techno/ electronic festivals, as well he will be performing this weekend at Awakenings Summer Festival.

There are still some tickets for Awakenings Summer Festival left here, but act fast!

I’m a musical artist living in Amsterdam, but born in the south of the Netherlands. I’ve been a DJ for more than 20 years and have been traveling the world since then. I’ve written a few albums and many singles. I remixed many artists, some completely unknown but also some the biggest ones. Before making music my profession I studied at the art academy in Enschede where I focussed on design and architecture. I worked in architecture for almost two years but decided my heart was with music the most. I run two record labels with my good friend Edwin Oosterwal: Spectrum and Rejected. The name Spectrum stands for the wide range of music I play, from House to Techno and everything in between, minimal, melodic, or hard, everything has its place at the right time in my DJ sets and music.

2. Coming from a family with a musical background, you have played violin & guitar… could you see yourself playing a different music style or do you believe that electronic music is your calling?

Before I listened to electronic music, I was mainly interested in guitars, but that switched when I was about 19 years old. I switched my guitar for turntables and a groovebox to make my own electronic music and never looked back. A few years back I decided to get piano lessons to be able to write my own music on a piano or synthesizer instead of having to use a computer or sequencer all the time. I’ve written a handful of small piano pieces since then which I love playing. Piano is a very versatile instrument which can be at the basis of any kind of music, and it’s a pleasure to play, but not as easy as I hoped. I hope to use my piano experience in the future to write different electronic music for film for instance, or create a different music project more focussed on listening rather than dancing.

3. Do you have a specific pre-performance routine?

Not really.. I get to a club or festival maybe 30 minutes before my set and like to say hi to other artists and have a drink together and talk to the people organizing the event. I do like to hear the sound played before me to know where the party is headed.

4. What feelings do you want to evoke in your audience when you are playing?

Dance music is really an ‘in the moment’ kind of music which needs to be felt physically as well as emotionally. What’s great is that people more often than not will not be familiar with the music I play and still need to be able to connect it, even though they might hear it for the first time. I try to pick records that click with the crowd, mixed with grooves that are guaranteed to make a crowd move. Of course, there are the recognisable moments with some of my own known tracks or maybe a classic now and then. In the end, I hope people will be left with the experience of a musical journey.

5. What was one of your most memorable moments on stage?

There are too many to mention, but to keep it recent, I played the Freedom stage at Tomorrowland last weekend for thousands of people, and the vibe was magical. Sometimes everything falls into the right place and the crowd just follows wherever you go, and this was one of those experiences. Maybe it helped that I knew the set was streamed live on Tomorrowland’s social media so I was very aware it had to be a perfect set.

6. Where do you get inspiration for making music recently?

It can be anything, really.. I like sitting behind the piano lately and coming up with a melody or chord structure to record into my laptop and then play around with. Other times it might be a vibe from a certain event which I’m trying to musically recreate. Listening to other artists is also an inspiration. I might try to make a track in a certain sound I hear, but it always changes heavily along the way.

7. We are so excited for Awakenings Summer Festival next weekend! What are you most looking forward to at Awakenings and do you have anything special prepared for us this performance?

Awakenings is another festival I’ve been a part of almost since the beginning, we’re like family. I’m playing a slot in between two heavy techno artists, so my focus will be on the stronger Techno, less melodic than for instance at Tomorrowland. I always have a lot of special edits and new tracks to play at an event like this, and this Awakenings will be no different.

8. Can you tell us some of your highlights with Awakenings during the years?

There is no shortage of amazing Awakenings highlights. I started in 2003 opening up one of the stages and have closed the mainstage a few times in the years after. I was as excited about my first opening gig for almost nobody as for my closing set for thousands of people. Some of my best sets in The Netherlands have been at Awakenings. As it’s such a high-profile gig I always prepare a little extra and try to push myself in doing the best I can. The last few years I’ve hosted my own Awakenings stage during ADE in October, this was a dream come true at the time, and every year it’s one of my highlights.

IN CONVERSATION WITH CHANDLER KINNEY