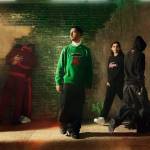 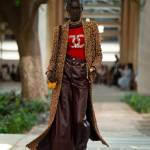 IN CONVERSATION WITH HUMAN SPACE MACHINE

Human Space Machine, aka Mike Jungerius, is an underground techno artist and DJ whose passion for music started with breakdancing, hip-hop & electro. After his studies at the Rockacademie school of music, he started a collective and label, “De Lichting”, with a group of friends who are like-minded electronic music producers, also renowned in the dutch and European dance scene. His tracks have been supported by figures like Jane Fitz, Luke Slater, Surgeon, and DVS1, to name a few; HSM has played in legendary clubs and venues such as Tresor, Funkhouse, Radion, Bret, Studio 80, and most recently at De School. Festivals he performed at include Breakfast Club, Wildeburg, Into The Woods and Down The Rabbit Hole.

The first time I met Mike was back in 2020 while working at DJ Monitor, a Music Recognition Technology in Amsterdam. A fun fact is that during my first months in the city, I went to buy some records at Rush Hour and got a vinyl from the Indigo Aera label, but it had no names, so I asked one of the staff members there, and he wrote them on paper for me. The name Human Space Machine was on it, and I remember how I enjoyed the track “Places.” Charismatic and of noble heart, Mike is easily one of the most hardworking and focused people I’ve met in Amsterdam, and he is nice to be around. We had the pleasure of having him play for our magazine’s 7th-issue launch party in collaboration with Armani Exchange for ADE back in October. Here are some insights and updates on his recent releases, his musical journey, and his creative process regarding music selection and production.

Hello Mike, and thank you for being here with us. We had the pleasure of having you open our annual ADE party on October 20th, and we really enjoyed your set! First off, congratulations on your new EP, The Zone. The record was released on Relation Reset in November. Can you tell us a bit about the creative process of this work and what is different in your opinion compared to other past releases?

Hey Joiah, thanks a lot ! During the covid pandemic, at some point, it seemed pointless to make music tailored for clubs, so I was looking for a new direction to be able to express myself and think a bit outside of the conventional four-to-the-floor club music structures. I was collecting slow, broken techno and drum and bass-infused techno hybrids for a long time, so I took on this experiment to make music with a half-tempo/drum and bass feel. With this EP, the music became darker, cinematic, and bass heavy. The creative process is similar to that of my earlier works, as I work on creating a certain vibe before I start adding drum layers. In the track “Sigh,” I sampled some bits (the sound of a real sigh) from a documentary I was following on Dutch television. The difference with my other work was that I didn’t have a clear endpoint in mind, which was liberating.

Your first approach to music was with breakdancing, starting at the tender age of 12 and gradually transitioning into collecting and creating music, from hip-hop, breakbeats, and electro. When did you grow interested in techno and more experimental music? Who or what moved you to focus on this career path entirely?

I have a very broad taste in music, and I’m easily bored by one genre. After my teenage years of mostly hip-hop, funk, breaks, and electro, I moved into the house realm, where I heard many influences also used in electro and hip-hop. I found a lot of similarities between hip hop and techno because of their loopy nature and drum computer-based rhythms. Around my early twenties, when I was studying music, techno grew on me as the most interesting genre for me to be able to express myself. Because there are so many different sounds and sub-genres within techno, this is what keeps me interested until this day. Every period another sub-genre would open up to me to explore, and I’m still not done exploring.

In your own words, how would you describe your affinity for dance and music? When did you start going to raves?

Dancing was the first big creative outlet I had when I was younger. I loved that you could think of your sequences, create a style of your own and create something new from scratch. Later, when I started playing as a DJ, these characteristics attracted me, even more so when I started making my own music years later. In my hometown, my friend and I would throw small house/techno parties and a few small raves in the forest close to our town. But it wasn’t until my early twenties, when I fell in love with the Amsterdam house and techno scene with clubs such as Trouw and Studio80 that really got me hooked.

“De Lichting” is a collective of like-minded producers and a local Amsterdam music label. You are one of the co-founders of this project which started during your studies at Rockacademie, one of the Netherlands’ most prominent music schools. Can you tell us about the group formation and some of the values you stand by?

In the last years of our studies at the Rockacademie in Tilburg, most of us moved to Amsterdam to try to start playing gigs and releasing music. Split into small groups; we had three record labels: Native Response, Yield, and Working Titles. After a while, we decided to work collectively as a group, and that was when De Lichting was born in 2018. We have a DIY mentality as we try to do the biggest part of the release process ourselves, from creating all music to creating artwork to publishing the works.

What are the criteria for the selection and publication of new music?

For the piece of music, most of the time, I’m looking for stripped-down trippy music with psychedelic influences through different genres like techno, house, trance, drum, and bass. Tempos can vary a lot but mostly not within one DJ set. Music that excites me sounds mysterious, sometimes dark, often minimalistic, and always got some melodic element to it. This can be as much as a bleep of 1 tone every 4 bars and a full-blown 32 steps melody. I love long transitions in DJ sets and letting a track carry a piece of the journey. After finishing a track (roughly), I will let it sit on my computer for a while to listen back to it after some time to decide if it is good enough to release. Unfortunately, it does happen that I believe in a track, and a few months or 20 versions later, I have to admit it’s not working out. Most of the time, the tracks that are finished fastest are best because that means I was in a good flow when I was making it.

What are some of your favorite programs/analog gear you use to create and why?

In my studio, my hardware, gear, synths, and drum computers change very often, as I like to try new things every once in a while. My friends always make fun of me for selling all my gear within a year. One of the things that are a constant in my music production is the Digital Audio Workstation(DAW) Ableton. Most of my music is made in Ableton, and even when I use hardware (analog) gear for certain elements, it will all be recorded, processed, and further developed in this DAW. With De Lichting, we do live improvisational sessions, and in those sessions, I only use hardware and gear such as a Roland TR8S and a Moog DFAM TD-3 303 clone. Inside the box, I love FM and wavetable synthesis + sampling a lot.

How often do you purchase music? What platform do you use the most?

I primarily buy my music on Bandcamp, every month or for every gig, I at least buy around 20/30 new releases. This, together with the new/unreleased tracks by many of my friends, make up for the vast majority of tracks I play in my sets.

Your musical style can be described as stripped, minimalistic, trippy, and psychedelic, with the capability of telling a story. How has your style and taste changed over the past couple of years?

Like in music production, I like to do different things while playing a DJ set, but most of the time, I choose a direction to go in, like deep techno, progressive, or deep/dark drum and bass. I think I am better at determining what I like and what gets me going compared to 10 years ago. What changed is that for DJ sets, I prefer to play the music that speaks to your imagination and has more psychedelic aesthetics than the music I played when I started playing techno more than ten years ago.

On November 4th, you played an extended set at De School. After going several times as a visitor, how did it feel playing there with an entire room?

This was kind of surreal. Safe to say, it was a dream come true to be able to play 3,5 hours in the basement on that sound system and play all the music I’m really into at the moment. Because I’ve been on that dancefloor many times, it wasn’t hard to decide what tracks I wanted to play there. A fun fact is that I made a folder on Rekordbox(a DJ file

management tool) a few years ago, before covid, that was called “kelder”(Dutch for basement), in which I collected tracks I would want to play there.

Hard to choose between these two below. I enjoy listening to ambient types of music when I’m not working on music or DJing because they leave space for your interpretation. So this would be the perfect ending of the world for me.

Our latest magazine issue is Metamorphosis. As an artist, why do you think change and transformation are essential?

Thank you for your time, and we wish you good luck in your future endeavours!

Thanks for having me!