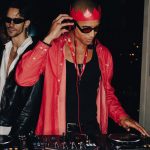 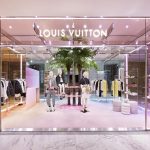 IN CONVERSATION WITH HELENA CHRISTENSEN

Helena Christensen is one of the original super models and celebrated fashion and art photographer. Born in Copenhagen to a Peruvian mother and Danish father, Helena has risen to global fame, gracing the covers of fashion magazines and being the face of multiple campaigns since the early 90s.

Helena, you’re one of the original super models. When did your love for fashion start and how did your career in modeling begin?

I was never really that into fashion, except I always loved vintage pieces and I am still excited about finding beautiful and interesting pieces. My whole life I was into photography and I think that passion led me to be interested in fashion. I had graduated from High school and spent four months traveling around the world and upon my return I got an offer to go to Paris from a little agency with a couple of really cool people running it. I went down for a week and ended up meeting some legendary people who took me under their wings and I have everything to thank them for. It was Peter Lindebergh, Karl Lagerfeld and Herb Ritts.

In 1996, Frank Decaro of The New York Times named you, along with Linda Evangelista, Christy Turlington, Cindy Crawford, Naomi Campbell, Elle Macpherson and Claudia Schiffer as “the magnificent seven”. What are some of your favorite memories from this era?

So many moments were amazing, so many incredible trips to interesting places around the world, working with some of my favorite old-school photographers, hanging out with all the girls backstage, shooting epic stories with talented people. It was a very intense time, very hectic, but so full of adventure.

You appeared on many covers in your career, including Vogue, Elle, Harper’s Bazaar and W. Is there one cover that you were on, for which you would say it’s your favorite?

There are a few. I love the Nick Knight cover for British Vogue where I hold a veil up in front of my face, I love the white horse cover which was my first ever, also for British Vogue. But my favorite story will always be the one where I fall in love with an alien for Italian Vogue by Peter Lindbergh.

You were the co-founder and creative director of Nylon Magazine. How would you describe this step of your career? What was the concept, idea and inspiration behind Nylon Magazine when it launched in 1999?

I always wanted to excel and learn more about art and photography and when I got the opportunity to co-found a magazine I thought that was a great way of doing both. The idea for ‘Nylon’ was to make a different kind of magazine, one that felt very personal and interactive, on a very artistic level.

You also launched the concept store ‘Butik’ in New York City, before you started creating your own designs and clothing lines. What made you jump into designing waters?

Because I worked with so many creative people from a very early age, I tried to absorb as much as possible of everything that was going on around me. I have always been into interiors, antiques and curious objects and that is what the store was about. My friend and I both had big collections of all different kind of objects we had found around the world and we decided to make a store and at the same time showcase Danish and Scandinavian designers. We made one little capsule collection of our own pieces as well.

About two decades ago I met my friend Camilla and we later founded ‘Staerk and Christensen’, an interior design company. Our next big project is prefab structures, which we are very excited to launch later this year.

Besides being in fashion design business, you’re also the creative director of the perfume company Strangelove. Tell us more about the story of ‘Strangelove’.

My friend Elizabeth founded ‘Strangelove’ and I immediately signed on as creative director. I have always been obsessed with scents and ‘Strangelove’ perfumes and oils are based on pure Oud, which is such an intoxicating and magical ingredient and I wanted to be part of creating these unique potions. We have five scents now, which we have created alongside our incredible perfumer Christophe Laudamiel. One of my favorite things, besides creating these beautiful perfumes, is finding names for them.

In 2019 you were appointed as UNCHR Goodwill Ambassador.  Supporting the UN Refugee Agency and being their ambassador enables you to travel the world as a writer and photographer to document the hardships of refugees. Why is this cause so important to you?

This is the role I take very seriously, it’s a huge responsibility to be given by such an admirable organization. The fact that I get to travel the world  and meet people who are refugees or displaced persons and photograph them, talk to them and convey their stories to the rest of the world is the most fulfilling and humbling job I will ever have.

Which experience from your years of partnership with UNCHR really made the biggest impact on you?

Going on a mission to Ukraine in 2015 and meeting so many elderly who had lost everything in the previous crisis, that was heartbreaking and really affected me. Because of the situation they are now in, I think of them every day and wonder if they’re alive.

You are a celebrated photographer. Your photography has been published extensively in art and design magazines and is frequently showcased in galleries from Europe to the US. What made you love photography?

The simple fact that you can capture a moment in time, freeze it, hold it in front of you and relive that moment over and over. The fact that there is actually a way to do that is what fascinates me so much about photography. I see everything in frames, my brain does not stop sending signals to my eyes about everything I see around me, or maybe it’s the other way around. I am constantly searching for moments and am always curious about everything that happens in my way.

What do you believe makes a good photographer?

It’s hard to say. Are you at the right place at the right time and do you capture that moment? Do you have a unique eye for seeing moments that no one else finds special? I think it’s a combination of the two.

You are an European living in the US. What do you love the most about living in New York?

The funny thing is when I came here about 20 years ago, I chose to live in an area of the city that very much reminds me of Europe. The beauty, the history, the architecture, the food, all the different cultures and ethnicities, there is something so endlessly special about that. New York is sort of a melting pot for a lot of those people and cultures in its own completely unique setting. I also love the fact that you don’t have to travel very far out of the city before you are in the mountains with roaring rivers and wild bears.  I am always a little bit homesick for Denmark and look forward to visiting and spending long beautiful summers and cosy Christmases there, but I am very happy as well when I return back to New York.