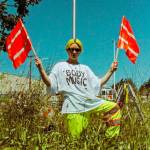 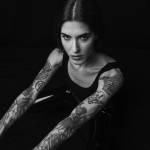 IN CONVERSATION WITH EWAN MCVICAR

Ewan just released his remix of Groove Armada’s ‘I See You Baby’, the remix comes off the back of a momentous few years for the Ayrshire native. After a string of releases on the likes of Ninja Tune’s imprint Technicolour and Shall Not Fade, Ewan dropped the critically acclaimed single ‘Tell Me Something Good’, which picked up ‘Track of the Year’ at DJ Mag’s ‘Best of British Awards’ and was named ‘Electronic Track of the Year’ by BBC Radio 1. Since then, he has played some of the world’s most respected dance floors and hit further career milestones with releases on Scots label Optimo and Diplo’s Higher Ground.

Ewan started DJing when he was at university, building up a following in his hometown and, after getting a teaching degree, decided to take it up full-time. Initially focused on hip hop and the commercial end of club music, he made an impact with regular appearances at venues such as Furys and Club de Mar. By 2017 he’d started his own night TEN, at a time when there was no underground scene in Ayr. TEN spawned a movement, captivating the town’s rave-hungry youngsters and giving Ewan a platform to showcase his skills.

You enjoyed huge success with ‘Tell me Something Good’; not only did it pick up DJ Mag’s Best of British and BBC Radio 1’s ‘Electronic Track of The Year ‘it also went gold. How big an impact has that success had on your career since?

I think ‘Tell Me Something Good’ has been the key to the world for me. Not necessarily in terms of the music I play or what I want to make all the time but now I’ve been noticed and it has definitely been a step into the realm I’ve dreamed so long of being in!

A career in music wasn’t always on the cards – you originally trained to be a teacher?

Yeah, I did 5 years at UWS in Scotland training to be a Primary Teacher

We’ve seen from the past couple of years that the industry can be a very fragile one. How important is it for young DJs/producers to have career interests outside of music, and at what point did you decide to focus on it full time?

So, I started DJing when I was 19 whilst I was at uni and then it became my passion over teaching, so from then I’d say I was working more hours on music than I was on my studies. It was only in the last few years I realised that I could have a job and do music if I really applied myself. I’m a bit mental with how obsessed I am with making music, I never stop. I think if you have that level of obsession you can do two things at once, but if not it would be hard to be motivated, especially if you’re just starting out.

You started with your own club night early on in your career due to a lack of opportunities within your hometown of Ayr, booking local talent and rejuvenating the scene. Was this a conscious decision on your part and how important is it for you to continue supporting that scene?

Ayr is lacking in culture, the town is dying and it’s a real shame. I wanted to give back by adding more high quality music nights to the town and to this day those are the most memorable nights of my life, and really what gave me the motivation to carry on. Since I’ve been away from Ayr I’m just planning some big things for the town that will hopefully bring a well needed boost, so continuing to support means a lot to me

You’ve since released on the likes of Optimo, Higher Ground and Technicolour, all respected labels. Are there any releases that were standout moments for you?

Optimo is the pinnacle of labels in Scotland. ‘El Bombo’ was a fans favourite that everyone was choking to hear & ‘Heather Park’ is the track that has meant the most to me in my life. So I’d say all of them!

Earlier this year you supported Groove Armada on their final full live UK tour – what was that experience like, did you approach it in the same way as other shows?

The experience was amazing and especially in the iconic Barrowlands in Glasgow. I treated it like the actual arc of the night started with me so I went in calm getting that dance floor ready for a world class show from Groove Armada. The art of warming up a room properly can be key for something like this in my opinion. I captioned my Instagram post after ‘leave yer ego at the door and do yer job’

Your new single is a remix of Groove Armada’s iconic track ‘I See You Baby’. How did that come about and were you apprehensive to follow in the footsteps of Fatboy Slim’s 2003 remix?

Aye big time. Rather than what everyone would expect from me I thought how the f**k can I go in fun when Fatboy Slim has made arguably one of the best remixes of all time. So I went the opposite way and turned it into a Special Request-style moody, glitchy belter

Outside of the remix, what other projects do you have coming up across the rest of the year?

Not much output for me ending this year, I’m going to chill out. Be proud of myself for everything I’ve achieved & then next year, I’m turning the tap on releases and going mental again. It’s time to have another mad one 2023.

In Conversation with Adiel