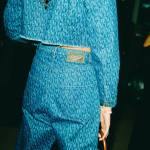 IN CONVERSATION WITH ENVY PERU

Envy Peru is a Peruvian-Dutch Drag Queen and winner in season 1 of Drag Race Holland. Envy is one of the ambassadors for Pride Amsterdam this year, she is also the face of the jury in the RTL4 program ‘Make Up Your Mind’ and she launched her make-up line at Mac Cosmetics. Being a Makeup Artist, Acting, and Modelling are some of her talents. Now, she is also embarking on a singing carrer feating on the new single ‘It’s Raining Men! Them! Femme!’.

Sony Music launches a queer label Darling Records and celebrates all genders with lead single ‘It’s Raining Men! them! Femme!’ by Darling Peter feat Envy Peru & Vula, released this july. The song is an adaptation, a queer refreshment, of the classic gay anthem ‘It’s Raining Men’ from The Weather Girls. As colorful as it is versatile, the LGBTQI+ community deserves a version that accepts and applauds the full spectrum, like this song!

My drag is a mixture of futurisme, elegance and high class glamour. I have been publicly known around the world by winning the first season of Drag Race Holland as the first Peruvian and Dutch contestant, being the first winner in the RuPauls drag race franchise to be invited as be a guest judge on the Spanish and Dutch version and for different TV shows like Make Up Your Mind, The Pride Test and De Diva in Mij.

2. After you won Drag Race Holland 1, how was the shift in your professional career? Was it anything like you expected?

We filmed the show during the first lockdown in 2020 so when the last episode aired in November and we we’re still in a lockdown. We imagined it to be so different but there was so many restrictions. Basically nothing was possible. The cast didn’t really expect that and I remember we where all very sad about it because we didn’t had a big grand finale event like the other seasons.  When I won Drag Race I watched it together with a little select group including my runner up, good friend Janey Jacke and my boyfriend. My phone exploded with messages from all around the world because our season could be streamed in 280 countries. That was a plus of the lock down, people where inside and watched the season. I remember me saying to my boyfriend weeks after I was crowned “look at me here being famous, locked up in my apartment, in my tracksuit.. but atleast with a crown”.

When the world was back to normal my life changed! Every country I traveled too felt so special, all these people admiring you for your art or the person you are. Sometimes I needed to pinch myself! I realised the impact that Drag Race have on people! In my homeland Peru I was all over the news! So much support from my Peruvians people and the Latin community!

I’m unbelievably grateful for the opportunities after winning. It changed my life and I made the most beautiful memories! Shout out to my amazing friend and manager Yildiz Siskens, she has played a big part in that! I started to see a swift in media but also in peoples minds. Doors opened that normally where closed and I felt our community was getting acknowledged and I’m proud to have been part of that. Drag is a artform!

3. How is it for you to be the first Drag representing the Netherlands in the drag world?

A big responsibility because you want to represent the Netherlands and the country where I was born, Peru, the best way possible! Because all eyes are on you to see what you will do next and how you carry that crown! I think I did a pretty good in that and even tho it has been two years ago since I won. I feel this is just the start and there are still amazing opportunities waiting for me.

4. You are one of the best make-up artists in the Netherlands, your make-up is pure art and now you launched your line of makeup with MAC COSMETICS. How is that for you?

Thank you for that compliment. Make up has always been a passion of mine and a important part of my aesthetic. I have worked for Mac cosmetics for 5 years. The years before and during that time I have been practicing and perfecting my skills. I failed and made a lot of mistakes. But that’s the key!

You need to have that and embrace that process. Because you get better everytime you try again. Like a lot of things in life!

My manager at MAC quickly noticed my skills. Long story short; I started as host that was not allowed to do make up on customers to being a Mac Pro artist. Which is a big thing in the company! So Having my own line with Mac Cosmetics has always been a dream and a full circle moment for me. It was the perfect match and Mac is stil my favourite Make up brand!

5. Do you see yourself now trying new creative fields as well?

I think it’s fun as an artist to taste different kind of creative fields! You might get surprise what hidden talents you will find.

6. You are now launching the new single ‘It’s Raining Men! Them! Femme!’ Which is about being inclusive to all genders, Can you tell us a bit more about this song?

The song is a cover and remake of the Weather Girls version which is iconic and still so populair and loved around the world. But Peter and I agreed that some of the lyrics needed a bit of modernisation and inclusivity. The Amsterdam Pride theme this year was “My Gender, My Pride”. Gender is a very important topic and we need to keep on talking about that so we can learn from each other. There is so much more than masculinity and femininity! It’s important that our non-binary palls also feel seen because diversity is so beautiful. It gives the world color and culture! Be open to learn and be open to be listen!

7. I saw you opening the show for Bianca del Rio last year, and so far you have worked with many icons in this field! Who is a personality that you would like to make a song or work with?

It’s always has been a big dream of me to work together with Kylie Minogue! She has inspired me from the moment I discovered being gay. She has been a mayor inspiration in my drag and I love performing her songs! In terms of drag icons I would love to have a tour with a fierce cast of Latin and Hispanic queens.

8. What advice would you give to kids in Peru, the Netherlands, and out there in the world that are now discovering themselves in drag?

There are so many ways to do drag. And people got different reasons to do it aswel! Respect each other in their art forms! Be nice and stay humble! Of course queens can be shady for fun! But know the difference between shady and mean. If you are mean to people you will not last very long in this Bussines. I have seen that happening several times already. But most importantly! Be authentic, have fun with it and don’t be to hard on yourself. You are already brave that you are discovering the world of drag!