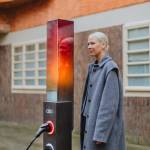 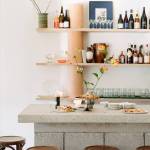 IN CONVERSATION WITH DAVID BECKHAM AT TUDOR IN AMSTERDAM

David Beckham is one of the world’s best known football players. After a fruitful two-decade career, he retired from the sport in 2013. With three major clubs and 115 selections in the English football team, 59 as captain, he left his mark: 6 England Championship titles, 2 Major League Soccer cups, one time Champion of Spain and one time UEFA Champion.

Beyond philanthropy and football, David Beckham has worked his way up to the status of much more than a legendary player. Facing the fear of what comes after a sports career and building on his ambition, he established himself as a global style icon. In 2017 he became the ambassador of Tudor, a brand known for having pioneered now major trends within the watchmaking industry.

You’ve been working with Tudor now for more than five years. It started with the launch of ‘Born to Dare’ signature. What would you say these five plus years with Tutor have been like?

I think that from the moment we actually had the first conversation, I knew that I wanted to be in partnership with Tudor, for many reasons. I think that we’ve had an incredible five years. We are doing things that take me completely out of my comfort zone, which apparently I enjoy. And we’ve had a lot of fun with it.

But I love to be in partnership and business with good people. And for me, that is the most important thing I always look for in business. When you work with people that do things at the level and the highest level, it’s a pretty easy partnership. So from the craftsmanship to the ideas to everything that we do is the level that all great brands do. I’m very happy.

Obviously the signature of the brand is ‘Born to Dare’, sort of an invitation to do things you wouldn’t do normally. Would you mind sharing a couple of the projects where we tried and took you out of your comfort zone?

Well, there’s been a few now, which I’ve really enjoyed. Obviously we did the snowboarding, but I would have to say the free diving. You know, ‘Born to Dare’ was something that soon as we said it, was exactly what we should do from then on. I think it’s about certain things throughout my career, whether it’s been moving to different countries to play for different teams or the things that I love to do, which is snowboarding and ride motorbikes and those kind of things. But it’s the one thing that we did that completely took me out my comfort zone, because I don’t love the ocean because of the sharks. I wasn’t too excited about this one, but actually to do it was a challenge and actually pretty amazing.

We decided to sail out pretty far and the water was pretty rough at the time, it was just after a storm in Miami, but we got amazing content from it. So I think the free diving one without a doubt was the most challenging, but probably the most rewarding. I think some of the shots that we got were absolutely beautiful. And obviously working with Morgan, who was incredible. He talked me through every single moment and he got me to hold my breath for three minutes. It was a challenge, but actually enjoyable.

How do you pair a watch? How do you choose one watch rather than another one for a sporty activity or more formal thing?

How about bracelet or straps? Which one do you prefer? One for each occasion or one specific preference?

That is my favorite style. Even though I have been wearing the Ranger a lot, my favorite watch is the Pelagos. And I always kind of judge it off what watches go missing. And when I say that, I mean by most of my children. They love watches, so I’ll see them walking out of the door with one of my Pelagos on or the Ranger. I’m 47, I’m getting a little bit older and I love the fact that my 20 year old son or my 17 year old son or my 23 year old son actually are wearing the watches. It’s very cool. Apparently dad still is cool. And apparently it looks like it cause they steal my clothes as well.

Do they actually see you as a style king or as a star or how do they manage that?

I’m not sure they do anymore. I don’t know, even though they are still taking a lot of my clothes out of my wardrobe. Actually two nights ago I was at dinner with Victoria and Harper and Romeo was going to some event and he called me about where are my black flares, cause I have these black trousers that are a little bit flary. And he said he wants to wear them. And we was obviously in London. He said “Dad, where are they? I can’t find them in the wardrobe”. And I said “Well, they’re in Miami, but if they were here you could definitely wear them”.

Is there any piece of accessory, a heirlom maybe, that holds a higher significance to you?

My granddad loved whiskey. He had a flask with something on there from his father. And that’s one of the things that he passed on to me when he passed away just over 10 years ago. So that’s something that I’ve always kept.

You know, things like the trophies and the medals that I’ve won over the years, those are the things that I pull out now and show my children and it means so much to them to actually see what dad used to do. The boys remember it, but Harper doesn’t, so it’s always nice to show her the trophies that dad’s won over the years.

Ever since you retired from professional football you’ve become many different things. What is your life like at the moment? What are your projects?

It’s very busy when you have four children and you have the business and obviously other things that you have going on in your life. I like to be busy. I like to set the right example for my children to continue to work hard and hopefully be as successful as I have been in my career and my business career now.

One of the projects that I’ve just finished was for Disney Plus, a program called ‘Save Our Squad’. And it was about me going back to the east end of London, which is where I grew up into a football league that I played in with a team that was under 14. They were not the best team in the league and I have to try and save their season by not just being part of the coaching team, but being a mentor. And what was amazing about these children is it wasn’t just about what they were doing on the field, it was about also what they were doing off the field. For me, going back to the east end of London and spending time there brought all amazing memories. And to partner with someone like Disney was a dream and to see what they did with the program was a dream.

But yeah, there’s a lot more to come. With my business, we have a studio, we produce these documentaries and some other stuff and it’s exciting stuff. We have a lot on the slate, which we’re excited to bring out. There’s a lot more exciting things to come, but that was the first real big one that we did and we’re very proud of it.

Is there any lesson that you’ve learned during your sports career that is really dear to you or that you apply to your post-sports life?

Determination and work hard. Work ethic is the biggest thing for me. I grew up in East London with a working class family. And my parents still work really hard to this day. They set the right example for me and I try to do the same in my business life. I’m always joking, but I’m always the first one in the office turning the lights on and the last one to leave. And I like to think that I set the right example for my team. I’ve been very lucky to have been part of great teams over my career and now I have another great team within my business.

So it’s about setting the right example and hard work and dedication. And it’s also a lesson for my children as well, because hard work is something that I try to teach them. They don’t always listen, but I like to think they listen to some things.

How important is style is to you?

If you could give every man a style advice, what would it be?

My advice would always be to have a great pair of jeans, have a great white t-shirt and a nice pair of boots and keep it simple. I tried to wear classic suits and that’s what I love.

Tudor is a watches brand, so let’s also talk about time a little. What does the concept of time mean to you as it evolved over the years? Does it change as you get older?