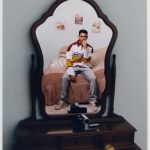 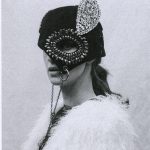 Actor, producer, writer and director Dave Franco first stole the world’s attention in 2012 with his breakout role in ‘21 Jump Street’ opposite Channing Tatum and Jonah Hill. 2020 marked his feature directorial debut with ‘The Rental’, which he also produced and co-wrote. Recently, Dave starred in Apple TV+’s murder mystery comedy series ‘The Afterparty’, which was already renewed for a second season.

Dave, in 2012 the public got to see you in your breakout role in ’21 Jump Street’. How did you land this role and how did it impact your career?

I started my career by writing, directing and acting in skits and short films for the website funnyordie.com and ‘21 Jump Street’ was the first time I had a significant role in a feature film. It was a really intense audition process where I had to read for the directors six or seven times before I got the role. But in the end they told me that part of the reason that they cast me was because they had seen these silly skits that I had made with my friends when I first started acting.

Acting runs in your family, but have you always known that you wanted to be in this business?

Definitely not. I was a very shy, introverted kid growing up and I had no intention of performing in any way. It scared the hell out of me. Eventually I came down to LA to go to school and once I was here, my brother’s manager basically forced me into an acting class. My first day in, watching people on stage who were crying and screaming and hitting each other, I remember thinking “I want no part of this”, but I stuck it out. Partially because it helped bring me out of my shell a little bit and also because I’ve always been a massive fan of movies. My first job was at a Mom N’ Pop video store when I was 14 years old. It was actually illegal for me to be working there at that age, so they paid me by allowing me to take home as many movies as I wanted. And that’s how I started watching all the classics and learning about film. I think, even though I was so nervous in this acting class, I saw it as a way into the industry.

Last year, your directorial debut ‘The Rental’ was released. It is the second film to ever top both the box office and rental charts in the same weekend. What made you write and produce a horror film? Where did you drew inspiration from when you wrote it?

Most people probably know me because of the comedies that I’ve acted in, so a lot of people were surprised that my directorial debut was a horror film, but I love the genre so much. As a viewer, there’s nothing I like to watch more than a smart thriller or a smart horror film. I was inspired by a lot of young filmmakers today, like Ari Aster, Jennifer Kent, Sean Durkin, Amy Seimetz. These are all directors who are making horror films that also happen to be fascinating character studies and they have a lot of layers to them.

I wanted to make a film in that space and I was inspired by my own paranoia about home sharing, where I just think how we willingly trust strangers to stay in our homes and vice versa. When we stay in these other people’s homes, we trust the homeowners. And the reality is there’s a lot of crazy stuff happening in these situations. While we were making the film, there were articles coming out every week about homeowners with hidden cameras in their houses and it just felt like a scary, fascinating world to live in.

You just wrapped up your second directorial ‘Somebody I Used to Know’ that will debut exclusively on Prime Video this year. What can you tell us about this upcoming romantic comedy?

Can’t tell you much at this point, but it’s an idea that my wife and I came up with while walking through my hometown in Northern California. It’s essentially about coming home and reconnecting with your roots.

You co-wrote the script for ‘Somebody I Used to Know’ together with your wife Alison. What actually made you work together on this one?

We work together really well. I know I’m fortunate to be able to say that, but with this one in particular, we are both massive fans of romantic comedies and we just wanted to create something that would hopefully make people smile. You know, the first movie I directed was really dark and I wanted to shift gears and try something new on this one.

Your producing credits are expanding and they’re receiving glowing reviews. Now that you’ve experienced being in front of the camera as well as being in production, which of the two fulfills and excites you more?

I love the balance of being in front and being behind the camera. My favorite part about producing is getting to work with directors who I really admire and being a cheerleader for them and doing what I can to make their experience as seamless as possible. And as an actor, I’ve had a lot of fun in recent projects where I’ve been able to play characters that are different than anything I’ve done in the past. For example, I play a pop star in the new Apple series called ‘The Afterparty’ and I got the opportunity to record a handful of songs and film some music videos, which was scary for me, but it ended up being a really great time.

There was something kind of liberating about it though, because nobody had any expectations for me. It was kind of ‘Let’s have fun. Let’s see what happens. If this works, great. If not, we can scrap the whole idea. We don’t need to put out these music videos. We don’t need to put out these songs. We can have someone else sing it for you and you can lip sync to it’. But I was like ‘No, let’s try this’. And I ended up having a blast.

Who or what would you describe as your biggest inspiration in life?

This might sound cheesy, but my mom is one of my biggest inspirations. She’s always trying new things and finding new creative outlets. She’s always been a writer, but in recent years she started taking acting classes as a way to relate to me and my brother. It’s just very sweet. And the fact that she is constantly trying to challenge herself and put herself out of her comfort zone, it’s pretty wonderful.

We all have one place that holds a special meaning and significance in our lives. What and where is that special place for you?

At this moment, the first thing that pops in my mind is Portland, Oregon, because it’s where I shot both of the movies that I’ve directed and my wife and my cats were with me on both of those occasions. Portland has really become a second home for us and we feel so comfortable there. When I’m traveling, my number one priority is finding good food and Portland has an incredible food scene. It’s got everything going for it and we really love it there. We just had such a great time there and there’s something about the people and the nature that makes us feel at ease and all our worries go away there.

The last two years have turned the world upside down. Is there anything new that you have learned about yourself during these challenging times?

I have learned that I need to take cooking lessons so that I can take some of that weight off of my wife’s shoulders. She has literally been keeping us alive and I’ve been trying to pull my weight and help out in other ways or around the house. But aside from that, we have really started to value our time and think about the reasons why we sign on to certain projects now, because whenever we do take on a new project, it means that we’re gonna be away from home for at least a few months. And at this point, if something’s gonna take me away from my wife for a few months, it has to be something that I’m really passionate about.

On January 28, 8-episode murder mystery comedy series ‘The Afterparty’ premiered on Apple TV+ and it was just recently renewed for the second season. Why would you say this series is a must to watch?

It’s a very unique concept. It’s a murder mystery set at a high school reunion and it’s eight episodes. Each episode is told through the point of view of a different character and each character’s personality informs the genre of each episode. So for example, the jock’s episode is told like an action movie and the art student’s episode is animated and so on. It’s kind of a format that we’ve never really seen before. And then on top of that, the filmmakers are true geniuses. Chris Miller and Phil Lord, who I’ve worked with before on ‘21 Jump Street’ and the Lego movies, are just so clever and I feel so fortunate to have become part of their circle and I hope to work with them forever.

Which are some of next projects that you’re working on either as a director and producer or that you’re starring in and are coming out soon?

The truth is I’m gonna be editing the new movie I directed for the next five or six months. So in the near future I’ll be primarily focused on that.

I also acted in a movie for Netflix called ‘Day Shift’ with Jamie Foxx, that’ll come out sometime this year. We play vampire hunters and it’s directed by a first timer J.J. Perry, who is one of the most talented guys in the world of stunts. He worked with all of the guys who made the John Wick movies and our movie has a lot of similar action to John Wick, but it’s about vampire hunters.