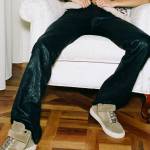 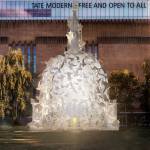 IN CONVERSATION WITH DARIA KOLOSOVA

The powerful and rising Daria Kolosova – born in Ukraine and active in the electronic music scene for 12 years already – never disappoints with her electrifying, genre-rich and always unexpected DJ performances. Having been in touch with various musical influences at an early age, Daria found her way into the techno world through the underground rave scene in Ukraine. Since then she has been developing her fresh and distinctive hard and groovy style influenced by a wide variety of electronic music genres, communicating intuition and entity with her exceptional sets. This has been experienced and celebrated by crowds all over the world such as legendary stages of Berghain, Bassiani, Boiler Room and Neopop, to name a few.
In this inspiring conversation we talked about the origins of Daria’s love for techno, musical influences and style, the political and resistant side of techno and much more…

How did you find your love for techno?

I was immediately blown away by the energy of techno music when I first heard it at a very young age – I listened to my dad’s cassette tapes and found a track called Das Boot by U96, I think it was my first entry point. My father was a musician, he also was a big fan of heavy metal and electronic music so I grew up around this music and his tastes were formative influences for me. We lived in a small town of Lutugino in eastern Ukraine, where the electronic music scene almost didn’t exist, so I was searching for new music through dad’s cassettes, “pirate” CDs, my classmate’s brother who used to be a DJ at the local discotheque, then from the internet.
Later I visited my first techno party in Lugansk and from that moment my love for techno continued to grow and grow.

How would you say this love for techno has influenced your personal identity and growth?

First of all, in techno music and DJing I found an answer to an important question of self-identification – who am I. I’ve never felt so confident and safe as at the DJ booth – here I can express myself the way I want, that’s 100% my thing.
I have been DJing for 12 years now since I was a teenager, so techno and electronic music is such a core and consistent part of my life – and my love for it has developed and grown as I have.

How would you describe your style and sound and how did it develop and is it evolving?

I play hard, fast and groovy techno as the basis of my sets, but at the same time my selection is always pretty fluid and I try to keep it varied, mixing techno with breakbeat, IDM, electro, hardcore, jungle and try to make my performances unexpected and rich in genre with many layers, to build a story to be told to the crowd through music.

What or who are your inspirations in your creative process, such as mixing or producing new music, and driving on?

Since I moved to Berlin from Kyiv, a lot of our studio equipment is in storage so I’ve not been able to work on production but this is definitely a focus for me going forward as an artist.
At the moment, my husband Etapp Kyle is a huge influence for me on the production side of things, we play b2b’s a lot and there’s a lot of synergy between us musically.

How far do you think techno can be utilized to drive attention to or influence political matters?

Techno has always been a form of protest. The passion and drive of the electronic music community is so powerful and so underground that music subcultures can always be a force for change and for representing voices of marginalised communities when we come together. Techno’s origins are born out of black repression so the genre is fundamentally political as a form of expression for those who have been oppressed as a result of politics. It’s really important for the scene to pay homages to the plight of black artists and for us to remember the roots of techno from the Detroit originators.
These years the scene really came together to drive fundraising efforts for Ukraine since the war started, and I was grateful to see friends helping our country particularly in Europe. At my gigs I play under the Ukrainian flag to remind people the war is still happening and it’s been so nice to see flags in the crowd at festivals. I also donate money from my fees to Ukrainian local volunteers and share information about foundations in my social media so people around the world can donate and help my country.
The collective power of the electronic music community when harnessed is a hugely powerful force to impact politics so we should try to use our voices as much as we can to speak out against political injustice.

You have been active in the industry for several years now – how would you say has the scene and its culture developed over the years?

The scene has come a long way in terms of representation of femme artists but there is still so much work to be done with representation of black DJs and producers, marginalised communities and greater diversity across the board on line-ups for female talent – particularly at European festivals it’s still not there to the level it should be.

You have played at countless major electronic music spaces worldwide – which of those were your favorites considering factors such as tolerance, safety, inclusivity?

Berghain, K41 and Bassiani are incredible protected spaces for LGBQTI+ crowds to feel safe and always a pleasure to play for this reason. Other stand out memories for me in spaces which stood out include Bret in Amsterdam and Berlin party MESS (Mindful Electronic Sonic Selections) is doing great things with promoting femme and non-binary artists playing on the bill, I had an amazing time there – it’s run by Venezuelan DJ Hyperaktivist.

It will be your second time playing at NEOPOP Festival – how did you experience the festival up to now and what can we expect from your performance this year?

I will never forget my first time playing NEOPOP in 2019 – I was playing at the main stage before Jeff Mills and this was the first time I’ve met him.
This year is looking to be another huge moment as I’m playing the closing set at the Anti stage so it’s definitely one for the books and you won’t want to miss it!