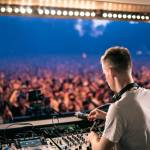 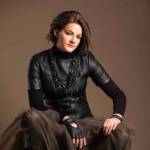 IN CONVERSATION WITH CHANDLER KINNEY

Chandler Kinney is an actor, singer and producer, who will next be seen co-starring in HBO Max’s highly anticipated spin-off series ‘Pretty Little Liars: Original Sin’, which is premiering today (28 July). She also stars as Willa in Disney+’s hugely successful franchise ‘Z-O-M-B-I-E-S’. The third and final installment ‘Zombies 3’ just premiered on 15 July.

Chandler, you’re starring in the spin-off of the highly successful series ‘Pretty Little Liars: Original Sin’. Were you a fan of the original series before you were cast on the spin-off?

I watched ‘Pretty Little Liars’ in middle school and I remember at the time I felt so rebellious watching it. It felt very adult and risque. But I was hooked. I think the original series really had a way of being addicting, like you really get caught up in these characters and emotionally invested with their journeys. So I was really stoked to be able to join ‘Pretty Little Liars: Original Sin’ and hopefully capture a bit of that addictive quality that the original had, where you just want the next episode, you want to keep watching.

How does the spin-off differ from the original?

I think the main thing that sets ‘Pretty Little Liars: Original Sin’ apart is the fact that we have a horror aspect to our show. It’s definitely a bit bloodier, a bit darker and at times quite horrific. I didn’t grow up watching horror movies, I actually just got into them right before I booked the role of Tabby, which was perfect timing, because obviously Tabby is a horror movie buff and that is her whole world. And so now as a newly horror movie fan, I’m really excited for people to see that added bit of scare that we have in our series.

And in what ways is it similar to it?

At its core. The structure of the show is about these young girls, who are thrown together by this crazy, intimidating, sometimes very dangerous, unidentified anonymous person. It keeps the integrity of that structure, but in so many other ways these are very different girls. They’re all going through very different things than the original PLL girls. But it definitely shares with the original series that you have this really strong group of girls, who have to lean on and trust each other in the face of all this adversity.

Tell us more about your character Tabby and her story?

You meet Tabby in a pretty closed off space. She’s a bit distrustful of others and can be jaded at times, but she’s a fiery girl and she’s sweet, and she’s loyal to her friends. I think over the course of the season, you really get to know her better. She’s definitely not an open book by any means. Over the course of the season you see her learn to trust again and really have to lean on these other girls, especially with all the chaos that ‘A’ causes for these girls.

You’re also starring in Disney+’s hugely successful franchise ‘Z-O-M-B-I-E-S’, which just premiered its third and final installment. You’re portraying Willa, the fierce and protective leader of the werevolves. What was your favorite thing about being part of this franchise?

My favorite thing is that ‘Zombies’ is a very colorful world. It is fun, it’s upbeat. You have these vividly written characters and they’re magical, they are cheerleaders and zombies and werewolves and aliens. It’s just a beautiful world to be part of. And to watch visually, it’s stunning. You have these dance numbers and these songs that people love and are bound to get stuck in your head, but at the core of it all, it has these really strong truths, these universal messages that there’s more that connects us than separates us. At the end of the day, love is the most important thing and love will always prevail.

All these very beautiful, important messages that I think are really important for young impressionable kids to see and to be exposed to. ‘Zombies’ is all about embracing your differences and that those are the things that make you beautiful and special and unique. And to not judge other people before you get to know them, it’s all these really core messages that are really important. And of course dressed up in really fun ways that are super digestible for young kids, but appeals to everyone.

On the acting front, you were a series regular in ‘Lethal Weapon’, among many of your other projects. Which of your projects has made the biggest impact on your career so far?

I think each project that I’ve signed on to has played a really important role in my career and has kind of led me to the next one, and in so many ways prepared me to take on my next role. I have a feeling that ‘Pretty Little Liars: Original Sin’ will be a pretty cool moment in my career. I’m over the moon stoked about it, and I cannot wait for people to see it.

Do you have any special wishes on projects that you really want to work on in the future?

What made you choose Tae Kwon Do?

Honestly, because my brothers were studying Tae Kwon Do. They started taking Tae Kwon Do classes and me being my very competitive self, wanted to join in and be better than them. But it was actually a really cool experience, because my mom joined as well. It was a whole family affair, where we were able to do something together.

That’s why I chose Tae Kwon Do and then I got really into it and wanted to get my black belt. And after I did that, I wanted to get my second degree black belt, but I was also dancing and acting at the time. I remember I was practicing double nunchucks in my backyard and I gave myself a black eye, and I had to film in the next couple days. That’s when my mom said that I need to pick, either to pursue Tae Kwon Do or acting, as I can’t be injuring myself and then showing up on set.

You already mentioned dancing. You joined the prestigious Debbie Allen Dance Company and Los Angeles Ballet Academy at a young age, classically training in ballet, jazz, contemporary, pointe and hip-hop, among other styles. Which dance style is your favorite? What do you love the most about dancing?

I started dancing at the age of three and then I joined Debbie Allen Dance Academy when I was about nine. I was a really well rounded dancer when I was growing up, I loved every style. I think as a dancer, ballet is always very important because it’s at the core of almost every style, except for maybe hip hop. I remember the times when I really started taking ballet seriously. It’s a beautiful form of art. It is supposed to look seamless and easy, but it’s extremely technical and can be very physically taxing. So me loving a challenge, I think it became definitely one of my favorites, because it’s something that I felt like I could always be improving in. That being said, I also loved hip hop. It is at the complete opposite end of the spectrum and then everything in between. I really love all of them and I don’t know if I could actually pick one.

I would say too, about hip hop being at the opposite end of the spectrum, it’s definitely a dance style that can be interpreted. You can totally bring your own style to it. Unlike ballet, which is one thing. There is right and there is wrong. In that way it’s almost like comparing Math and English. Ballet would be Math, as there’s one right way to do it. And hip hop would be English. Like when you write an essay, it can be subjective, your take can be yours and specific to you.

In 2014 you founded the non-profit organization ‘Chandler’s Friends’, which partners with local organizations and elementary schools in various creative initiatives to serve children in need in the greater LA community. What was behind your decision to start this non-profit?

I am a firm believer in helping others and if you are in a position to do so, then I think it’s your responsibility to do so. I’m a firm believer in climbing up the ladder, turning around and helping the next person up. And so I have always loved giving my time and energy and volunteering. That was the driving initiative to create ‘Chandler’s Friends’. It’s definitely a passion project of mine, it’s something that is very close to my heart and I’m really excited to continue to grow that. As I have more resources and ability to do more on a larger scale, that’s something that will always be with me and always be a part of everything that I do. So it’s definitely something really important to me.

What would be your advice to young girls, and young individuals in general in today’s world?

I would say be true to who you are. I think often as we grow up, we learn that we should condense ourselves to be one thing, or often we can be put in a box. But all the things that make us different, make us unique and make us who we are and that makes us special. So don’t ever let anyone tell you that you can’t do something, don’t let anyone ever dim your light. Those things that make you different are the things that are going to keep you going, so lean into those things and explore them. Don’t be afraid of them.

Besides spending your free time with your German Shepherd, what are some of your other hobbies?

I love hanging out with Raja, he’s a beautiful German Shepherd and he’s one of my best friends. Besides taking him for walks and hanging out with him, I would say I love to bake. I love the process of making something and then giving it away, cause it just makes people’s days and I love making people happy. That’s my favorite thing to do in my free time, which I don’t get a whole lot of. I also love to read, that’s a good way to decompress and escape the world for a moment and dive into someone else’s world.

What’s your favorite thing to bake?

Do you already have any new, upcoming projects lined up, that you can share a bit about?

Nothing that I can share right now. But I always like to stay busy, so there are always things happening.

IN CONVERSATION WITH JORIS VOORN

IN CONVERSATION WITH KJERSTI LONG