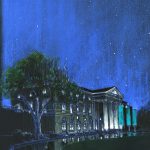 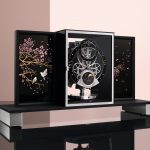 IN CONVERSATION WITH CALUM SCOTT AND LOST FREQUENCIES

After his breathtaking viral performance on Britain’s Got Talent, Calum Scott took his career to the next level and ranked up hundreds of millions of streams. Last July he teamed up with Belgian DJ sensation Lost Frequencies (Felix De Laet) for the perfect summer hit ‘Where Are You Now’. With over 400 million streams worldwide, Where Are You Now is only just getting the chance to be played in front of crowds as both Calum and Lost Frequencies restart their touring – with FIVE Dubai as their next destination.

Where did the idea of this teaming up (between Calum and Lost Frequencies) come from? Were you already in contact before, knowing what you were going to produce, or was it something more organic?

Calum: Felix and I have history! We wanted to collaborate on ‘Dancing On My Own’ together and create a remix but it didn’t end up happening, but we stayed in touch. Fast forward five years and he got in touch and said “I have this track called ‘Where Are You Now’, I want you to vocal it, i’ve not sent it to anyone else, let me know what you think.” I was just about to go on Instagram Live to do my first live version of my single ‘Biblical’ so I quickly put a demo vocal on the track and sent him it… during the live I get a notification from Felix saying “those vocals are fire, thank you, I am putting those on the track”!! As soon as I finished, I texted him like “NOOOO they weren’t meant to be final ones!” haha. I loved how eager he was so I finessed what was there and those vocals made the track!

Lost Frequencies: I first connected with Callum when I heard his version of Robyn’s ‘Dancing On My Own’ and the original plan was for me to do a remix of the track. With schedules and one thing or another not working out, we kept in touch and when it came to creating ‘Where Are You Now’, I really wanted a vocalist I knew would add a great touch to the track and I thought he’d be the perfect fit!

How is the collaboration for you? What does working together look like?

Calum: Felix is an absolute pleasure to work with. We didn’t get to work on the track in person due to the pandemic but two months after putting out the song, we performed ‘Where Are You Now’ for the first time in Untold Festival in Romania (which was our first meeting in real life!) and most recently at Bohemia at Beach by FIVE in Dubai. Both times Felix has just been such a vibe and so supportive. It’s a total passion project, just two mates doing what they love with massive respect for each other.

Lost Frequencies: It was great – we really understand how the other works and have a great appreciation for each other’s music. We both saw the direction of where we wanted to take ‘Where Are You Now’ and that’s how we got to what’s now the final track. It just felt like a natural collaboration. I’m super proud of what we created.

What was the most remarkable moment you will take away from this production?

Calum: If it wasn’t the performance at Untold Festival in Romania, it would be when we claimed the number one spot on the UK Big Top 40! It was my first UK number one and as a Brit myself, it was a special and very proud moment.

Lost Frequencies: I think the love from both of our fan bases which has helped it grow to be such a huge track all over Europe and the world – for us to both go to #1 in the UK charts for example, my first #1 since ‘Are You With Me’, felt like a full-circle moment. How ‘Where Are You Now’ has been received has really just solidified that our fans love what we are creating and there is no feeling like that.

You guys mentioned that “Where Are You Now” is considered by you as a timeless song. Why do you feel like it’s a timeless song? Is it because of the enduring energy or the lasting style of the song?

Calum: I think it’s the magic of collaboration – bringing two worlds together and creating something new and unique. My world is very different to Felix’s but combining my vocal and his production I think we have created something that will last – I compare it to ‘Don’t You Worry Child’ by Swedish House Mafia that still gets played and enjoyed now.

Lost Frequencies: For me, it’s because it perfectly captures both of our styles and while sounding fresh and in-the-moment, I think it could still sound just as fresh in five or ten years time.

You performed together at The Penthouse at FIVE in Dubai? What was this experience like and what is FIVE like?

Calum: I had performed in Dubai a few times before my visit to FIVE but even that didn’t prepare me! Our performance felt so electric and the crowd sang it back so loud. I usually get lost in performances but that was definitely one where I felt very in the moment!

Lost Frequencies: FIVE Dubai is always one of my favourite places to play, the energy is off the charts and it was so much fun to have Callum there with me to perform ‘Where Are You Now’ live. I was proud we could bring that to such a diverse crowd on the other side of the world!

What can we expect from you in 2022? Both together and individually?

Calum: I just released a new single called ‘If You Ever Change Your Mind’ from my upcoming second album to be announced soon and also featured on a collab with The Stickmen Project and Felix Jaehn called ‘Rain In Ibiza’, so these releases have kept me busy! I will also be announcing my own headline tour very soon and will also be joining Lost Frequencies on a string of summer shows this year! For all of my upcoming shows and news, check out calumscott.com!

Lost Frequencies:  I’m working on new music that will hopefully be released later on in Spring. Keep an eye on my social media to find out when! I’ve also just announced my LIVE tour for 2022! We will be going all over Europe, the US and Canada in Autumn. I really hope to see you on one of these dates, especially if you weren’t able to make our live dates last time around! I’ll be performing tracks from all different periods of my career in a whole new way, involving the crowd in an entire new way. I always like to involve the crowd, so we’ve got some special surprises in store for the upcoming tour! You can get all the information on lostfrequencies.com!

To close up, our upcoming Número Spring issue is about balance! So I would like to ask you, how do you find balance in your day-to-day life?

Calum: Much like Felix, I am very family orientated and so I try and take my family and friends with me around the world to keep me grounded and connected. It’s also always amazing for them to witness the incredible opportunities that come my way! I am big into fitness which helps me stay fit mentally and physically – I have just released my own fitness brand with my step-brother called ‘Scott & Blakey’ which you can check out on www.scottandblakey.com , that’s an exciting new adventure for me! I think making time to relax and enjoy my hobbies and travel and food as well as working hard is key to living a fulfilled life.

Lost Frequencies: With travelling so much I find it important to surround myself with people that keep me grounded, within my team and my personal life. I also think it’s important to keep having fun with it! I’m still young and always feel lucky to be able to travel to the places I do and experience all these different cultures and the reactions I get when playing my music for my fans all over the world. Enjoy the music and keep it real!