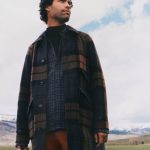 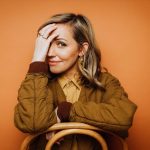 Founder and CEO of BigCityBeats WORLD CLUB DOME, Bernd Breiter is a passionate creative entrepreneur known worldwide for his innovative festival and media events, an “innovator without borders”.

Bernd’s journey started in 2003 with his very first event through a radio show titled BigCityBeats. “I thought it was very easy to make a club crowded and busy because I have a radio station, some hosts and that’s it”. The night came and there were 80 people instead of the 400 they were expecting. But at the next event, a thousand people showed up.

“The things we created were unusual because we made it our own, we gave it our own twist, people liked that. It’s always a question of how you can guide the emotions. In life you always have to bring different emotions, during a night at a festival you do as well, if you only play a certain type of music all night you won’t have any emotional touch to the people. I usually say the best DJ is a DJ who can read the dance floor, make breaks where people breathe and give them a new emotion once in a while, that’s my vision during these events”.

A few years later, BigCityBeats started growing, moving into bigger and bigger venues and working with big names in the industry. They ended up collaborating with Cocoon Club, which turned out to be pure magic, with nearly 4 thousand people wanting to get in. When Bernd was asked how he did it, he said “It’s all in the glamour of the weekend feeling and the club feeling, people like that, the little things, you can’t explain it in one word but people feel it, they feel the energy coming, they feel the magic. They don’t know where it’s coming from, they just feel it.”

When Cocoon Club closed, it got Bernd thinking about what to do. “In the following 7 years of driving around Germany, going from show to show with BigCityBeats, I kept passing by Frankfurt’s stadium and thought ‘wow, what if I create the biggest club in the world here?’, but I didn’t have the courage to do it because once you do an event in a stadium you have to be 100% sure that it’s crowded otherwise it won’t be a success”.

Then, everything came together and Bernd decided it was time to give it a shot “I thought, I might just have a master plan here.. if we put everything on one card by putting WORLD CLUB DOME in one stadium and telling our community that instead of going to them every year, this year they can come to us, to my city, to Frankfurt, it might just work! I knew I had something in my hands that could become really, really big.”

What is the most exciting thing about organizing such a big event featuring so many talented artists?

Sometimes you are so deeply focused on your work that you don’t have time to see how much you’ve achieved and what you’ve actually developed until the day finally comes and you’re standing on stage during the opening show and you see so many happy faces, that’s the most exciting thing; to see the thousands and thousands of people who have been waiting for such a long time standing there and dancing. Its like an explosion of emotions, it’s wonderful.

And the most challenging one?

There are of course many challenges as well. We sell a dream world to our visitors and nobody should know what’s going on behind the scenes, but truly there is so much organization needed, so much coordination with authorities and so many moving parts. I mean, imagine even trying to get 12 tons of ice to over 500 meters of bar area, there are so many little pieces to figure out but it makes me so happy that this team is working so perfectly and so well together that we can manage to solve any problems that might come our way, and are able to give our visitors this dream weekend.

BigCityBeats is so diverse having such different styles, is your own music taste as diverse as what we see here?

Yes of course! We are living in a world with DIVERSITY – all CAPS, and because of social media you don’t have these structured communities who only listen to hiphop or electronic music or something else, they listen to different styles because we are all in the same platform so it’s not difficult to jump into other music styles.

For me WORLD CLUB DOME, the world of club music and the dome embody everything that club music is, it’s all about unity and all I want is to unite people so I want to unite hiphop with electronic dance music and everything else you hear in clubs because at the end of the day, everything that happens in clubs is good because what you feel is the energy that has been loading during the week to finally explode during the weekend.

How do you get inspired?

I’m a dreamer, I guess it’s a gift. Sometimes I just sit and I think ‘maybe we can do something in a submarine or somewhere else we’ve never thought of before’. We’ve achieved so many crazy things, even getting support from more conservative companies that are believing in us now, like Frankfurt Airport where we blocked a landing strip and put an orchestra in the middle.

I want to be creative in my way and I don’t want to copy anyone, that’s why I haven’t been to many festivals or even read about many other events, because I just want to create my own. We are creatives and we have to explore and feel it in our stomach, creative people are stomach people. You of course use your brain to control your stomach, but if it doesn’t come from the stomach first, it comes from the brain, and if it comes from the brain someone’s already done it. The ideas just grow. I feel the most inspired is when I listen to classical music with Whiskey in the forest, not alcohol, but my dog Whiskey, when I’m in the forest I see and feel the power of nature and it creates something inside of me.

What is your vision for BigCityBeats WORLD CLUB DOME for the upcoming years?

In the last 10 years, with everything I’ve done, everyone keeps telling me  “you cannot top this”, and yet we keep growing and doing even crazier things. We’ve now gone to space with a DJ and built a kitchen. Next year we’ll have an Atlantis theme, I don’t want to say much about it yet but be ready to see some really crazy stuff.

Can you describe these 3 days in 3 words?

interview and text by MARIA MOTA

IN CONVERSATION WITH ZIBBY ALLEN