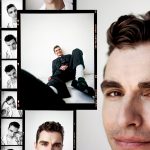 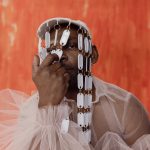 Born in Rome, in June 1998, Benedetta Porcaroli is one of the most talented italian actress of this generation. She is best known for her role as Chiara in the Netflix series “Baby”, and also Perfect Strangers, 18 Presents, and “Tutte le mie notti”. We can expect to see Benedetta next in her roles as a protagonist in the Italian-French co-production “Amanda” and the movie “Il Colibrì” in which she plays the daughter of Pierfrancesco Favino.

Did you always knew you wanted to pursue acting or was there another path you might have taken?

I never really thought about being an actress. When I was younger, at home they would tell me jokingly that I should think about acting but I never took them seriously. I have certainly always had a lively, cheerful temperament, but at times also with melancholy, darker traits. I would have probably studied psychology, or at least this was my last thought right before I started working as an actress very early on. And from that moment on, I have had no doubts.

We have seen you play in many extraordinary Italian productions such as “Perfect Strangers”, “Quanto Basta”, “Baby”, etc … What are your thoughts on doing international roles, would that be something you are interested in?

Of course I would like to work abroad too. I see products from so many other countries that fascinate me and it would be an honor for me to get roles in international projects. That said, what I like most is finding characters that I love. It is not that important where they are located or in which city the story is shot. I like to fall in love with the roles that I read and that become a part of me. For me this has priority over the rest.

You played from cinema to theaters to TV, can you talk a bit about the difference between them and which one do you like the most?

I must say it is very difficult to establish a difference between cinema and television in these times in which series are becoming more and more popular in our homes and which have the same invoice as films, almost. What I personally like is cinema. I prefer it because watching a film that has a beginning and an end makes me feel complete. Series give you more space, as an actor, to tell a narrative arc, but you travel much more and with often more frenetic rhythms. While cinema is made of details, and I am a perfectionist, I feel in the right place.

All the roles that I interpreted have left me something special and unique. Every story has an emotional value that is difficult for me to measure. Over the years I grew up working on different projects that marked different periods of my life. Obviously there are films I am more fond of for a thousand reasons, but what I like the most about this job is to get in the game, not to settle. I think that, until now, I only took some small (but important) steps and I am looking forward to facing new adventures and new characters to discover. It is so much fun to change era, clothes, hair, language, and there are so many opportunities that it is difficult to think I have enough, so yeah, I definitely think that my role is yet to come.

How do you get into character? Do you have any preparations before filming?

I prepare myself starting from the script, which is the key point of this work. It is important to understand the emotional passages of your character, where they are, where they come from, how they feel in that particular situation. Then I need to understand the director’s point of view, and therefore where they want to take you, if they have a precise idea of that character. After that, however, there is the imponderable, and therefore you. Acting is dynamic, so you can’t decide exactly what is going to happen once on set. You do not know how you will feel that day, and all your personal and emotional baggage will inevitably influence your way of being and therefore, your way of bringing on stage a certain thing. This art feeds mainly on empathy, so what I seek is to recognize myself in the other, to vibrate together.

You played the main role in the series “Baby” which quickly caught attention all around the world. How was it for you to play such a delicate role?

Baby has been a fundamental experience for me. I still feel extremely close to Chiara’s character. I loved her. Telling that moment of transition between adolescence and adulthood, such a difficult moment for everyone, was beautiful. I could relive emotions that I did not remember, reliving incredible moments but also hard ones. Growing up is not easy. Growing up without a family that supports you, even less. Andrea de Sica, the director who chose me and to whom I will always be grateful, and I have always worked trying to stay in the middle, in the confusion, in the uncertainty that you often experience when you are sixteen and you do not know yet what you want or what your true identity is. We did not foresee the success of the series. Needless to say how important it was for all of us.

What are the most valuable things you have learned from playing Chiara Altieri?

Chiara taught me not to judge other people’s lives, of whom we often know little, and we cannot imagine what battles they are fighting. Through her courage I understood that it is important not to be afraid, even of making mistakes, that is it possible to find a way, a light, even when you think you can’t. I have seen with her a bewildered generation, a little left to itself, with distracted families who are never truly happy. I thought a lot, among other things, about why they experienced this sense of overwhelming loneliness, and I think I haven’t been able to give myself an answer yet. It is impossible to say all that remains in me of this character, as a lot of her is part of me and vice versa.

Who is someone that inspired you the most in your personal life and career?

My mother is a source of inspiration for me. Her strength, her radiance, and also her honesty in her feelings have taught me very much. I was lucky enough to have a family that loved and supported me and I think that, thanks to this, I am a happy and confident person, also of my flaws. It is important to have people that love you beyond your mistakes and your limits, indeed, that show them to you and walk you by the hand towards a change. I owe a lot to my mother for this.

Who would be your dream actor or actress to share the screen with?

There would be an infinity of them. Do I say one at random? Olivia Colman.

You will be starring in the new movie “Amanda”, which is very exciting! What can you tell us about it and what can we expect from you character?

Amanda is an incredible film, directed by Carolina Cavalli. I loved the script from the very first moment. She is a character that moves in a strange, elusive balance. It tells the story of this girl that has just moved from Paris to Turin, with her family of pharmacists, and who has always struggled to find friends. I cannot tell you too much because you must see the film to understand how easy it is to love her! And I can’t wait to show it to you!

What are some of your favorite things to do on a free day?

I like walking, reading, watching films, my friends. I listen to a lot of music and often I try to learn to do new things. Lately I have been trying to play the piano which I abandoned many years ago.

And finally, how do you keep Balance and what does it mean to you?

I do not know what balance is. I am quite a restless person; I like movement and change even though – I do not know how – I always find a centre. I try to love myself, yes, perhaps for me loving ourselves is the true balance for me.

HENK, A COLORFUL FASHION PORTRAIT OF FATHERHOOD AND integration