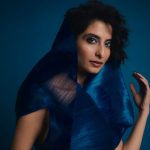 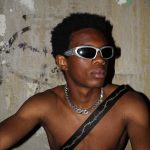 IN CONVERSATION WITH AUBRI IBRAG

Aubri Ibrag can currently be seen in Netflix’s series ‘Dive Club’.  Being a social media personality and professional model, in 2018 she focused her attention to acting.  Right away she garnered interest from the industry both in Australia and abroad due to her bold, interesting and unconventional acting choices. Next, she will be starring in the adaptation of Edith Wharton’s final novel ‘The Buccaneers’ for Apple TV+.

Aubri, you’re one of the main stars of Netflix’s ‘Dive Club’, which premiered in 2021 and follows a group of teen divers who race to find their best friend when she disappears after a storm hits their small coastal town.  Did you have any diving experience prior to being cast on this series?

Before ‘Dive Club’ I hardly even went to the beach, let alone dive. It was exhilarating to challenge myself and do something that was so out of my comfort zone. The girls and I had to do an Open Water diving course and obtain a PADI diving certificate before filming started. I was petrified initially, but it’s not as scary as it seems if you know all the rules.  Under water, time seems to stop and there is a sense of weightlessness and peace. It feels like you’re floating in space. We were filming at The Great Barrier Reef, which has the most diverse coral ecosystem, so during our dives we got to see lots of big fish and spawning coral. I will say that trying to act and dive at the same time was a chaotic experience for me because I’d often forget all the rules when the camera was on, but we had an incredible team to guide us through it.

How did getting cast in ‘Dive Club’ change your life?

‘Dive Club’ is super special to me and my friends are probably sick of hearing me reminisce about it 24/7. It was my first time on set, so I learned a ton about acting and filmmaking from my fellow cast mates, the crew and directors Rhiannon, Hayley and Christine. After filming wrapped, I definitely experienced a mean case of post-show blues and wanted to get back on set immediately. I relocated to LA and started auditioning again, taking classes and putting myself out there. ‘Dive Club’ was such a beautiful experience that it made me realise just how much I love acting and being part of an ensemble, telling a story. We made a lot of core memories filming ‘Dive Club’. One of my favorites is when we were filming, all the girls were in the boat and it capsized in the middle of the ocean. It was hilarious.

In the series you play ‘Anna’, a wild child and descendant of the town’s most prestigious family who struggles to balance her mother’s wishes that she become a demure young woman with the fact that she would rather be getting in trouble with her friends diving for sunken treasure. Would you say Anna’s personality is in any way similar to yours?

Anna holds a special place in my heart. I found myself relating a lot to her tendency of putting a lot of pressure on herself to be perfect in every endeavour.  At the beginning, she is imprisoned by her idea of what her life should be; being the ‘perfect’ girlfriend, daughter, friend. I love Anna’s journey in finding the strength of letting go and embracing freedom in doing what makes her happy. I must say, Anna’s fashion sense and organisation skills are a lot better than mine, but I’m working on it.

As a child you were interested in plays, musicals and school productions, but you focused more on your interest in sports. When did you realize that acting is something you want to do as a career?

Growing up, I had a dream of being an Olympic athlete so I spent hours at running training almost every day. When I was 16, we started learning about Shakespeare at school in English and Drama class. I had really incredible teachers who inspired me and peaked my interest in theatre so I became obsessed with ‘Romeo & Juliet’, ‘Hamlet’ and ‘Macbeth’. I realised that acting is something I would like to pursue after being given the opportunity to play Helena in our school theatre production of ‘A Midsummer Night’s Dream’. It was magical. So I decided that after I graduate high school, I’d pursue acting professionally. It was a little bold of me now that I think of it, because I didn’t really have a plan B and I sort of winged it and hoped for the best, but I’m grateful it all seems to be working out.

One of the sports you focused on was competitive running, which you trained for several hours a day. Being so focused on sport creates an immense discipline. How do you think having such discipline helps you in everyday life today?

I wouldn’t say I am disciplined in the slightest. I spend most of my time day-dreaming, dancing and singing along to Lana Del Rey in my living room. I think I forced myself to be disciplined so much in the past that I completely burned out and now I am the opposite of disciplined. However, I find that the trick to being ‘productive’ is to do things that you genuinely enjoy doing, or finding ways to get tasks done in the way that you enjoy.

You’ve also done some modeling. What do you love the most about fashion? How would you compare the art of modeling to the art of acting?

I love the way that fashion can reflect your personality. Fashion also has the power of making you feel like a new person. For instance, I feel, walk and act differently when I wear low waist cargo pants vs. when I wear a silk maxi dress with flower prints. Fashion is a huge part of my process as an actor as well. I have a lot of fun picking out clothing for my characters whenever I have an audition. Clothing helps me get into character.

You and your family moved to Australia when you were 10. What are some of your favorite things about living in Australia?

I love the laid back Australian culture, the beautiful beaches, sunsets and above all else, the coffee. Nothing beats an Aussie latte.

When you have some free time, how do you like to spend it?

I actually hate spare time and never know what to do with myself. Normally I find that having spare time makes me quite anxious and restless. During lockdown, I’ve become more of a homebody and got a little better at amusing myself with food, movies and taking up hobbies like cooking. I was actually a professional chef at a Breakfast Cafe in Melbourne for a bit because I really enjoyed cooking. ‘True Crime’ is also something that takes up a lot of my spare time. I like watching interrogation videos and documentaries.  I think if I wasn’t acting, I’d be a detective. I also absolutely love traveling and living in different countries. It’s so fun to move somewhere new, make new friends and build a new life in a completely different place, you learn a lot. I can’t stay in one place for too long.

Your acting career is just at the beginning. Where do you wanna see your career in 5 years?

I hope to continue to challenge myself. Whenever I see a film, series or character that inspires me, I want to take on that role. I love psychological thrillers. One of my favorites is Natalie Portman’s portrayal in ‘Black Swan’ and Rosamund Pike in ‘Gone Girl’.  I’d love to do something like that. I would also like to do a true crime-inspired film/series and a biopic. I could go on and on, but in a nutshell, I want to do it all.

Aubri, you’ll be starring in the adaptation of Edith Wharton’s final novel ‘The Buccaneers’, written by series creator Katherine Jakeways and directed by BAFTA winner Susanna White. The yet to be titled series is currently in production in Scotland. How did you get cast on this series? And how’s been filming it in Scotland so far?

I feel honored to be working with such an incredibly talented team. I put down a tape for the series in January. It was actually the first audition I had when I arrived in LA.  A month or so later I got a callback and got to meet Katherine, Susanna, Beth and the casting directors Kahleen and Tamara on Zoom, and shortly after I got offered the part of Lizzy Elmsworth.  It was truly one of the happiest days of my life and incredibly surreal, because I’ve always wanted to do a period piece really badly. We’ve been in Scotland for about a month now and it’s been lovely getting close and working with the cast, crew and the production team.

The story is about girls with money and men with power, new money and old secrets. A group of fun-loving young American girls explode into the tightly corseted London season of the 1870s, kicking off an Anglo-American culture clash as the land of the stiff upper lip is infiltrated by a refreshing disregard for centuries of tradition. Sent to secure husbands and titles, the buccaneers’ hearts are set on much more than that, and saying ‘I do’ is just the beginning. What is your personal view on the story of the series, set back in the 1870s?

The first time I read the script, I was obsessed with the tone, the writing and the characters. I found myself deeply empathising with the girls and relating to what they are going through during their journey trying to secure husbands and titles in the London season. Despite being set in 1870s, the series deals with a number of issues that are relevant in the contemporary world. I am thrilled to be a part of this incredible story.

IN CONVERSATION WITH KAUSAR MOHAMMED