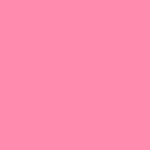 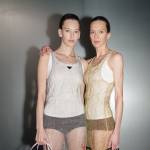 IN CONVERSATION WITH ANNAH BACH

Annah’s passion has always been fashion. Since her late twenties, she has been an avid fashion collector and model and Annah truly believes that fashion is one of the most influential languages in the world. Annah has her own production company, Fierce Fashion, Inc., she has produced numerous fashion editorials and co-styles shoots and film productions.

Recently, Annah merged her love for fashion with her interest in film-making. This symbiosis led to the short film ‘VISITOR’ which premiered at La Jolla Film Festival on 30th July 2022. Annah played the main character in the movie and was responsible for the art direction and creative concept. The film has been awarded nominations in the categories Best Creative Concept, Best Art Direction and won Best Cinematography.

You have always been involved in the fashion industry, being that with your modeling career, your production company ‘Fierce Fashion, Inc.” and co-styling many shoots. What does fashion mean to you nowadays?

Since early recollections, I have always been immersed in the various forms fashion takes. Whether it is in my personal life or related to my career, fashion has filled me with joy and inspiration but simultaneously drives me as it encompasses so many different facets. Fashion, to me, is an artistic form of self-expression. It enables me to communicate with the environment I’m in, discover and express my most authentic self – that’s when I feel most alive, most engaged with the world. So you could say fashion represents life to me.

You have your own extensive personal couture collection, how did it start and what can you tell us about it?

Growing up, I experienced four different European cultures – Greece where I was born and Finland, Austria and Switzerland where I was raised – but somehow I always felt like an outsider. Fashion helped me to connect with the people around me, protecting me from being an outsider. It has become the most powerful language in the world – my language. Fashion is universal. I then started collecting fashion to mark specific moments or phases in my life. So when I go through my fashion library it ties me to moments in my life. I like to think this is one aspect of fashion, certainly it is of my collection, to connect moments of my life through a literal fabric thread.

Your movie ‘VISITOR’ has been selected for the La Jolla International Fashion Film Festival and has been awarded three nominations, congratulations! What was your main inspiration and motivation while creating this project?

One main inspiration comes from Ridley Scott’s 1982 Blade Runner which I have always loved because of its iconic fashion. The style in the movie is so distinctive yet timeless and is like armour for its female characters. In ‘VISITOR’, which has been nominated Best Cinematography, Best Creative Concept, Best Art Direction, I am also exploring the dichotomy between darkness and light that exists in all life forms — the main character says ‘ I am ready to introduce myself. I am both darkness and light.’

What is your drive to transition from your model career to film-making?

Fashion takes so many forms and modelling as one expression of fashion lead me to film-making. When I’m on set modelling, the clothes convey a story and reveal a lot about who the person in the editorial is and I think fashion has the same significance for film. For me, I was looking for a way to express myself fully and found it in making films. For ‘VISITOR’ my goal was to heavily expose fashion and share a personal message with my audience.

With ‘VISITOR’, you were involved in many aspects of the film. What was your role in getting this project done?

’VISITOR’ marked my first effort in film-making. It was created with the help of my production company, Fierce Fashion Productions, and the process felt similar to producing fashion editorial shoots, but just a lot more work.  ‘VISITOR’ is also my first attempt at acting and I am looking forward to going through more character development in my next project. For the film, I researched and selected the team, was involved in the concept, the styling using a lot of my own Couture collection, crafting the script, and even involvement with the editing.  But, as with any successful project, you need a good team; and Martin Perry Lutz as the director, C. M. Stassel as scriptwriter and even my acting coach all played a significant role.

What is the story behind the garments that are used in the movie?

Most of the movie’s wardrobe comes from my fashion library and has special meaning to me. The looks represent a certain phase or moment in my life. I like to believe that the memories these garments bring forth also helped me with acting. Besides brands that I’ve always felt passionate about like McQueen, the movie also features designs by Lessja Verlingieri, the designer of the amazing Couture house Lever Couture. Lessja and I collaborated for the movie and chose the look that the movie opens with which represents darkness and the last look which represents light.

Would you say that developing your film career is your main focus in the near future? Or do you have other plans?

I intend to immerse myself in film but I also want to look forward and see what the future of fashion has in store like digital fashion, the metaverse or as a digital couture designer. I’m fascinated by the metaverse where digital and physical realities merge. Fashion was and is always my first love.

I would say you are definitely a creative. Is that correct? If yes, would you imagine yourself pursuing another path other than this one?

Growing up, I always knew that I was a performer and an artist. I studied classical singing with the intention of becoming a professional opera singer and throughout my whole life, I have always been a writer.

THE VAN GOGH MUSEUM AND CINEVILLE KICK OFF PRIDE TOGETHER

EVERYTHING GOES WITH THE FW22 PRADA TANK TOP