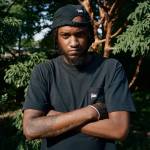 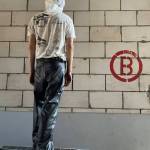 IN CONVERSATION WITH ANDRE DAE KIM

André Dae Kim shines as Christian Ozera, an intelligent, thoughtful, yet snarky Royal Moroi in ‘Vampire Academy’, which is based on the bestselling books by Richelle Mead. The series is set in a world of privilege and glamour, where two young women’s friendship transcends their strikingly different classes as they prepare to complete their education and enter royal vampire society. It is set to premiere today (15 September) on Peacock.

André, you’re starring as Christian Ozera in ‘Vampire Academy’, a series set in a world of privilege and glamour, where two young women’s friendship transcends their strikingly different classes as they prepare to complete their education and enter royal vampire society. Tell us more about this series and what can we expect from it.

The series is based off these books that were written by Richelle Mead. It’s a six novel series. I think the show is sexy and modern. It’s about young vampires. There’s political discourse, there’s romance, there’s a lot of stuff for everybody, there’s fighting, there’s magic. And really it’s about class and identity and these two young women trying to find their way through this society. And I think people really enjoy it.

Your character, Christian, is an intelligent, thoughtful, yet snarky Roya Moroi vampire who has become an outcast and shunned by high society due to his parents’ unforgivable societal sins. Well-read and hungry for knowledge, he searches for faith-based answers and discovers a kindred spirit who is also looking for the truth. How would you describe Christian in your own words?

Well, that was a perfect way to describe him right there. But for me, along with that, Christian is complex and he’s layered. I think at the heart of it, he’s just very thoughtful and he’s very caring, but he just hasn’t had the ability or the environment where he can really express that side of him. And I think he’s a character that you will learn to love as you grow with him within this show.

Your career started with the role of Winston Chu in ‘Degrassi’ franchise. How did this role impact and shape your future career?

I think for me personally, the most important thing that I learned was to believe in myself and stick it out, even though this industry and acting and any profession, any job, any aspect of life can be tough at times. And one thing I learned being on that show was that you were gonna have those tough times. And if you can’t believe in yourself, just believe in the love that you have for your job and the love you have for your craft and stick through it. So I learned a little bit of perseverance.

You grew up with an innate love for film and attended a high school that was rooted in the arts, which furthered your interest in acting. Have you ever had dreams of any other career or did you always know that acting is what you really want to do?

I think when you’re like really young, you want to be a bunch of different things. Astronauts, cowboys, superheroes, all these things. I always had interest in different aspects of life. For me, I was always very interested in board games and card games and video games, as well as martial arts and volleyball and fantasy shows and books. So, I could have seen myself going into something like that. Maybe game design or creative in that way. But I truly think I’m a lucky person, because I found what I really love and what I feel like I’m really good at too. And it kind of merged into one and I’m so blessed to have this job and to be an actor and to have found that passion so early on. I’d like to say that maybe I could do other stuff, but I really do think that this is the right choice for me.

So where would you like to see your career in 10 years from now?

If we could manifest some cool stuff, I would love to do some films that would take on the whole film circuit. Like Con Film Festival or Tiff Film Festival, which is in my home city of Toronto. I would love to do something that I could present there. All projects interest me and any project that gets sent my way, I’ll give it a read. You can be surprised at what would really interest you. I recently had an audition for something that was a military based film and I never thought I’d be interested in that, but then reading the script and doing it out, I realized this is actually something I’d really like to do.

I think that’s the beauty of it. You don’t know where your career is gonna go and you’re just ready for anything. You know, possibilities are endless, so just be prepared for everything and welcome everything with open arms.

Which film that you’ve seen is your all time favorite and why?

There’s a few for sure. I’m a big fan of ‘Midnight in Paris’. I think it’s a great film, it has a lot of great actors. I really like Owen Wilson and Adrien Brody. But I think my all time favorite film would have to be a Studio Ghibli film called ‘Princess Mononoke’ and ‘My Neighbor Totoro’. They’re both just films that I’ve watched ever since I was a child, so they just have a special place in my heart.

Which actor would you say is your biggest inspiration?

I feel like it always changes. As you grow, you find new things that you love and you’re really interested in new roles. I’ve always been a big fan of Ryan Gosling. I think he’s done some amazing work, like ‘The Place Beyond the Pines’. That’s a great film. I love that film. I’ve also been a big fan of Sandra Oh and Steven Yeun. Those are all actors that are also representing Asian Americans and Asian Canadians. So I’m a big fan of those actors as well.

I think, at least for people who live in the west, like Canadians and Americans and maybe people in the UK as well, racial diversity and representation is important because we wanna represent. Art is supposed to reflect society and I think for a long time we’ve realized that we don’t live in a mono-ethnic culture in America and Canada. We live in a place where there’s tons of different people and if art is supposed to reflect society, then we should have stories that represent these people. When you have people in your society who don’t feel represented within their own film and media and maybe feel like “Oh, this is not something that I could do or this is something that doesn’t interest me as wholly as it does other people”, I think that you’re missing out.

Maybe 15 or 20 years ago, we could have had a great actor like Steven Yeun or Sandra Oh back in the sixties or seventies, but just because there wasn’t that representation and there wasn’t space for them, we unfortunately never had the chance to see if there was that. And I think that’s the most important thing. Every kid that gets born could be someone who discovers the cure to a disease or discovers another planet or discovers time travel or something. But every kid who’s born could also be the next great Timothée Chalamet or the next great Marlon Brando. And I don’t think it has anything to do with race. I think it has everything to do with opportunity. And if we don’t give these people the opportunity, then we’ll never be able to find those gems.

This year you also starred in ‘Star Trek: Strange New Worlds’ as Chief Kyle. What was your favorite thing about this series?

It was a great cast to work with, everybody’s so nice. And the whole production is so warm and welcoming. ‘Star Trek’ is such a legendary show. The minute I told my parents about it, they were freaking out. They watched ‘Star Trek’ when they were a kid tool, so they were so excited for me and the fans are really lovely. I don’t think I’ve met people who are more welcoming and open and just want to know more about you, so that was a great part. Chief Kyle is awesome. My character is the transporter chief, so he does the classic beam of Scotty. Just being able to do that felt like a moment in legacy that I got to do. I can’t believe I’m beaming somebody up. That’s my job.

I had a scene in ‘Star Trek’ that was directed by Dan Liu. It was the third or fourth episode and it was me running through the thing as a ship was exploding. I got to do some action sequences, I got to watch people get rigged up and thrown. That was really cool, cause I’ve never done like a space action sequence, where the stakes are really high. So I think that is one of the most memorable parts of filming that show. But I had a great time in general.

Will we be seeing you also in the second season, which will premiere in 2023?

Unfortunately not. There was some talk of me coming back, but there was a lot of overlap with ‘Vampire Academy’. They started filming while I was still shooting. And then when I came back, there were discussions about where my character would go and it just didn’t work out at that time. It just didn’t work out, the timing wasn’t right. But the show is honestly amazing. I’m on it, but I also loved watching the show too. And I have no doubt that the second season will be just as good. So if there’s ever a third season and timing actually does work out, I would love to be back.

How hard is it to have two projects that are overlapping and you would love to do them both, but you simply can’t be at two places at the same time?

For a lot of actors, even just booking one thing is a huge accomplishment. So it’s almost like the curse of the privilege, to have two shows and be like “Oh, I can’t do both of them at the same time”. It’s tough, cause you really wanna do both and you make good friends on both and you really want to be a part of both of them. My role on ‘Star Trek’ was really amazing. I loved Chief Kyle, but ‘Vampire Academy’ was a little bit more of a substantial role with Christian obviously. So you gotta make decisions like that and timings don’t work out all the time, but yeah, I would love to do both shows.

When you’re not on set, you enjoy gaming and playing volleyball. What are some of your other hobbies?

Volleyball is a huge hobby of mine. I’ve been doing it for five years now and I really love playing it. When Covid was happening, it was not the safest time to play volleyball, so I had to take a bit of a break. And during that time, I fell in love with reading and playing guitar. Music in general as well. So those are some things that I like to do.

And recently I’ve been doing a little bit of stunt training, like learning to do certain stunts and learning some stern tricks, like flips and stuff like that. And also a little bit of cooking. I feel like everyone cooked a little bit during the pandemic and I did too. I’m not great at it, but I learned some cool recipes and I’m gonna keep doing that a little bit as well.