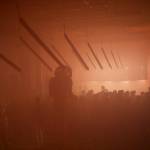 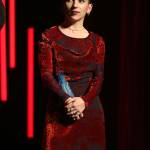 Spain’s biggest and surely Europe’s most beloved festival announced its 2023 lineup with a booming launch party in Madrid on the 29th of November. For the first time ever, Primavera Sound will debut in the Spanish capital, bringing the coastline fun inland. The lineup of international superstars including names in the likes of Depeche Mode, Kendrick Lamar, Rosalía, Halsey, FKA twigs, and Skrillex to name a few, will headline the Barcelona and Madrid dates over two consecutive weekends, bringing the new festival mantra I’ll Be Your Mirror to life.

Supported by Spanish automobile manufacturer CUPRA, the celebratory event that marked the beginning of the new Primavera era was a glimpse into what’s to come in the summer of 2023. The crowd consisting of international press, talents, and opinion leaders mingled under the ambiance of neon lights while enjoying the performances of punk ensemble Niña Coyote eta Chico Tornado and rapper Villano Antillano. The excitement for the Primavera Sound’s summer edition was already in the air.

The festival will take place in Parc del Fòrum from the 1st until the 3rd of June and in Ciudad del Rock de Arganda del Rey from 8th until 10th of June in Barcelona and Madrid respectively. The lineup for both cultural hubs mirrors each other, creating equally exhilarating experiences in two parts of the country. Punk and k-pop, reggaeton and metal, techno and salsa, every genre will be represented and celebrated in all their glory.

“Wherever, however, I’ll be your mirror”

CUPRA and Primavera joined forces with the aim to bring audiences together and explore new ways of enjoying music. Introducing Metahype, the storyline presented in the electrifying line-up announcement video takes place in the said metaverse, a collaborative space that CUPRA will be exploring further.

Tickets for Primavera Sound 2023 in Barcelona and Marid are out now.

A RECAP OF THE ART PARTY ‘SEMESTER9’