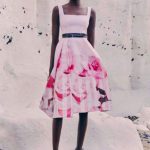 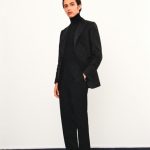 HVNLY, also known as Heavenly Chances, is a Suriname-Dutch artist based out of the Netherlands. A soulfoul ‘punk pricess’ according to many peers around her. The way she translates emotions and experiences into her compositions is absolutely unique. HVNLY knows how to mirror her audience by telling stories from different perspectives, stories everyone could identify themselves with. She carries herself in an exquisite, very powerful manner.

On November 12th HVNLY will release her new song ‘Real One’ including a music video co-directed by herself released on the 15th. ‘Real One’ is all about self reflection: a safe space to be able to be real with yourself.

What do I want?

Who is making my life better rand who is keeping me back?

Who is real with me?

HVNLY takes her audience on a journey into her selfcare routine: dimmed lights, scented candles, a relaxed setting where you can escape the daily chaos. The music video shows a subtle bridge between two worlds, where HVNLY’s thoughts and needs merge into one. While the story unfolds, the viewers witness a dilemma and the strong energy between HVNLY and her lover. Is he the ‘real one’ for me?

‘Real One’- produced and written by HVNLY – is the first single of her upcoming EP which will be released in 2021.