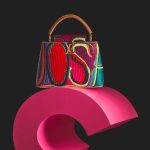 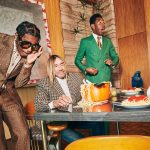 The House of Givenchy is pleased to present the first advertising campaign by its new Creative Director, Matthew M. Williams

The House of Givenchy is pleased to present the first advertising campaign by its new Creative Director, Matthew M. Williams.

In a series of images shot by the photographer Nick Knight, a longtime friend and collaborator, the designer lifts the veil on his aesthetic for Givenchy, revealing key hardware symbols that he will bring to the fore in collections for both women and men. Since his appointment as Creative Director of Givenchy in June 2020, Williams has been quietly honing a fresh, modern attitude for the Parisian fashion house. He began by drawing inspiration from his new life in Paris, incorporating beloved places and emblems into his designs. In particular, a picture he took of the celebrated ‘love locks’ adorning the bridges of Paris was the starting point for an original take on Givenchy signatures. Metallic symbols floating against gradated pastel grounds, creating a distinctive, street-edged tone. Williams infuses classic chains with his personal vision: flat and angular links are stylized into a “G” shape— a subtle yet immediately recognizable visual code denoting unity and interconnectedness.

Sophisticated unisex accessories express a symbiosis between the Givenchy universe and the designer’sflair with hardware. Gold-finish “Givenchy” locks nod to the U-lock design or come with a spare, narrow body and elongated shackle that closes with a textured screw. A padlock embossed with an exotic skin motif sports two asymmetrical piercings at its base so that its sibling locks can hook up, or not — an open invitation to make this iconic new symbol one’s own. For digital platforms, Williams oversaw a video, also shot by Knight, featuring custom vocals by another of his close friends, the rapper and songwriter Playboi Carti. Behind the scenes, the “work in progress”currently underway at Givenchy takes shape as images of the new House symbols cascade from a high- res printer and Carti riffs on right versus wrong pronunciations of the House’s name. In a daring choice for a debut campaign, Williams highlights Givenchy’s new symbols in still-lifes accentuated by scaled-down “Givenchy” and “4G” signatures, an assertion of discretion, worldliness and refinement.

The debut campaign by Matthew M. Williams for the House of Givenchy will break on September 26th, 2020.