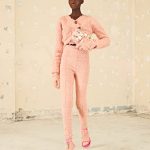 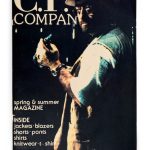 Shayne Oliver and Hood by Air opened the floodgates of the Prologue era this week with an early reveal of the campaign’s lede imagery, starring the ultimate muse, British fashion icon Naomi Campbell. Shot by Luis Alberto Rodriguez and styled by Carlos Nazario, the images highlight the first official ready-to-wear project from Hood by Air which can be found exclusively at HOODBYAIR.WORLD

THE PROLOGUE: a distillation of ideas in collaboration with Shayne Oliver’s Anonymous Club for Hood by Air. Oliver worked with both teams to make a collection of character costumes of wardrobe for this project. This acts as a pre-collection to the brands official return.

Along with the HOOD BY AIR return, the re-conceptualized fashion house announced four distinct entities: HOOD BY AIR, HBA, MUSEUM and ANONYMOUS CLUB. HOOD BY AIR will set the theme each year with an event or activation. These ideas and themes will be represented and reinterpreted as collectible fashion products, aiming to redefine a luxury brand. HBA will be a direct to consumer platformspecializing in project based merch collection, MUSEUM will be the home to archivesfrom the brand's first incarnation and ANONYMOUS CLUB, an independent creative studio for art, sound, performance, and film, supporting the cultivation of emerging talents.