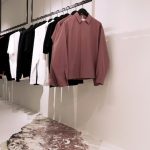 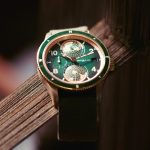 At home with Alexander DiPersia

Who are you  and what is your profession?

It likely says this above somewhere but for the record, I am Alexander DiPersia, called Alexander by some, Alex by others, and AJ since I was a kid and my brother couldn’t pronounce Alexander. I am, according to google, an actor but I am also a writer and in fact most of my time is taken up but what was once my side-gig, art dealing and curation. I collect art passionately (addictively) and fund that by placing art in both private and public collections across the world. It allows me to have an element of control and input that simply sitting back and waiting for meetings and auditions to work out doesn’t. Plus I constantly get to see beautiful things, which is an absolute must to keep me happy and engaged.

How do you think Covid-19 will affect the fashion industry both long-term and short-term?  How do you see the impact of Corona crisis on the general perception of fashion?

I think short term we’ve already seen less spending by consumers across all brand price points and obviously a lot less parties and hulabaloo around fashion week’s and shows and who gets to go where and why. I think parts of this will last long term and maybe that’s for the better. Less buying of things we don’t need but think we do because other’s have them, and less FOMO from an exclusive and exclusionary world that everyone gets a peek into via social media. In regards to the general perception of fashion I don’t think too much will change, what’s cool will be cool, as long as we can wear it comfortably while at home binge-ing our favorite tv show 😉

Like most everyone I’ve been doing a lot of cooking, that’s not new, but I certainly have been doing it more now than ever before. I love thai food and have never tried cooking it, so that has been a fun and very spicey experiment. I also have picked up a love for the bow and arrow. I now spend my afternoons in the backyard pretending I’m a much less talented Robin Hood. From a work perspective, I am working more than ever as we are expected to have our phones on us at all times. I really don’t mind it. It’s nice to keep things moving.

Right now I don’t have any plans. I’m not one for plans ever but I am usually on a plane 2/3 times a month nomad style. I most likely would be somewhere else right now if not for Covid, but it’s been quite a relief just staying in one place and being content with that. The first thing I will do when I am allowed to and am comfortable doing so is to go and visit my 7 moth old niece in London. I miss her every second of every day.

What is your daily beauty routine like? And what beauty products you cannot go without?

I truly never thought I’d be asked this question. I’m honored. It has certainly changed a bit during covid as I’m likely not showering as much as I should be. But that will change (I think.) When I shower in the morning (again that has changed) I wash my face with la roche posay facewash and then moisturize with embryollise moisturizer. I found out about both of these during my time on film sets not by trial and error, they were entirely someone else’s idea and the face wash smells nice. At night I wipe my face down with witch hazel which my dad used to use. Simple and clean.

What is the coolest new thing you have learnt since being quarantined and how did you learn it?

The coolest thing I’ve learned, as I said above, is the bow and arrow. I learned it by watching countless youtube videos, practice, and reading Herrigel’s ‘Zen in the art of Archery,’ which is the book credited with introducing Zen to Western audiences. It’s both fun and peaceful and makes me feel a lot cooler than I am. Though it’s not new I’ve really learned to appreciate sunsets and flowers and animals and all that comes with long walks and being upstate. I’m slowly turning into my mother.

Tell us something about yourself that isn't on your resume.

I paint my toe nails. They are currently purple.

What's the first place you'd want to go when it's safe again to travel and go out of our homes and why there?

As I said above I can’t wait to see my niece in London and give her a big squeeze. Second to that it’s seeing my parents and family members and friends I’ve been so distant from. I really just want some hugs. I’d go anywhere and do anything for a nice big hug right now. I really hope those come back soon. I’ll pay. A lot.

What is your favorite song at the moment and why? Do you have a playlist that you would like to share with us?

At the moment my songs and playlists are very classical. Bach’s Goldberg Variations as played by Glenn Gould and the Phantom Thread soundtrack by Jonny Greenwood from Radiohead keep me calm and collected though feeling slightly melancholic. I’m listening to nothing too new or exciting, just things that make me feel comforted and ok with being alone.

When I wake up, I go straight to the coffee machine, make a pot, then go sit outside and listen to the birds while I read the news and have way too many cups of coffee. It has been tough lately with what’s been going on in my country and across the world. For months the day’s were met by grim covid numbers and now the morning’s are greeted by sad but important images of the anger spreading throughout my country due to the racial inequalities that have existed for far far too long. Those stick with me throughout the day so before bed, I read the news one more time and then I plug my phone in across the room and set my alarm. I put water and a little snack next to my bed as I inevitably wake up at some point in the night needing something sweet. That’s probably an unhelathy habit.

What is your go-to work-out for staying in shape? What does working out mean to you?

This is a tough one. I worked out every single day my entire teenage and adult life; boxing, running, swimming, yoga, everything under the sun. As I’ve gotten older I’ve developed some very bad back problems so my ‘workouts,’ if you can call them that, resemble a form of pilates now. Lots of rubber bands and stretches and very light isometric movements. It’s brutal not really being able to really break a sweat, but life is all about adapting. Working out has always been a means of escape for me, so now I just have to face a lot of things head on. TERRIBLE.

What is your favorite painting and has it inspired you for any of your work thus far?

My favorite painting, since I was a kid, is Jean-Michel Basquiat’s (untitled) 1981. It is in the collection of Eli and Edith Broad and is in their museum on display in Los Angeles. It’s the painting that first got me interested in art in general, and I had a poster of it on my wall as a child. It shows his focus on anatomy (he was in a car accident as a young guy and became obsessed with the book ‘Gray’s Anatomy’ and mortality), his love for showing both the inside and outside of somene (possibly himself), and it shows both life and death which I think had to do with his fear of dying young which indeed happened at 27 from a heroin overdose. He made so many paintings I love like ‘Defacement’ and that are so important right now, showing that 40 years later the police in America are still brutalizing the Black population. I can’t say either work has directly inspired my work but it has driven me to work hard and keep my head up despite how grim some things may look at times. Basquiat made this painting at 21 and died at 28. A masterpiece as a child and an ending that came way too early. My hope that stems from this is to live a long life and one day create something, anything, that inspires someone else as much as these painthing have inspired me.

How to make Montblanc’s NATO strap?