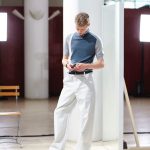 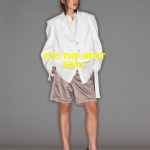 Alpine skiing prodigy and graduate of diplomacy, the spokesman of Slovenian gastronomy, Ana Roš is a self-taught cook. She met her business partner and ex life partner Valter Kramar while studying in Gorizia in northeastern Italy. His parents owned Hiša Franko, an already established restaurant near the Italian border, and the couple decided to take it over. He worked as a sommelier, she as a waitress, eventually stepping into the kitchen when the chef left. With help from Valter’s mother and a family friend she experimented with updating traditional recipes from the upper Soča valley and by 2010 had started gaining an international reputation, crowned Best Female Chef by The World’s 50 Best Restaurants and being the subject of an episode of Chef’s Table in 2017.  #38, The World’s 50 Best Restaurants, 2019.

In 2017 you have received "The World's Best Female Chef award". What does this award mean to you?

It means a lot. I am self-taught and come from a small country that not many people know has a quite a nice culinary tradition. To come where I am now took a lot of personal and business sacrifice. So acknowledgements like this prove that I am on the right path and keep pushing me, my family and the community around us forward. But – it did come as a big surprise. I was pretty silent for the first week. I find it a huge responsibility. It also gives me a platform to talk about certain issues in the restaurants and kitchens like sex balance, age balance and so on.

How did you get involved with cooking?

I never attended culinary school. Instead, I was trained as a diplomat. My parents kept pushing me since early age and have invested a lot in my education. They always believed in me, that I was going to become “someone”. So I studied international relations (and was a really good skier, too). But then I fell in love with Valter, my husband, restaurant manager & head sommelier today. Valter's parents had a restaurant, Hiša Franko, he was working in service there and that's where we met. We travelled a lot, went to restaurants, winemakers, explored the world. This type of life and exploration appealed to me a lot. Discovering new countries, new places, I realized that living by the rules can feel very restrictive. It's freedom that defines you. The crucial moment came when Valter's father decided to retire and it was obvious that Valter was going to take over Hiša Franko. So I decided to risk all and work as a chef there. At that moment, I had the opportunity to work in diplomacy in Brussels. But I turned it down for Valter and for our relationship. In the kitchen, I knew how to make pasta but that didn't mean I knew how to cook. I taught everything they teach students in culinary school by talking to people who had the knowledge, by questioning what I do and myself. That's how everything started! The first few years were really hard but we pushed a lot, working and developing ourselves. Fifteen years later, I received and award for Best Female Chef, which obviously means that we did things right. Success doesn't come fast or cheap.

Any restaurant that impressed you at early age?

Yes! Valter and I went to La Subida one day, just across the border from Slovenia in Italy. The cuisine there really inspired and opened my eyes. That&#39;s when I started experimenting at Hiša Franko, which brought me where I am today. There was a lot of hits and misses in the beginning but that's normal, too.