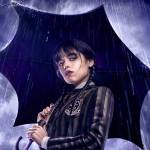 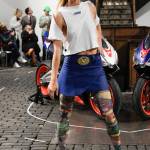 Agile hooves, a confident trot. Suppleness, grace and elegance. It is midnight on the Faubourg and the City of Light is about to hum to the winged cavalcade of Super H!

He is heroic and solitary, midway between comic book character and Greek divinity. With Super H, Hermès opens up a new playful and creative interlude of Time as a new object from the House.

Slim d’Hermès Minuit au Faubourg plays on the worlds of pop art and Paris to create a light, off beat horological miniature, produced in two series of 24 timepieces each. Its theme is derived from a silk scarf designed in 2014 by Dimitri Rybaltchenko.

The Eiffel Tower stands out against a sky streaked with clouds and studded with aventurine stars, majestically overlooking the legendary sloping zinc Parisian roofs that reflect the bluish gleam of the moon and the rosy glow of the setting sun. The dome of the Invalides can be seen in the distance, along with its neighboring obelisk on Place de la Concorde. A few streets away, the wings of the Moulin Rouge spin in the summer wind. But the essential element lies elsewhere.

Where? 24 Rue du Faubourg Saint-Honoré. This is where «Hermès Sellier” – as mentioned on the wall sign – took up residence in 1880.

On the top floor sits a secret garden surrounded by a column-lined terrace. At the call of his name, beamed as an H from the top of the Eiffel Tower, Super H is ready to take flight. His cape flutters in the wind, revealing his initial: an orange-brown «H». A superbly proud and majestic comic-strip Pegasus, he stirs the imagination: what will happen? Why was he called? Where will he fly to?

One thing is for sure: Super H will fly off draped in a soft luminescence, thanks to the artisans at Hermès Horloger. A beam of light made of Super-LumiNova is projected from the Eiffel Tower. At night, it sparkles near the dial surface, tracing the outlines of the Super H banner. All around it, the Parisian scene is hand-drawn in micro-painting. Its multiple layers – particularly the thicker one in SuperLumiNova – give the dial a slightly grainy texture, like a canvas.

Entirely hand-crafted and resulting from more than 50 hours of work, each dial will be unique, framed by a 39.5 mm white gold case and powered by the Manufacture Hermès H1950 self-winding movement.

Hermès creates objects. Objects shaped by the hands of artisans to make them true companions for those who wear them. Practical, functional and stemming from uncompromising expertise, they radiate the lightness of the unexpected. They make everyday life their playground, and each instant a uniquely special moment.

For Hermès, time is also an object. Its inherent tension is translated by the house into a singular characteristic. Rather than measuring, ordering, and seeking to control it, Hermès dares to explore another time, designed to arouse emotions, open up interludes and create spaces for spontaneity and recreation.