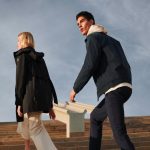 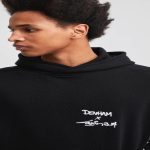 Here’s to the next six decades

Almost exactly 60 years ago, an icon was born. There are lots of myths surrounding Dr. Martensinception. Motorcycle crashes. Skiing injuries. A giant hole in the factory oor. One thing, though, is definitely true. The original boot’s design was a collision of two worlds cutting-edge German engineering and many decades of British shoemaking heritage. This unlikely fusion was the first step in what became the brand’s incredibly diverse and unpredictable history.

Nobody could have foreseen 60's subcultures adopting Docs boot as part of their uniform. Nor Pete Townshend wearing a pair on stage at a Who gig in 1967. In a few short decades, the air-cushioned boots were taken from workshop oors through streets and onto music stages  just as likely to be seen on a fashion runway as a festival eld. The boot’s unconventional markings,  yellow welt stitching, a grooved sole and scripted heel loop  became a symbol of working-class pride and self-expression.

Fast-forward 60 years, and from the outside, little has changed. Dr. Martens boots are still made the same. From the same materials, using the same process, and often in the same factory. They’re still comfortable, durable, and designed to get better with age. The only thing that is not  and will never be  the same are the people wearing them. The innovators, rebels and freethinkers who’ve turned a humble British bootmaker into a global alternative brand.

The Docs community in 2020 is an ever evolving group of subcultures and individuals across countlesscountries and ages. The core details that once marked a simple work boot are recognised around the world as abadge for this nonconformist attitude. People that go against the grain. Fight for change. And will never accept the status quo. They are the ones who will ensure the spirit of Dr. Martens will last another 60 years.

Our first pair was 1.4.60. When was yours? Let us know: @drmartensoffcial. @numero_netherlands