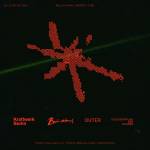 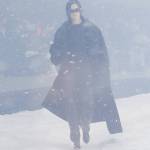 HENNESSY AND NBA – A CULTURE AND COMMUNITY DRIVEN COLLABORATION

Hennessy, the world’s best-selling cognac brand, displayed never-before-published images of the Dutch hip-hop community in a pop-up exhibition on board the SS Rotterdam. The exhibition’s theme was ‘teamwork’ and has been developed as part of the global marketing collaboration between Hennessy and the NBA.

The ‘Court Beyond Limits’ series, a celebration in honor of the NBA’s 75th Anniversary Season, also officially came to an end with the installation of a pop-up basketball half court on the SS Rotterdam.

Hennessy, the ‘Official Spirit of the NBA’, has been an official marketing partner of the NBA since 2020, marking the NBA’s first global official collaboration with a spirits brand. The cognac brand and the North American basketball league share certain values such as the drive to exceed expectations, integrity, innovation and teamwork, which form the basis for this collaboration. Both brands want to unite and inspire people to push their limits.

“This collaboration supports the game and the culture that brings people together through entertainment and camaraderie,” said Julie Nollet, Hennessy global CMO. “We celebrate the impact the NBA and Hennessy have on so many unique cultural facets within the community. It’s so much more than a sport or a cognac, it’s above all the lifestyle that lives around the basketball court,” said Monika Kalra, Hennessy Netherlands Head of Marketing.

Court Beyond Limits
As part of ‘Court Beyond Limits’, a series of iconic pop-up basketball courts were built around the world. The SS Rotterdam court marks the final iteration of this global concept. On October 13, a basketball half-court was built on the deck of the SS Rotterdam, which also featured the pop-up art exhibition. The exhibition has been developed on behalf of Hennessy, featuring unique private images of well-known Dutch hip-hop artists and other members of this community.

The essence of teamwork captured on screen
Hennessy and the NBA represent global communities of trendsetters from different fields such as music, fashion and art. Wherever one stands in life – as an entrepreneur or artist – the choice to rely on a team, to push boundaries together, is important. The exhibition ‘Teamwork’ has been developed by Hennessy, in collaboration with Dutch key figures from the hip-hop community and highlights the importance of this synergy. The exhibition gives a unique look into the lives of these artists. The moments captured reflect what teamwork means to them: friendship, strength, love for the craft, and above all, the Never Stop Never Settle mentality that both Hennessy and the NBA convey.