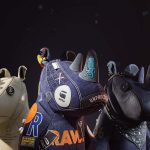 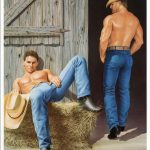 Havana Club and Frenna launch ‘A Toast To The Culture’ campaign

‘Waistline’ can be heard everywhere from today and the limited edition Havana Club x Frenna bottle is available in the Netherlands and Belgium from today.

Cuban rum brand Havana Club and Ghanaian-Dutch artist Frenna have teamed up to celebrate passion, talent, and the love of art. Havana Club and Frenna are now launching the ‘A Toast To The Culture’ campaign, emphasizing the importance of creating together and supporting emerging talent. They are also jointly launching a unique limited edition bottle, designed in collaboration with next generation creatives to offer it a stage. To celebrate the collaboration, Frenna is releasing a brand new track that is available today on all streaming platforms. The accompanying music video will be released on Friday 1 April.

Success is often attributed to the artist himself, but Frenna knows better than anyone that his success has been a process of setbacks, patience, hard work and teamwork. The support he received from his community, friends and family, combined with his passion for hip-hop culture are the foundation of Frenna’s success. His Ghanaian roots have always had a major influence on his musical development, upbringing and the value he places on family and friends. This cultural influence and the family feeling that the people in his environment give him are also important values with which he grew up in the Schilderswijk in The Hague. There he was shaped as a child and teenager by everything he saw and experienced in the neighborhood and there he also developed his work ethic that allowed him to realize his dreams. For Havana Club, originating from the streets of Cuban Havana, a place where culture, hard work, and family and friends are the basis of success, working with Frenna is a no-brainer.

Frenna and Havana Club selected six creatives for the trajectory, whom they guided during mentor sessions in which knowledge and creative ideas were shared. The wonderful collaboration between one of the world’s most popular rum brands, one of the Netherlands’ most successful artists and a special group of promising creative talents resulted in an impressive video clip, a limited edition bottle with a unique and distinctive design, and a special portrait painting by frenna.

The limited edition bottle was designed by the Amsterdam designer Julian Roebling . The bottle features the colors of the Ghanaian flag, which serve as an ode to Frenna’s roots. Also included are Frenna’s famous ‘777’ logo, an eagle – the tallest bird in the sky that Frenna looks up to and the animal that symbolizes Ghana – and seven adinkra symbols representing Greatness, Bravery, Creativity, Courage, Wisdom of the past, Strength and Guardianship, reflected in the design.

28-year-old photographer Calvin Pausania , known for his work for Nike x Footlocker, Converse, Memphis Depay for GAFFER x Valentino, among others, was the photographer for the entire campaign. The track that Frenna made for ‘A Toast To The Culture’ was produced by the Rotterdam talent ZERODIX and the video clip was directed by Robin van Geemen , known for his work for brands such as Patta and CRUÈL. The styling was entrusted to Ela van der Jeugd , who links fashion and entertainment with an eye for marketing, creativity and branding.

It was important for the next generation of creatives to connect Hip-Hop with physical painting, one of the most traditional forms of fine arts. The talented British artist Hannah Vernier created an oil painting, drawing inspiration from the diverse elements of both Frenna’s Ghanaian heritage and Havana Club’s Cuban roots. With this painting, Havana Club and Frenna immortalize the successful ‘A Toast To The Culture’ campaign and hope to inspire other brands and artists to give emerging talent opportunities and support them in their creative development.

After successful collaborations with British rapper Skepta and Amsterdam-based brand Daily Paper, a collaboration with Frenna was the perfect match for Havana Club. The limited edition bottle of Havana Club Rum will be available from April 1 in the Netherlands and Belgium at Gall & Gall, Drankdozijn and selected Belgian sneaker stores DNA and De Makers Gallery.

About Havana Club Founded and made in Cuba, Havana Club is a rebellious brand fueled by the energy of the city of Havana. The brand’s personality is inspired by the urban and multicultural power of the streets of Havana, inviting beer lovers around the world to join the Cuban rum revolution in every sip of Havana Club – neat or blended into refreshing and stylish cocktails like the Cuba Libre or the 7 Ginger. Havana Club is proud to be ‘The Rum of the People’, bringing Cuban street energy and creativity to consumers through cultural collaborations with iconic street fashion brands and musicians from around the world. The brand’s three best-selling rums, Havana Club 3, Havana Club 7 & Especial, epitomize the Cuban rum style, with its lightness and freshness combined with the complexity and elegance that comes from natural tropical maturation. Each rum undergoes a separate maturation process to release the optimal flavors for specific cocktails or to enjoy neat.

ALLTOGETHER CURATED BY TOM OF FINLAND FOUNDATION AND THE COMMUNITY, PROUDLY SUPPORTED BY DIESEL