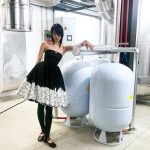 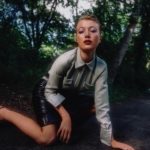 GUCCI TO PRESENT THE EPILOGUE COLLECTION THROUGH A LIVE STREAMING

Gucci is pleased to announce that Creative Director Alessandro Michele will present his Epilogue collection through a special live streaming and the release of a visual narrative feature.

The event will be broadcast on Friday, July 17, 2020, the last day of the inaugural Milan Digital Fashion Week, on several digital platforms worldwide. The exclusive narrative feature will be shared at 2:00pm CEST during the 12-hour live streaming starting at 8:00am CEST. Tomorrow you can livestream it on our website.

As previously announced, Alessandro Michele wanted to write an Epilogue: a conclusive chapter in the narrative arc that began with his last show “An Unrepeatable Ritual”, when he started celebrating the magic of fashion by unveiling what lies behind the curtains of a beloved liturgy. On July 17th, he is presenting the final act of this path, a further playful experimentation aimed at reversing traditional fashion rules and perspectives.

Casting the team from his design office, the Epilogue will be presented through a unified collection, with the seeds of what will be the near, imminent future.