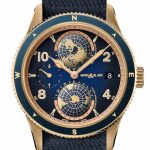 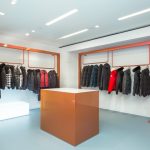 GUCCI IS PLEASED TO PRESENT THE EPILOGUE CAMPAIGN

Last July, Creative Director Alessandro Michele opened the final chapter of a three-part tale of subversion – one of shifting the gaze and questioning the rules, roles and liturgies that have come to define fashion as we know it. On that occasion, a twelve-hour live stream framed a narrative feature, revealing to the outside world what usually lies behind closed curtains. Here, throughout the course of one day, the Gucci design team became the hectic cast of models, captured on camera while patiently posing on set.

That intense shooting day paved the way to the campaign that is now presented. Set within two contrasting Roman locations, the grandiose, late-Mannerist Palazzo Sacchetti and the distressed, graffiti-covered Campo Boario area, the pictures bring together the Gucci design team, which worked with Alessandro Michele on the very same collection they are wearing, under a poetic play of juxtapositions and perspectives.

In an open dialogue between the external decadence and the personal extroversion of these two seemingly irreconcilable spaces, these usually anonymous faces come and go between their on-set tasks in the palazzo and the ramshackle squat. By doing so, they present a theatrical allegory that reconciles the real and the surreal, reflecting on the relationship between fashion fictional imagery and the reality of its productions.

In the words of Creative Director Alessandro Michele: “I brought together different things, which represent the messy beauty that I have always sought: the chaos of beauty. What happens to the relation between reality and fiction when prying eyes sneak into the mechanisms of the production of an image? What happens to fashion, when the true goes back to being just a moment of the false? Breaking the spell that forces my collaborators to passionately work on clothes they later have to abandon, I asked the team to wear them. And so we did a self-sufficient job, all inside our house, mixing things we had already done with things we were about to – overcoming the schemes of the time coherently with my idea of The Epilogue, the final resolution of a future that is largely present”.

Shot by Minneapolis-based photographer Alec Soth and filmed by Roman directors Damiano and Fabio D’Innocenzo, winners of the 2020 Berlin International Film Festival's Silver Bear for Best Screenplay, the campaign leads to the conclusion of the narrative arc that began in February with the An Unrepeatable Ritual show, when Alessandro Michele brought the backstage preparations to the centre stage. The tale continued in May, with the release of The Ritual campaign, a radical experimentation that blurred the lines between models and authors in search of a spontaneous, unpredicted idea of beauty. Now, following July’s live-streamed presentation, this fairy tale eventually finds its Epilogue.