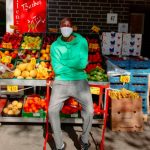 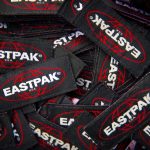 Design Fashion Style Things to do

Created by Wildlife, Tennis Clash is the closest mobile game to the real experience of playing tennis. Through this new collaboration, starting from June18th, players will discover exclusive Gucci outfits and be able to participate in a special Gucci tournament.

In an innovative move, Tennis Clash fans will also be able to buy for themselves outfits that mirror those on screen for themselves from the Gucci website, which brings the virtual and real worlds together.

Wildlife will create outfits for two characters based on Gucci designs; there will be two looks for ‘Diana’, and two for ‘Jonah’, which players can adopt for these virtual competitors. The special Gucci wardrobe will include shoes, socks, headgear, and clothing. From the Tennis Clash game, players will be allowed to directly land on Gucci.com where they will be able to discover and buy the garments.

Users will be able to play in a new in-game tournament branded as the Gucci Open. Tournaments are a limited-time game mode where you compete against other players to score the most points in a series of matches. To complete the experience, during these tournaments, players will also be able to use a new Gucci branded tennis string. Tennis Clash is consistently featured in the Top 5 Sports Games on the App Store and was recently selected as one of Google Play’s ‘5 Best Competitive Games of 2019’. Tennis Clash is available for download on the App Store and Google Play.

The House already pioneered the relationship between the world of fashion and that of gaming through Gucci Arcade, a section of the Gucci App launched in July 2019 which is dedicated to games – such as Gucci Bee, Gucci Ace and Gucci Grip, Gucci Lips, GG Psychedelic and Gucci Mascara Hunt – that allow users to play with the brand’s characters.

Eastpak steps towards a sustainable future