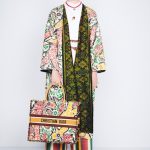 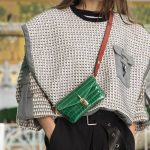 The new single "Electric Swing" by Goldkimono was released last Friday. The catchy sequel to summer hit "To Tomorrow" invites listeners to clear their minds, be enchanted by the power of music and transcend the everyday.

Something that is also clearly visible in the video: https://www.youtube.com/watch?v=RKlrYT82Wrw&feature=emb_title

The catchy and positive "Electric Swing" follows the summer hit "To Tomorrow", a song that Goldkimono has featured on the playlists of almost all national radio stations in recent months and which has now been streamed more than five million times worldwide. With the new single, Goldkimono (a pseudonym of Martijn "Tienus" Konijnenburg) underlines that music is a healing power for many. It is a language that everyone around the world can understand, feel and experience. "It makes you dance, it makes you sing, transcends the ordinary things …"

This message is also clearly expressed in the artwork and the striking video clip, with which Goldkimono joins a long musical tradition. It pays homage to the Camp Lo album "Uptown Saturday Night", which in turn is an ode to the cover of the Marvin Gaye classic "I Want You". In the video of "Electric Swing" the artwork is brought to life. “This makes the artwork of the single and video clip primarily a cultural homage,” said Goldkimono. “The original cover is based on an artwork by Ernie Barnes, who often depicts people with their eyes closed in his work.

With this he symbolizes that we as humans are often blind to each other's humanity. Our version – both in the clip and on the cover – accentuates that collective human experience. "Electric Swing" has an extremely positive message. The uplifting and cheerful feeling of "Electric Swing" invites you to dance and move, to escape from everyday worries. The music allows you to transcend the ordinary. Clear your mind, let the magic of music enchant you. ”