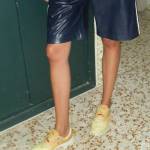 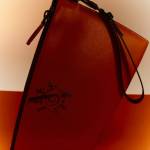 ”GOD IS A DJ” DIGITAL PHOTO EXHIBITION BY RUTGER GEERLING

Wednesday, October 19, on the first day of Amsterdam Dance Event, the official opening of GOD IS A DJ will take place at the Beurs van Berlage in Amsterdam. GOD IS A DJ is the world’s first digital photo exhibition, showcasing the work of photographer Rutger Geerling. The exhibition, curated by Fotomuseum aan het Vrijthof in Maastricht and presented by Samsung, can be seen at the Beurs van Berlage through November 13.

Rutger Geerling has been a frequent photographer at the world’s biggest festivals since the early 1990s. For nearly thirty years he has captured shows, artists, audiences, fireworks, number one DJs of the world and the soul of the dance world on camera. A period in which he saw the electronic music industry grow into a global phenomenon.

Geerling became “court photographer” of famous festivals such as Sensation, Tomorrowland, Mysteryland and Ultra Music Festival. He also worked with the world’s best DJs, such as Armin van Buuren, Hardwell, Dimitri Vegas & Like Mike, Fedde le Grand, W&W and many others. In 2015, Geerling won the prestigious Dutch Pop Media Award, partly because of his book This is my church, about 20 years of dance photography.

Geerling looks forward to the exhibit: “It’s a great overview of those past thirty years, trying to capture almost every aspect. From life ‘on the road’ to production, from stages to the heroes behind the turntables, from fan devotion to the very biggest shows. My digital images come out tremendously well on Samsung’s digital TVs. The great thing about this is that the music is the connecting factor. That’s something we need. Now more than ever.”

NEW COLLABORATION BETWEEN LOEWE AND ON CLOADVENTURE