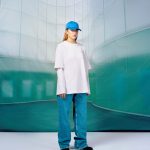 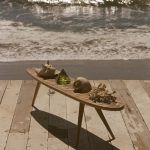 GET TO KNOW ONE OF OUR COVER STARS TOM DALEY

Tom Daley is an Olympic gold medalist and double world champion diver. Aged 13, he became the youngest European diving champion. He has 4 Olympic medals and is Britain’s most decorated diver of all time. After photos of Tom knitting in the stands at Tokyo Olympics circulated the Globe, he launched his own knitting label ‘Made With Love’ in November 2021. Tom released a coming out video on YouTube in December 2013 and is a big advocate for human rights. After the Olympics he said it was his mission for countries that have anti-LGBTQ+ and anti women laws not  to be able to host major sporting events.

Tom Daley was born and raised in Plymouth, southwest England. He started diving at the young age of seven and is a member of Plymouth Diving Club, where his talent was identified early. At the age of 13, he became the youngest European diving champion. He represented Team Great Britain at the 2008 Olympics in Beijing, becoming Britain’s youngest competitor at 14 years old and the youngest from any nation to compete in a final.

He’s an Olympic gold medalist, double world champion diver, multi World, Commonwealth, European and British medalist. He is a double world champion in the FINA 10-metre platform event, having won in 2009 at the age of fifteen and again in 2017. He won his first Olympic medal at 2012 Olympics in London, a bronze in the 10m individual platform. At 2016 Olympics in Rio de Janeiro Tom had a difficult. He won bronze in the synchro event, but because of illness didn’t win a medal in the individual event.

The 2021 FINA Diving World Cup, held in Japan, were an official test event for the 2020 Tokyo Olympics. There, Tom won his first World Cup gold with Matty Lee in synchronized 10m platform and also won gold in the individual 10m platform. At the 2021 European Championships held in Budapest, Tom and Matty won gold in synchronized 10m platform again. In the individual 10m platform Tom won silver. At the 2020 Olympics in Tokyo, which were postoponed due to the pandmic and then held in 2021, Tom won his first Olympic gold at the men’s synchronized 10-metre platform event with his diving partner Matty. To the synchro gold Olympic medal he added bronze in the 10m individual. Tom now has 4 Olympic medals in total and is Britain’s most decorated diver of all time.

At the 2020 Olympics in Tokyo, photos of Tom knitting in the stands circulated the Globe. Tom’s love for knitting and crocheting made him take up this hobby of his at the start of the Coronavirus pandemic during lockdown as a form of mindful and to keep himself busy. During the Olympics he unveiled an Olympic-themed cardigan and his instagram account dedicated to knitting (@madewithlovebytomdaley) gained over a million followers in only 2 weeks. Some of his most loved creations include a Team GB cardigan, pouches for his Olympic medals and a replica of the JW Anderson cardigan, that was worn by Harry Styles.

Later in 2021, In November, he launched his own knitting label ‘Made With Love’. The first range is a 15 piece knitting kit collection called ‘1896’, that is inspired by the first modern Olympics. It includes knit kits for jumpers, cardigans, accessories and novelty items. There are 15 products for beginners right through to advanced knitters, with price range from £30 to £220. Each kit comes with needles, yarn and knitting patterns. It uses biodegradable and renewable pure wool. The collection and the second installment ‘1896 Part II’ can be bought globally on bytomdaley.com.

Following the 2020 Olympics, Tom attended his first Met Gala with Moschino, stopped by Louis Vuitton show in Paris, Dior’s menswear show in London and in October of 2021 released his memoir ‘Coming Up For Air’, which instantly became a Sunday Times Bestseller. In the deeply personal book, Tom explores the experiences that have shaped him and the qualities to which he owes his contentment and success; from the resilience he developed competing at world-class level to the courage he discovered while reclaiming the narrative around his sexuality and the perspective that family life has brought him.

In December 2013, Tom released a coming out video on YouTube, which currently has 13 million views. In May 2017 he married the American Oscar-winning screenwriter, director and producer Dustin Lance Black and in 2018 they welcomed their son, Robbie.

Tom is a big advocate for human rights. After the Olympics, in October 2021, he said he would make it his ‘mission’ to campaign for countries where homosexuality is punishable by death to be banned from the next Olympics, to make it so that the countries where it’s punishable by death for LGBTQ+ people are not allowed to compete at the Olympic Games.