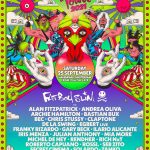 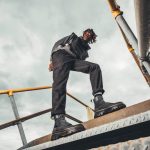 The 72-year old fashion and lifestyle brand unveils today its FW21 brand campaign, “The Future of American Sportswear.” The campaign features a bold cast of passionate artists and thought leaders who represent a contemporary GANT community. Together they nd the space where challenging conformity intersects with aspirations for the future, and breathe authenticity into the campaign with an inspirational message of openness and daring.

“We want to show who the real GANT is — that the brand is equal parts heritage and progressive,” says EVP of Brand, Eleonore Säll. “GANT has been on a tremendous brand journey this past year, and this campaign is the culmination of our efforts, where we reclaim our position as the future of American sportswear.”

CHALLENGING CONFORMITY WITH A MESSAGE OF OPENNESS

GANT’s brand purpose is to always challenge conformity — to stay curious, creative and have the courage to question societal norms in order to Never Stop Learning. With this campaign the brand has chosen to work with individuals who represent these ideals, and who also strive to challenge the status quo.

The hero campaign lm features the poem, Never Conforming To Second Hand Air, which was written by Sonny Hall speci cally for GANT, and is recited by members of the cast. This poem is a call to action to be true to oneself and promotes the idea of an inclusive community where everyone is welcome.

Sonny Hall – South London born poet. He is the co- founder of independent publishing house and poetry club Blue Beggar Books — an independent publishing house and poetry club. His rst poetry book The Blues Comes with Good News was released in 2019. Sonny went on to co-found Blue Beggar Books in 2021; something he describes as “a democratized framework for creative collectives and communities.” Working on his poetry alongside his continued modelling successes, Sonny Hall is a true young creative.

Mathilde Warnier – French actor, and model. She has starred in The Widow alongside Kate Beckinsale, the dreamlike movie Les Garçon Sauvages and the Net ix comic show Au Service de la France. In 2021 she portrayed Nadine Gires in The Serpent, a British TV drama that became a breakout BBC hit and one of Net ix’s most watched series.

Joseph Talbot – Welsh singer/songwriter. He has been the vocalist for British rock band Idles since their inception in 2009. Their debut album, Brutalism, was released in 2017 to critical acclaim, as was their second album Joy as an Act of Resistance in 2018. Their third album, Ultra Mono, was released on 25 September 2020.

Kelsey Lu – A classically trained cellist and polymuse from Charlotte, North Carolina. Their artistic practice ows comfortably at the intersection of visual art, performance, healing, activism and music. In addition to their solo work, they nd collaboration to be fundamental in the expansion of their practice which has brought them to collaborate with artists across several different disciplines including Blood Orange, Skrillex, Solange and Florence + the Machine.

Kelvin Bueno – Brazilian-born, London-based musician, model and actor. He is the bass player and vocalist for the band Outer Stella Overdrive. His commitment to non conformity can be heard in the lyrics that he writes for the band, which allows him to share his unique experiences.

Eliot Sumner – English actor, musician and music producer. In 2016 they released the album Information as a solo effort and in 2019 released the album Nosferatu as a music producer under the moniker Vaal. They have appeared in several well-known lms including Guy Ritchie’s The Gentlemen, and will next be seen in the upcoming James Bond lm, No Time To Die, Dionne Edward’s Pretty Red Dress and Malgorzata Szumowska’s In nite Storm.