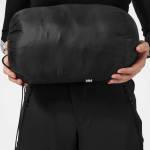 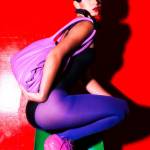 GANT CELEBRATES THE UNIQUE AND EXTRAORDINARY IN NEW FW22 CAMPAIGN

73-year-old American sportswear brand, GANT, reveals its FW22 campaign – “A Love Letter to New York”, launching globally today. GANT was founded in 1949 on the university campuses along the East Coast, and the new campaign is a loving tribute to the brand’s heritage, the collection itself inspired by the creative expression present in New York streets.

In a celebration of the unique and extraordinary, the nostalgic campaign features a community of free thinkers, each with a style of their own. Meet a beauty icon that challenges homogeneity, a bassist who jumps decades, continents and gender when she dresses, and a magazine editor who skillfully balances heritage and modernism in his own unique style.

“A Love Letter to New York really embodies the journey we’re on as a brand. The campaign celebrates the inspiration of our FW22 collection: 1970s and 1980s New York cool. The clubs, the streets, the hustlers, the glitterati, the Upper East side – all gathered in the same room”, said Christopher Bastin, GANT Creative Director.

“It’s an honor to collaborate with some of my biggest style icons and mood board heroes, to make it all come alive”, he added.

Jake Wesley Rogers – American singer-songwriter. He is constantly on the lookout for inspiration from the world around him and moves fluidly between genres, creating his own personal style. To fuel his creativity, Jake turns to his community for “inspiration, power and support”.

Jazzelle – An alternative beauty icon. Jazzelle refuses to be limited, defining their style as the multiverse. They approach fashion with an unedited eye, playing around with the meaning of identity.

Ben Cobb – Magazine editor, cultural tastemaker and London-born and bred. He is currently the editor of ES Magazine, a lifestyle and entertainment publication dedicated to the capital city he calls home. Ben skillfully balances heritage and modernism, expressing his unique identity through his style.

Staz Lindes – London-born, Los Angeles-raised, bassist in garage band The Paranoyds, and the face of a new generation of red-carpet models. Staz moves between rock club and catwalk and her style can best be described as kitschy, effortless and alluring.

Jack James Busa – Actor, musician, and half of New York-based DJ duo The Muses, Jack emanates electricity and wit. Having spent his childhood in imaginary worlds, he now brings his creative impulses to the streets, staying true to his vision and seeking refuge in his own version of comfort.

LZ Granderson – Poet, dancer, and performance artist. LZ Granderson makes it his work in the world to build resilient communities. Joining GANT on a day and night in New York City, Granderson impressed as a natural leader, with his unique style and powerful sense of self, preceding his every fashionable footstep.

Yidan Huang – With a degree from the Southwestern University of Finance and Economics in Chengdu, China, Yidan Huang went on to pursue an international modeling career spanning from New York to Asia, gracing runways and editorial alike.

Daniel Walters – Self-declared cultivator of art and community, Daniel emits the very essence of New York City from his stylishly clad skin. Art gallerist by day and half of DJ duo The Muses by night, Daniel evokes a sense of elegance and modernity. Cultivating crea- tivity both day and night, he reminds us that a strong sense of style makes the world a greater place to call home.