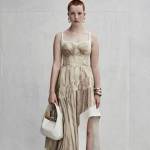 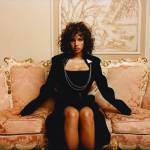 In this series, we discover the hidden gems and the very best that Amsterdam’s nightlife has to offer. With all the creative brainpower in this city, it is no wonder that there is a new event, venue, or DJ around every corner. Let Numéro guide you through the electronic maze.

Most events start with the idea of organizing one, but CLUB.RECORD started out as a repost account during the pandemic. Now, two years later, CLUB.RECORD is a household name in the Amsterdam club scene. We had the pleasure of speaking with founder Sam Kollmann (24) about how his love for house music literally became his life.

“I started the CLUB.RECORD Instagram account during the lockdown. I missed going out, so I started reposting old videos from before corona. I always had an interest in events, music, and social media. It was very well received because everyone was stuck at home. Through the account, people could experience a little bit of that club ambiance that they were missing. Within three months, we gained over 4000 followers. This has now grown to over 14.000 followers on both accounts, a podcast series, release radar, clothing line, and events.”

“Lovelee hosted a weekly radio show during the lockdown. And I just send them an email, if they were down for a collaboration. And Lovelee liked the idea. We started a monthly CLUB.RECORD live stream. Our kickoff livestream featured promising young DJs from Amsterdam, who were at the start of their careers. Yet again, it was very well received. I launched a clothing range, which sold out in just two days. After the summer, we hosted one big live stream on a rooftop with Artmann, Easttown, Daan Steenman, Tom Adrian, LAVY, and Eli Samuel. DJs that are now well-known in the scene. These live streams had over 30.000 streams.”

After a successful (online) collaboration with Lovelee, a clothing range, and an ever-growing Instagram page, the summer of 2021 came. Restrictions were lifted, and Sam wanted to go bigger: “It felt like the right move to host CLUB.RECORD’s first event. I planned a boat party that could host around 200 people. Everything was ready to go, and then the restrictions came back. I thought: ‘fuck it, we were going to be on the water anyway.’ The ticket sale went live and within 55 minutes all of the tickets were sold. The day itself exceeded everyone’s expectations, it was unreal. Months later, when we were still in the after-glow of the boat party, I got a call from Julien Simmons: ‘if I wanted to host a club night in Lovelee.’ But there was one catch; It was the Saturday after ADE, which is a very tough evening to fill a club. Everyone is drained from all the parties, and there were still some restrictions: clubs could only be open until midnight. Around 600 people showed up, so it ended up like a successful night. Lovelee was more than pleased, and the CLUB.RECORD club nights were official.”

“Our line-up is unique because we bring grey areas within the electronic spectrum together. We offer young talent a stage where they can evolve themselves and their music, and inspire the audience. At CLUB.RECORD you can expect the grey areas to be filled, and maybe we even develop a future subgenre. In the past year, our line-up was filled with great names like Mateo Dufour, Duowe, Le Louche, Laidlaw, Daan Steenman, Tuccillo, Den Haas, Mahabe, Mavochi, Eileen, Julian Anthony, and many more.”

“CLUB.RECORD was growing fast, and it was time to get more serious. No more reposts, just our own content. We started the rebranding with the guys from Studio Vliering. The artwork is based on old rave posters with a modern twist. Not only got the artwork more professional, but I also thought about how we want to profile and where we want to go with this. More Lovelee club nights went by, an event in London at the Star Lane Pizza Bar London and an ADE event at the Hollandsche Manege with One. The plans for 2023 are even bigger. I’m working hard to get a strong team together to host independent events, with our own all-round platform and our own productions. We are aiming for full independent events and a few smaller ones in between. 2023 is going to be the year of CLUB.RECORD.”

Sam started out without knowing anyone in Amsterdam or the industry. After establishing CLUB.RECORD as a go-to event for house lovers. And he also made quite a name for himself. He is also the tour manager of Chris Stussy, stage manager at No Art events, and he does the management of DJ Daan Steenman. Not bad for someone that started out with reposting videos on Instagram.

IN CONVERSATION WITH SOFIA WYLIE