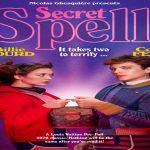 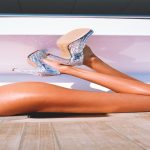 Fosbury & Sons has moved into the former Prinsengrachtziekenhuis (Prinsengracht Hospital) in Amsterdam. The final redevelopment phase has been completed – the building, listed as national monument, has been entirely transformed into stylishly appointed offices and work places, inspiring meeting rooms, event spaces, and a restaurant where entrepreneurs and companies can meet and mingle.

Fosbury & Sons Prinsengracht, the first international location of the eponymous Belgian co-working concept, occupies 6,000 sqm. (64,583 sq.ft.) of an imposing monumental building. The iconic premises offer room for more than 250 companies and entrepreneurs. The founders of companies such as Blendle, Van Moof, TicketSwap, Ace & Tate, Top Notch, Tony Chocolonely, The Media Nanny and Temper are among the first members of Fosbury & Sons Prinsengracht.

‘It’s our first location outside Belgium’, says Stijn Geeraets, co-founder of Fosbury & Sons. ‘It speaks for itself to launch in a leading business hub such as Amsterdam. While researching suitable locations we came across the building’s owners, Millten (Foppe Eshuis and Lennard Rottier) and Million Monkeys (Maarten Beucker Andreae). As partners we opted for a joint venture to operate the former Prinsengrachtziekenhuis. It’s almost unreal that we’ve been able to occupy this beautiful canalside building with so much history. Obviously, we treated it with utmost respect, and we set out to make it a special place for locals. Also, we believe the Netherlands are ready for our vision of beautifully appointed work places with a professional yet welcoming atmosphere’.

The interior design of Fosbury & Sons Prinsengracht has been created by design duo Going East. The aim to restore the structure’s former glory and grandeur has been used as a starting point. ‘We decided to reinstall parquet flooring in the suites, just like we had seen in old photographs’, says Going East designer Anaïs Torfs. We intended to recreate an authentic Italian palazzo atmosphere alongside the canals. We emphasized the beautiful arches and some of the dilapidated ceilings have intentionally been retained. This has resulted in an interior where contrasts take centre stage: old vs. new and classic vs. modern, along with detailing in colourful marble, rich wool fabrics and vintage design.

Beside design, art plays a pivotal role in the interior design. In collaboration with Grimm Gallery and The Ravestijn Gallery the communal spaces are adorned by modern art and photo works. On display are eye-catching sculptures by American artist Nick van Woert, all curated by Grimm Gallery. Additionally, works by lensman Koen Hauser (The Ravestijn Gallery) are presented which feature a bold and contemporary take on still life. Last but not least, a series of custom artworks by artist Sarah Yu Zeebroek add a Belgian touch.

Next to the stylish offices and meeting rooms, members are able to meet at the Fosbury & Sons Café. Occupying 230 sqm. (2,476 sq.ft.), it is situated alongside an idyllic and sheltered inner garden. Members can indulge in special dishes and international classics, all freshly prepared on a daily basis by its very own chef. The venue can also be accessed through a half-day membership (breakfast or afternoon treat included) or a full-day membership (lunch included).

The building which Fosbury & Sons occupies a 19th century building which was known as Prinsengrachtziekenhuis (Prinsengracht Hospital) until 2014. Since 1994 it served as a branch of Onze Lieve Vrouwe Gasthuis (OLVG Hospital) and gained the status of outpatient clinic. The last beds disappeared two years later. In 2014 the building was sold to Millten and Million Monkeys. Commissioned by real estate developer Millten, and in collaboration with architect Roberto Meyer of MVSA Architects, the monumental building has been thoroughly renovated over the course of five years.

Fosbury & Sons Prinsengracht is the first branch outside Belgium of Fosbury & Sons. The company was founded in 2016 by Serge Hannecart, Stijn Geeraets and Maarten Van Gool who set out to radically change the office world with the motto ‘Not Your Ordinary Office’. Following the first location at the WATT Tower in Antwerp, a 7,000 sqm. (75,347 sq.ft.) was launched on the premises of a modernist landmark building in Brussels by Polish-Belgian architect Constantin Brodzki. Additionally, Fosbury & Sons opened two other venues in Brussels in 2019. Fosbury & Sons Prinsengracht is the first Dutch location of the Antwerp-based company. A second Dutch location in the Amsterdam Westerdok area is currently being developed and is expected to open by the end of this year. Additional branches are to open shortly in Antwerp, Valencia, Ghent, and The Hague.

Fosbury & Sons is the answer to bland office space and monotonous work by offering its members not only a pleasant environment, but also full autonomy, flexibility, connectivity with other entrepreneurs and companies, and a necessary dose of fun. Fosbury & Sons adheres to the importance of a balance between work and private life and offers members a professional work place, including useful services which help raise the quality of the aforementioned balance. As a member, you are able to enjoy a professional office with living room-inspired comfort, the services and atmosphere of a hotel, and the fun level that equals having a day off. Mind you, your friends and family are equally welcome to enjoy lunch together or to attend one of the many events held on the premises. Needless to say, it is a perfect example of how private life and work are intertwined hassle- free.

Bottega Veneta’s Spring campaign is a vision of hedonistic aspiration