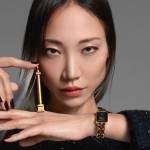 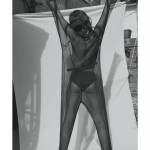 “Rome: this is where we all belong, and this is where everything starts” Pierpaolo Piccioli, Creative Director of Maison Valentino.

DOHA, QATAR – On the occasion of the year-round national cultural movement Qatar Creates, Qatar Museums and Maison Valentino will present “ Forever Valentino”, a major perspective exhibition that pays homage to its founder Valentino Garavani and its still-unfolding heritage of Haute Couture excellence, at M7, the design and innovation hub located in Msheireb Downtown Doha, on view from 28 October 2022 to 1 April 2023. A stunning theatrical experience, “Forever Valentino” is an exploration of the Haute Couture codes of the Maison and a voyage through Rome, Valentino’s home, the place where everything started and where its identity belongs to.

“Forever Valentino” is the Maison’s largest exhibition to date and its first presentation in the Middle East. Coinciding with Valentino Garavani’s 90th birthday and the unveiling of the Valentino Autumn/Winter 2022 Haute Couture collection in the heart of Rome, the exhibition is conceived as a vast panoramic view of the history of the Maison, embedded in scenography evoking the Eternal City, which has been Valentino’s home since its foundation in 1959.

“Forever Valentino” builds a dream-like image of the city of Rome, guiding viewers in and out of palazzos, squares, and courtyards, while simultaneously allowing exclusive access to secluded, intimate spaces such as the celebrated Valentino Ateliers, the storied archives of the Maison, and the fitting salons in the fabled headquarters of Piazza Mignanelli. The exhibition depicts an instant city constructed as a collage of environments and experiences in which Valentino’s creations are displayed in dialogue with many of the sources of inspiration that have stirred up the creativity of both the founder Valentino Garavani and his successor Pierpaolo Piccioli.

Through the juxtapositions of different atmospheres and narratives, the exhibition composes an emotional dramaturgy inspired by the capriccio, an 18th century art form that combined disparate views of cities and architectures, re-imagining them as fantastical landscapes of the mind. Conceived by geniuses of the Baroque such as Giovanni Antonio Canaletto and Giovanni Battista Piranesi, the art of the capriccio turned marvelous Italian vistas into enchanted mirages, creating many of the icons and myths, which still inform the perception of Italy both locally and internationally. Fashion itself is, of course, composed of capriccios – of fantasies, inspirations made material, art,
music, culture translated to cloth.

Featuring over 200 Valentino Haute Couture pieces and pret-à-porter outfits – presented on mannequins by La Rosa – accompanied by accessories and fashion objects displayed in an immersive scenography, “Forever Valentino” weaves a richly textured image of the city of Rome inlaid with private memories and precious discoveries from the Maison’s six decades-long history, including rarely seen ensembles designed for the likes of Elizabeth Taylor, Jacqueline Kennedy and, more recently, Zendaya, along with stunning creations and virtuosistic examples of Valentino’s legendary cult of excellence. The exhibition will include ensembles from the private collection of Her Highness Sheikha Moza bint Nasser, a long-standing client of Valentino.

The codes of Valentino and the methodologies of Haute Couture are explored throughout the spaces of this reimagined Rome. The clothes, spanning the entire life of the Maison Valentino, both echo and contradict their surroundings: like the city, they too can be simultaneously spectacular yet intimate, quotidian and exceptional. Rather than recontextualized within the walls of a museum, here Valentino’s creations evoke their own context: transporting with them the traces of the placeof their creation, they are discovered within their natural habitat. Pieces are chosen instinctively, emotionally, evoking the joy of color, the dignity and grace of Romanesque architecture, the love stitched into every seam – an emotional resonance that is the raison d’etre of Haute Couture. Part of the history of fashion, of culture, and of Rome, Valentino’s creations appear embedded into both the heritage of the house and of their birthplace.

Few brands have established a profound connection to its locale as Valentino built with Rome, cultivating a never-ending love affair with the eternal city, where Valentino Garavani had founded his Maison in 1959, at the height of the Dolce Vita, inaugurating his headquarters in the heart of the city’s historic center. In the work of Valentino Garavani’s successor, Pierpaolo Piccioli, Rome appears less as an exclusive emblem of opulence and more as a vibrant, multicultural metropolis –a polyphonic crucible of communities and voices that translate into a complex fabric of both grand spectacles and personal intimacies.

“Forever Valentino” stages a pop-up, dream-like vision of Rome which is even more enticing when seen in Doha, a city where the past and the future meet at vertiginous speed.