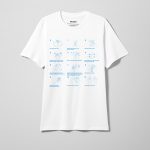 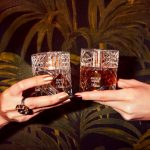 LALA Tequila’s mission goes as follows: ‘Let’s change tequila culture. One sip at a time.’ No longer shots at 3AM but consciously enjoying a spirit that was made with a whole lot of love. LALA Tequila is meant to drink during nights that may last forever, to hold when dancing in the a ernoon, to enjoy a er an inspiring dinner and to toast with to success. Or failure. Whatever works for you. As long as you don’t forget to celebrate life, in all its aspects, LALA Tequila is satisfied. Yesterday the female founded, first ever Dutch tequila brand ever, got launched in Amsterdam.

LALA Tequila was founded in 2020 by two female entrepreneurs from Amsterdam: Iris Sijlmans and Ambre van de Berg. While Iris is a Tax Consultant by origin, Ambre has been working as a yoga teacher and producer at organisations such as 109 World and Yoga Girl. Both traveled the world for years and years; from Capetown to Aruba and a lot in between. They met in NYC, where they became friends for life. And it didn’t stop with just the two of them; the notorious spirit tequila also got involved. The latter turned out to be crazy popular in the city that never sleeps and both women fell in love. Ambre: ‘Our love for tequila got fed by a fascination for the production process: we got charmed by the authentic cra smanship which is involved with making tequila. Besides all that: agave is a plant that needs to grow for years and therefore has a deeply rooted connection with nature.’

From NYC, to Amsterdam, to Mexico:

Once back from Amsterdam, Iris as well as Ambre missed the funky drink. The quality variant in particular, was hard to find. As things go: during a night of drinking and talking about life a spontaneous idea got born: the twosome decided to leave for Mexico and make their own tequila. The search for the perfect distillery started with a small batch brand of which they both really enjoyed drinking a glass. It turned out to be produced by their current distillery.

LALA Tequila is a 100% agave which is produced at an award-winning distillery in Jalisco, Mexico. By cooperating with this experienced, local family business, which owns its own agave fields, plus a little factory, LALA Tequila is assured to deliver bottles which not only look good, but also hold impressive contents. The ground of the Jalisco highlands contains lots of minerals, which makes this tequila so er and sweeter than regular tequila’s. It results in citrus tones at first taste and a finish which reminds you of white pepper, yasmin and freshly mowed grass.

The quality that LALA Tequila strives for doesn’t stop at looks and taste. Iris: ‘We, just like our product, try to stay as close to nature as possible. That’s why we decided to partner with non-profit organisation CHOOOSE. This organisation makes sure to offset all carbon emissions for every case sold.’ And with that, we’ve come full circle: LALA Tequila chooses a different path, by which it changes tequila culture. Bottle by bottle. And one sip at a time.